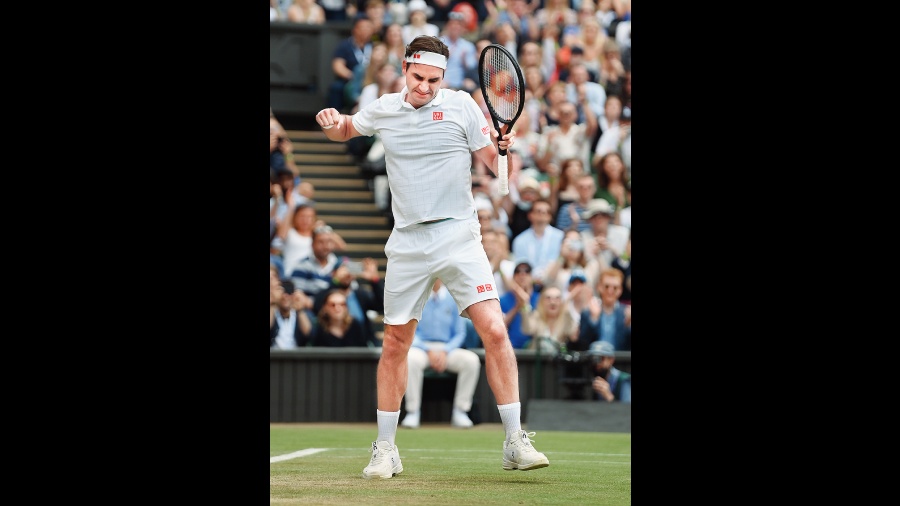 Book name: The Master: The Brilliant career of Roger Federer

As Roger Federer’s career unfolded, the records kept tumbling. But records also need to be read in their contexts. Björn Borg or Jimmy Connors hardly ever went to Australia; the Rod Laver generation was banned from playing in these tournaments when they turned professional. While they are a measure of greatness, such records do not yield the whole picture. And the whole picture is precisely what Christopher Clarey, a sports journalist with The New York Times, is after in his biography of Federer.

The book covers the whole of Federer’s career, from his childhood and the formative years in Switzerland to the first breakthrough on the international scene to his latest great match, the defeat against Novak Djokovic in the 2019 Wimbledon final. It relies heavily on interviews as well as on Clarey’s experiences of reporting on tennis. His knowledge of the game is faultless. He has watched Federer throughout his career and conveys his admiration for the player and for the man. While there are moments when the reader may feel slightly overwhelmed by the number of quotations from famous or less famous people who need to express something about Federer, the analysis of his career is thoroughly documented. Clarey also identifies the people who played an important role: Peter Carter, his Australian coach, who died suddenly; Pierre Paganini, his physical trainer; the succession of coaches; his family environment. He analyses the evolution in Federer’s game — the backhand that had to improve; the change in racket which enabled him to control Rafael Nadal’s topspin better in 2017. Clarey attempts to understand what characterizes Federer as sportsman and sports icon. One answer lies in the tension between the appearance of ease and the hard work and grit underneath.

Federer’s career took a couple of years to get started: up until Wimbledon 2003, he was on a learning curve, not having enough focus, getting upset on court, with good but not great results. It all came together at Wimbledon 2003, with smooth victories over Andy Roddick in the semi-final and Mark Philippoussis in the final, which were the result of extraordinary effort.

From 2003, Federer was comfortably ahead of everyone else, winning three of the four majors in 2004 (as well as in 2006 and 2007). The Federer myth was probably built in those years. In 2016, he twisted his knee, while Nadal had a wrist operation. There was the sense of the end of an era. But then he came back to beat Nadal at the Australian Open. And he was off again, reaching twenty Grand Slam titles in 2018 at the Australian Open.

Federer is not only one of the greatest tennis players but also a businessman. Clarey devotes the penultimate chapter to his world exposure. In mid-2020, Forbes named Federer as the world’s highest-paid athlete, estimating his annual income at $106.3 million, only $6.3 million of which was official prize money. Myths also carry a price tag.