Searching for those vanishing roots

Everything the Light Touches embodies the very best of eco fiction — a genre that has, for good reason, gripped the artistic imagination across the world 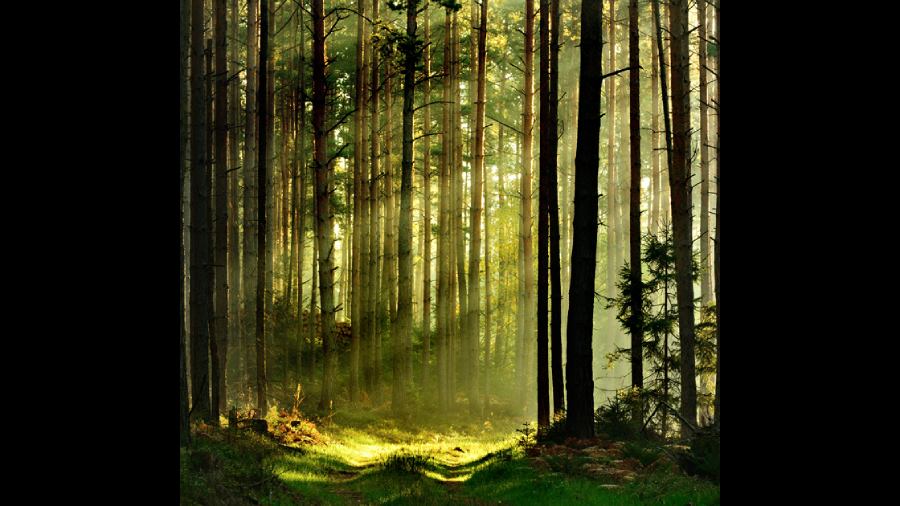 Book: Everything The Light Touches: A Novel

A cross-section of an ancient tree will reveal concentric rings that indicate its growth, with the innermost circle going back to the tree’s inception. The narrative structure of Janice Pariat’s Everything the Light Touches is similar to such a cross-section. At the centre of it is the age-old relationship — sometimes symbiotic, at other times antagonistic — between humans and nature, with the lives of four characters, separated by time and geography, forming the circles that are gathered around the central theme. That Pariat is skilled at building intricate narrative structures is no secret; she had done this splendidly in The Nine-Chambered Heart (2017).

In this novel, she begins in the present with Shai, a woman who travels back to Meghalaya in search of her roots where her conservationist father tells her about talking trees, their vocabulary, and capacity for memory. Going further back in time, we meet Evelyn, a student of botany in Edwardian England, who defies convention to travel to India to raise important questions about marginalisations in the world of scientific pedagogy. Evelyn, in turn, is inspired by Johann Wolfgang von Goethe, the German poet, who was also a little-known but keen naturalist who chafed against studying plants as inanimate objects. At the heart of this layered narrative is Carl Linnaeus, the father of modern scientific taxonomy, who had boastfully declared, “Deus Creavit, Linnaeus Disposuit (God created, Linnaeus organised).” Even though Shai, Evelyn, Goethe and Linnaeus never cross paths, their lives are interlaced owing not just to their insatiable curiosity but also because of their efforts to redefine the paradigms of scientific enquiry.

How was botanical knowledge sought, gathered and processed? Whose methods were considered sound and ‘scientific’? How and why was the history of science “pruned and neatened” and by who? Whose voice was erased in the process? These are some of the questions pondered — and rallied against — by Pariat’s characters. The kinds of marginalisation that are exposed are multifarious. Was Evelyn overlooked only because she was a woman daring to set foot in what was, back then, a man’s world? But that would not explain why Goethe’s subjective and personal approach to science was dismissed in favour of Linnaeus’s more sterilised vision. Yet, Goethe’s worldview is more popularly known than the ‘rustic’ wisdom of Shai’s father or grandmother. Pariat acts as the great leveller, putting each of these sources of knowledge on the same plane. Although no one voice is dominated by that of another, the author’s focus is on the ignored and repressed wealth of insights that lies somewhere between the two contradictory outlooks of Goethe and Linnaeus.

Each of the characters undertakes a journey — Goethe travels to Italy, Linnaeus to Lapland, Evelyn to India and Shai to Meghalaya — allowing Pariat to expose the practical and universal aspects of man’s relationship with nature, such as land ownership rights and the suppression of indigenous voices. These silenced voices may hold the key to saving the world. Pariat repeatedly underlines the significance of exploring how indigenous communities have been in tune with nature and the need to nurture it to secure their future. To achieve this, the author incorporates indigenous myths and folklore that emphasise the necessity of protecting our ecological inheritance. Take, for instance, the Khasi folklore about Diengiei, a giant tree at the top of a hill which is said to have been planted by god as a covenant of co-existence among creatures big and small. But man, in his foolish greed, cuts down the tree for prosperity. This drowns the world in endless grief until the divine Lei-Synshar suggests the setting up of ki law kyntang or sacred groves that must be guarded at all costs.

Everything the Light Touches embodies the very best of eco fiction — a genre that has, for good reason, gripped the artistic imagination across the world. The book tries to get to the root of the inequalities and discriminations that have led to the present devastation by historicising what is often mistaken as a contemporary concern. The battle in Pariat’s mind is not between man and nature but between the corrosiveness of so-called progress and the more sustainable lifestyles of our ancestors. The novel is also pervaded by a kind of melancholy that is unique to literature about the Anthropocene that manifests itself as sadness at beholding the beauty of wilderness for it comes with a reminder of loss and annihilation.

Pariat is also skilled at experimenting with narrative techniques. Shai’s account is a first-person narrative; Goethe’s story is told by an omniscient narrator and interspersed with details such as rough sketches of leaves and so on; Evelyn is discovered through a third-person narrator as well but her story reads like a journal of sorts; the most experimental bit though are the poems that emerge from Linnaeus’s field notes. Yet, these disparate branches seamlessly come together to form an interconnected and a symbiotic forest of ideas.