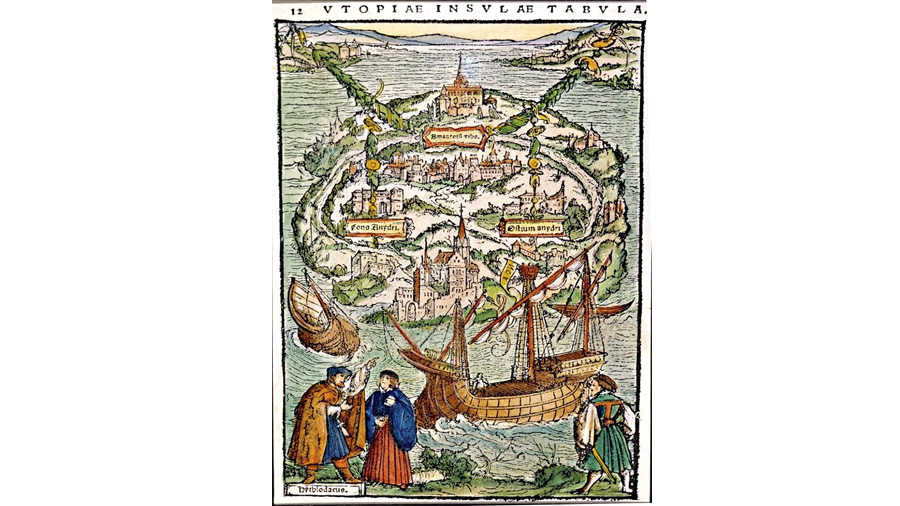 Perhaps the most striking quality of the volume, Urban Utopias: Memory, Rights, and Speculation, lies in the range of its concerns and engagements. From nineteenth-century Calcutta to present-day Amsterdam, from the private domain of the body to the public space of the city, from imagined communities to cartographic realities, this slim volume articulates the many interfaces that complicate what one would mean by the phrase, ‘urban utopia’. There are nine essays and one creative piece, each distinctly different in terms of its engagement with the idea of the utopic and, yet, connected through what the editor conceptualizes as “sites and contexts for the production and circulation of utopias and memory across nations and cultures”.

There are two probing questions that the volume seeks to both ask and address. First, how, if at all, do the inhabitants of a city remember, live, and envision the space as an utopia? Second, is there an inevitable intersection within the urban space of memory and utopia — the mnemonic reaching out through inexplicable ways to the utopic within the site of the urban, the city, the metropolis, that is, by its very nature, contestatory, fractious and heterogeneous? The implicit focus of the essays in the volume is, therefore, to chart a possible trajectory of ‘urban social dreaming’— the many tangential, contingent and, sometimes, precarious narratives that the inhabitants of a city space adapt to in order to realize or conceptualize the utopic. This volume is an attempt to map the possibilities, across time and space, of alternative cultural geographies that have a definite political intent to transform or redefine the lived space. The editor clearly notes, however, that through its various approaches of the historical, the literary, the linguistic or the medial the volume “argues against facile generalisations”. 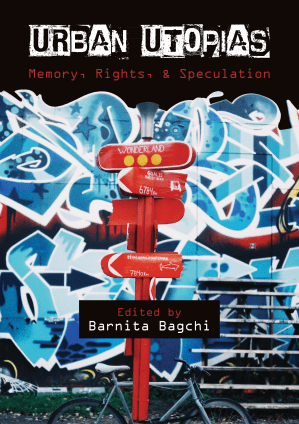 It is not possible, within the short space of this review, to talk about all the essays. However, the eclectic nature of the editor’s project is evident from the varied choice of subject matter, ranging from town-planning in early twentieth-century Calcutta to conceptualizing the space of the university; from imagining the utopic in the city of Utrecht to the politics of disability; from an analysis of trans-urban cinema in Pakistan, the utopic in Manga, to the treatment of urban utopia in Hollywood science fiction. In most of these pieces, the utopic is imagined not only as a site of “hope and desire” but one of urban dreaming that is inevitably qualified by the political, as a contingent slice of time and/or space that always exists as the other side of post-capitalist disillusion, or the ominous possibility of the dystopic. In its ethos, the volume stands as a material marker of the intervention of the utopic, of the possibility and the intention of the imagination as a player in spite of the barriers, a continuous and uneasy reminder of alternative possibilities and narratives that may be retold. As Abhijit Gupta points out in his essay on the space of the university: “What purpose would such a retelling serve? To begin with, it would enable us to reengage with the utopic imagination which went into the founding of the university, as opposed to the largely neoliberal and instrumental logic which informs higher education today.” It is in this incessant recontextualization, a reminder of the shifting dynamics of the utopic within the political, that the larger importance of this volume is made evident. This is where Hans Sakkers and Barnita Bagchi intervene with their contextual reminder: “Even though the word was invented in Europe in 1516 by Thomas More, utopia has manifestations in and has travelled between all inhabited continents. Utopia manifests itself in the city, across the world.” Although this is perhaps where the only lack of the volume is evident. And it is an important lack. Within the elisions and assumptions, continents have been left out, but most of all, Africa. The reader would surely miss an engagement with Africa, a space that is perhaps most in need of such reimagining and refashioning. Maybe this is from where the next volume of essays on urban utopia will be conceived.

For this reader, the most striking essay in the volume has been the one on global disability by Paul van Trigt. An empirical look into Het Dorp, a neighbourhood near the Dutch city of Arnhem that was “designed to promote the optimum happiness of people with physical disabilities”. Trigt reads Missing Pieces, a memoir of Irving Zola, differently abled himself, who writes about his time in Het Dorp. Trigt elicits Zola’s contention that “this utopia was not the utopia of people with disabilities but one for people with disabilities” and reads it as a possible implosion of the idea of the utopic itself. However, Trigt reads Missing Pieces against its grain and, by discovering in it a subtle lack of concern for the Global South, deconstructs the political intent of the memoir. He writes: “I would not say that the Anglo-Saxon disability movement is without utopias and alternative imaginations of the social, but fighting against the utopias formulated by others and finding ways to improve the lives of individuals with disabilities seems to have become more urgent.” This is an important volume and the discerning reader will eagerly wait for the next.