Turner provides an engaging account of the Pilgrims, from their initiation into radical Calvinist theology to their investment in the colonial politics of the New World 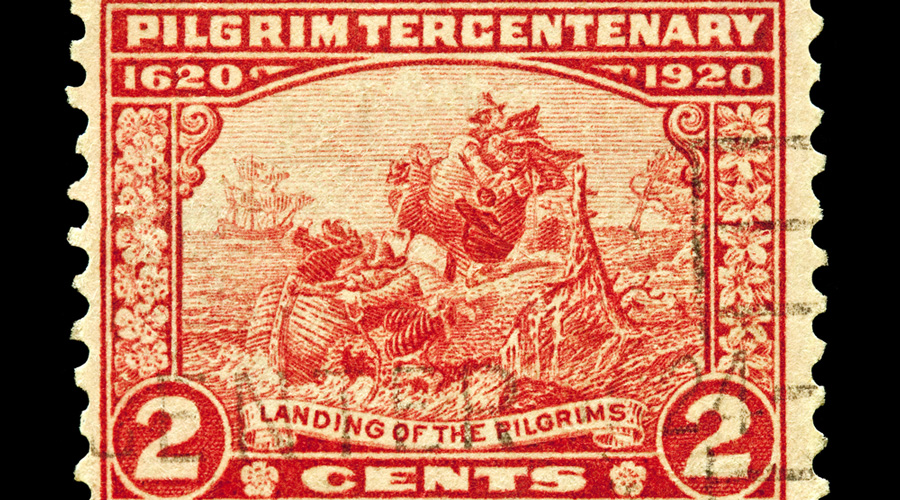 Book: They knew they were Pilgrims: Plymouth Colony and the Contest for American Liberty

The Pilgrim Fathers is the conventional name for a group of English separatists who fled religious persecution in Protestant England during the reign of James I to establish the second English colony in the New World. I use the word, conventional, to indicate that according to historians, the group of separatists who landed on the shores of Cape Cod four hundred years ago in 1620 were rarely known as Pilgrims before the 18th century when their arduous journey on the Mayflower came to be rendered in heroic hagiographies. If at all the motley group of ministers and lay worshippers who made the voyage across the Atlantic had any sense of themselves as ‘pilgrims’, it was in a specifically Christian sense of being ‘pilgrims and strangers on earth who had their eyes affixed on the heavens’. By the 18th century, however, they were pilgrims in quest of a society of Godly rule. Unlike earlier colonists, the ‘Pilgrim Fathers’ onboard the Mayflower migrated primarily to establish a community where they could exercise self-government and practise their religion freely while maintaining their English identity. Apart from the heroic and moral appeal of their story, the Pilgrim Fathers’ founding of Plymouth Colony in Massachusetts and its historic charter, the Mayflower Compact, have become integral to the articulation of American political identity. As the author, James Turner, observes, “by the early nineteenth century, the Pilgrims had become symbols of republicanism, democracy, and religious toleration.” They became part of a national narrative that asserted the centuries-old American commitment to the principle of Liberty.

Yet, even as the Pilgrim Fathers were deified in both political discourse and popular culture, academic historians were not to keen to endow Plymouth Colony or, indeed, the Mayflower Compact with much significance. Plymouth Colony in the magisterial history of The New England Mind by the Harvard historian, Perry Miller, was a political and cultural backwater, barren and impoverished with little to contribute to the robust debates on Puritan worship, religious toleration and Christian liberty that reverberated in the larger and prosperous colony of Massachusetts Bay. Plymouth’s heroic stature in public discourse was also dented in the mid-20th century in revisionist scholarship that drew attention to the violence, persecution, enslavement and dispossession of Native Americans that accompanied their project of Godly rule on earth. 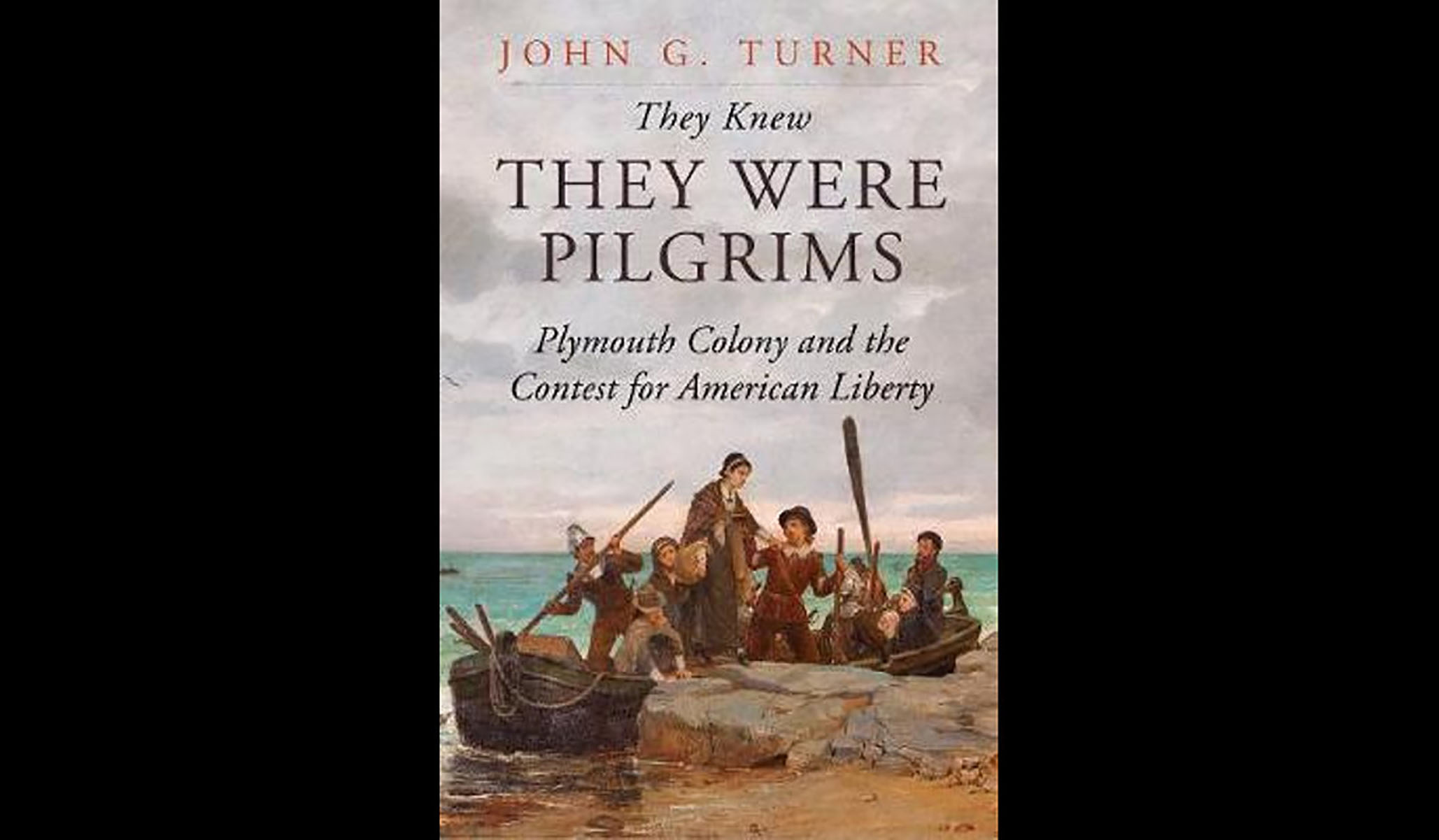 They knew they were Pilgrims: Plymouth Colony and the Contest for American Liberty by John G. Turner, Yale, $30
Amazon

Turner’s book alternately affirms and challenges both critics and devotees of the Pilgrim Fathers. He prods his readers to reflect on the reasons why we need to retrieve Plymouth Colony from both academic condescension and popular mythology. For him the fundamental significance of this exercise is to make a case for historicizing religious and political thought in ways not done before. Put simply, his history of Plymouth in all its granular detail is not merely to salvage and interpret new material in support of his thesis on the enduring significance of the colony in American history but to explore the complex genealogies of the idea of liberty in the American colonies and their implications for contemporary debates on what constitutes the foundational values of American democracy.

Turner’s book runs along three thematic axes: the first follows a narrative arc that recounts seventy years of the Plymouth Settlement until its incorporation into Massachusetts Bay in 1691 and records the tensions, ambivalences and violence that marked the Pilgrims’ encounter with Native Wampanoags; the second selects specific episodes in the life and times of the colony when the colony’s governors, ministers or citizens had to confront and debate the twin aspects of Christian liberty-political liberty and liberty of conscience. The third and final axis introduces a comparative lens through which he teases out the differing political and religious registers through which the colonies of Massachusetts Bay, Rhode Island and Plymouth defined ‘liberty’ for themselves and for those they deemed their ‘others’. The range of such ‘others’ could include Jews, Quakers, Baptists or more critically Native Americans. Turner positions Plymouth as a “middle-of the road colony”, which was far less coercive in the imposition of rules of worship and religious discipline than Massachusetts Bay and yet displayed far less tolerance of dissent and individual liberty than in the unusually progressive Rhode Island colony. For Turner, the Plymouth colonists carried within them the anxieties and aspirations of a pioneering group of English Separatists who cherished the moral force of Christian liberty but were yet to ascertain who were entitled to such liberties and under what conditions.

Turner provides an engaging account of the Pilgrims, from their initiation into radical Calvinist theology to their investment in the colonial politics of the New World. To readers familiar with the history of the English Reformation and the birth of radical Protestant theology in England in the late 16th and early 17th century, Turner’s first three chapters will offer a delightful glimpse into the separatist churches in London, Norfolk and the East Midlands and into the lives of ordinary men and women — often weavers, drapers, carpenters — who would rally behind their dissenting ministers and cast their lot as pilgrims on an unknown journey.  The chapter on the separatists’ move into the more religiously liberal Holland from 1593 draws the reader into the deep existential struggles that triggered their decision to enter into an agreement with a group of English investors to embark on a journey to establish a new colony in North America and make the dangerous Atlantic crossing in 1620.

Four hundred years later, Turner re-tells a familiar story, but with academic rigour and a fine historical sensibility. He deftly demonstrates how a history of Christian liberty could be written not only through a study of canonical texts but through a deeper dive into the many lives of ‘liberty’ as it took shape in the everyday life of Christian worship, in thought and practice, through contest and consensus and, more significantly, through the larger history of colonization and cultural encounters with the ‘other’.