A touch of intrigue

'The Presidential Years: 2012-2017' does not contain any disclosure or opinion that could not have been made in Mukherjee’s lifetime 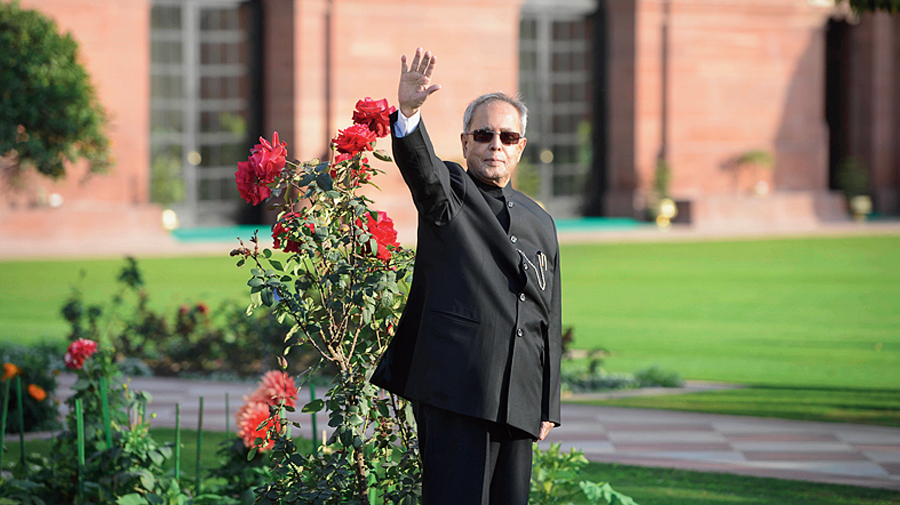 The fourth and the final volume of the memoirs of the late former president, Pranab Mukherjee, leaves readers a shade intrigued. He had earlier revealed that the last part, on his years in Rashtrapati Bhavan, would be published posthumously. Usually, when public figures hold back the publication of a memoir, it stirs speculation; secrets that may be revealed and reputations which could get tarnished.

This book, however, does not contain any disclosure or opinion that could not have been made in Mukherjee’s lifetime. At worst, it would have made a tense relationship more frosty or resulted in a few fellow politicians ‘unfriending’ him. The book on his presidential years is true to Mukherjee being a constitutional conservative. Yet the book goes beyond developments between 2012-17, with Mukherjee ‘strategically’ choosing subjects outside this time frame.

His deep hurt for being overlooked for the prime ministerial office in 2004 is articulated. He claims that if he had become the premier, the Congress “might have averted the 2014 Lok Sabha drubbing”. There is no explanation how this would have been possible; he certainly was no mass leader with the ability to match Narendra Modi’s vote-catching abilities.

Mukherjee’s steady refrain was that the Constitution was his reference manual. On unspecified matters, various presidents acted differently. S.D. Sharma, for instance, had invited Atal Bihari Vajpayee to form the government in 1996 merely because he was the leader of the largest parliamentary party, without considering whether he could provide a stable government. K.R. Narayanan, in contrast, in 1998, awaited letters of support from parties before giving Vajpayee a call.

Mukherjee discloses that he had estimated that the Bharatiya Janata Party would win 195-200 Lok Sabha seats in 2014. He firmed up his view that even if the Congress won a few less, he would still ask the party to form the government because it held the promise of a “stable government”. That he “would not be neutral between stability and instability” was a premeditated decision. 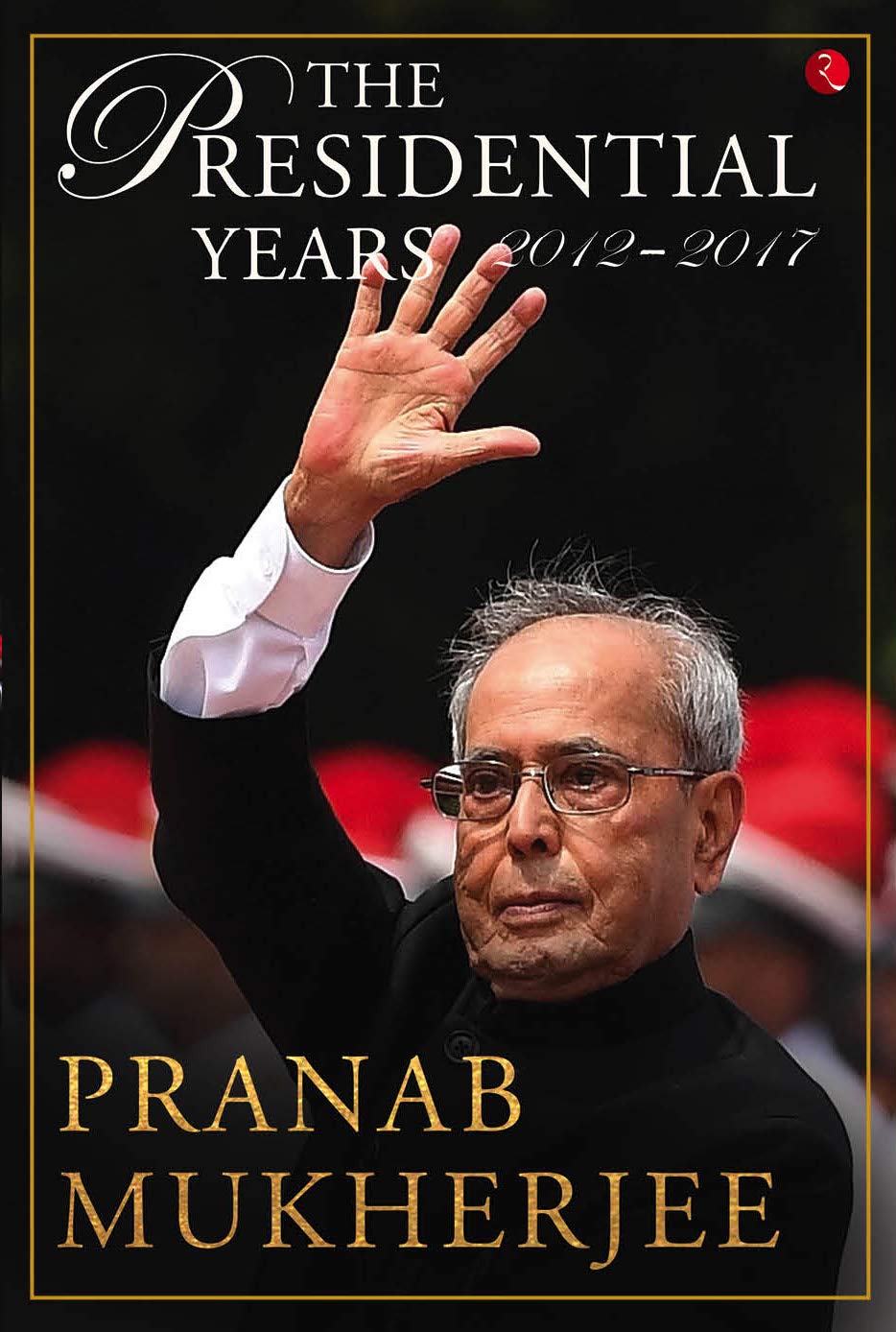 In public life, Mukherjee played by the rule book and continued doing so even as president. On issues where he disagreed with the government, he privately communicated his opinion but eventually acquiesced because he considered his office and powers had limitations. After a long career amid headlines, he wanted to stay out of those that suggested controversy. For instance, on the issue of the National Democratic Alliance government’s decision in March 2016, recommending president’s rule in Uttarakhand, he “could have returned the file” but that “would have served no purpose except to make headlines”. Yet, Mukherjee conscientiously conceded that in the Constitution, there are grey areas concerning presidential powers. He talks of a situation of the president disagreeing greatly with the government. Logically, the president can criticize and disapprove of the decision, states Mukherjee. If, as president, he felt so strongly, someone could well ask him: ‘why not dismiss the government? After all, the president is the appointing authority?’ “I would have no answer.” It was due to his inability to reach a decision on the extent to which he could push his standpoint that Mukherjee did not aggressively advocate the pardoning of Afzal Guru and Yakub Memon.

As president, in sharp contrast to two immediate predecessors, Pratibha Patil and A.P.J. Abdul Kalam, Mukherjee rejected 30 mercy petitions involving almost 40 convicts. Decisions awaited him and he saw “no point in keeping such files pending”. Mukherjee was guided by three principles when rejecting mercy pleas: ferocity and cruelty of the crime; whether the trial court’s sentence was upheld unanimously by the high court and the Supreme Court; and if the government recommended the rejection of the petition. Of the three high-profile terror convicts, Mukherjee appears to have a different view on the cases of Guru and Memon. He sent back the former’s file to the home minister, Sushil Kumar Shinde, to review the decision of his predecessor, P. Chidambaram, to reject the mercy plea. It came back with the same recommendation. Mukherjee acknowledges that he still “applied” his mind, but was guided by the fact that the president “normally goes by the (government’s) recommendation”. Although “careful because of various shades of opinion,” he decided “not to stand in the way”. But Mukherjee notes in the book that “perhaps these formalities” (intimating the family of the impending execution and arranging a last meeting) were “not fully adhered to”.

Unsurprisingly, Mukherjee and Modi were seemingly mutually at ease. Yet, Mukherjee articulated disagreements; as early as January 2015, he drew attention to Modi’s growing penchant for using the ordinance route for important legislations. In the memoir, Mukherjee delineates disagreements with Modi further. He points to “major decisions” being endorsed by the cabinet or other appropriate bodies after the “PMO or he himself announced the decision”. This was indicative of “new work procedures where most of the decisions are taken by the PMO”.

Mukherjee also expressed dislike at Modi’s style of making “dramatic announcements”. He thought poorly of the prime minister playing up “personal equations too much. To take such a relationship as true is a bit absurd”. He also “totally oppose[d] the expression of personal friendship because friendships are between countries”. Probably what piqued Mukherjee the most was that although he had been a foreign minister, Modi initiated the practice to send a letter, before the president travelled abroad on an official visit, containing “core points of our bilateral relationship” with that country.