Sir Salar Jung I: Life and times of a visionary man 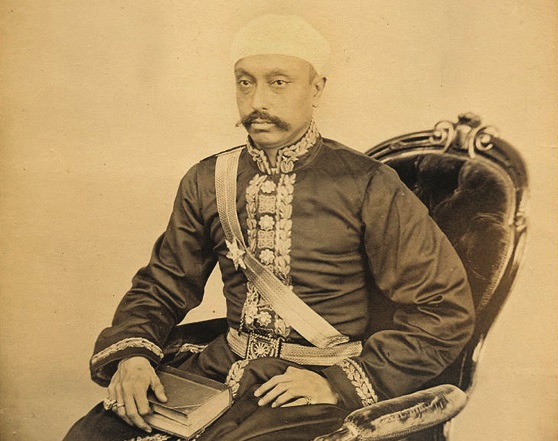 Dadabhoy’s biography adopts a fairly straightforward and linear account of the passing of Hyderabad from chaos to ‘modernization’ and ‘progress’ under the stewardship of a man endowed with a ‘liberality of thought’ and a ‘catholic impartiality’ towards religious denominations. In an overwhelmingly positive assessment, Dadabhoy mentions two shortcomings of his protagonist. First, in the last decade of his tenure, Salar Jung falsified the state’s accounts to cover up illegal payments as bribes to British officials, in what turned out to be a futile effort to secure their assistance in the restoration of Berar to Hyderabad. This, he says, was a blot on a career that in its first part had seen a man steadfastly clinging to principles and ready to resign when those were threatened. And secondly, notwithstanding his modernist outlook in administration, he was a social conservative that sought unsuccessfully to cling on to old Mughal-style social mores and customs. For all his efforts in heralding a new era in his beloved Hyderabad, Salar Jung thus got caught in a time warp, overtaken by inevitable processes of social and cultural change that passed him by, and left him a broken man at the time of his death. But he had enjoyed such firm British support that they permitted his son, even though a minor, to succeed him as Diwan. Perhaps more telling of the recognition he had earned was the fact that he was conferred an Honorary Doctor of Civil Law degree by Oxford, which since World War II had been conferred upon all Oxford alumni that had held the office of prime minister, no less, with the notable exception of Margaret Thatcher.

Overall, a solid, if somewhat old-fashioned, biography that documents the eventful life of a statesman more effectively than it does the changing times in Hyderabad itself. The admiration does gush out a few times in a floral effervescence — “He wore his small white turban with more dignity than many princes wore their bejeweled headgear” — but those sudden rushes of blood enliven what may seem to some as a slightly anodyne and stolid assessment. 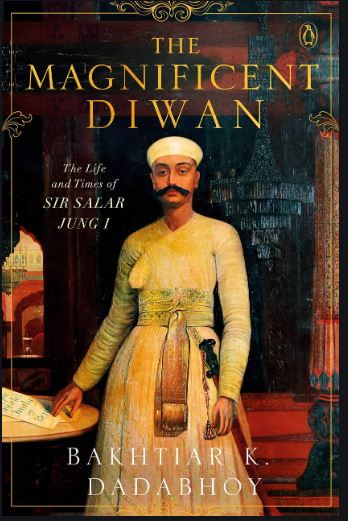 The Magnificent Diwan: The Life and Times of Sir Salar Jung I, by Bakhtiar K. Dadabhoy, Vintage, Rs 999
Amazon

When we speak of colonial India, we often forget that it contained two Indias, the provinces under direct British rule and the conglomeration of 600-odd native states ruled by Indian princes subservient to British paramountcy. There is a notion that the states were more ‘traditional’ and less ‘advanced’ according to British measures of progress, and thus out of sync with the provinces. For a long time, generalizations about colonial India were made with reference to British Indian developments, with the states generally ignored except when their trajectories intersected with those of the provinces, for example, in 1857.

Fortunately, we now know of some remarkable stories of reform and modernization, in states like Mysore, Baroda, Hyderabad, Bhavnagar, and several others. Yet, our attention seems fixated on rulers — Rajas, Gaekwads, Nizams, and suchlike — and not on the remarkable talents exhibited by the ‘Diwans’ or ‘chief ministers’ in transforming their states from cesspools of anarchy to efficient and well-oiled machines of government. Only a small handful have been exceptions in this blinkered vision — Sir T. Madhava Rao of Travancore and Baroda, K. Seshadri Iyer, who was a pioneer in the making of modern Bangalore, Sir M. Visvesvaraya much later in the same state, or Sir Mir Turab Ali Khan, Salar Jung I, whose foresight and dynamism as the Diwan of Hyderabad during 1853-83 transformed the state from a fledgling threatened with conquest by the marauding Marathas and Mysoreans in the late-18th century to one of princely India’s most advanced regions in the late-19th. And yet he was the unheralded half of a duo, the forgotten grandfather of his more famed namesake, Salar Jung III, who happens to be the one memorialized in our collective consciousness through his association with one of India’s finest museums. Bakhtiar K. Dadabhoy’s authoritative biography of the senior Diwan thus fills in an important gap.

Salar Jung I introduced critically important reforms in Hyderabad state, appointing salaried staff, taluqdars, police superintendents and so on, establishing educational institutions, starting railway lines, encouraging other communication technologies, and developing trade and commerce. Several small- and large-scale industries were established in the cities, and dispensaries, health centres as well as hospitals started. Such impressive achievements were accomplished by surmounting tough obstacles that started in the 1850s with a close brush with a British takeover by reference to the Doctrine of Lapse due to ‘misgovernment’, and over the subsequent decades came to include the secession of fertile Berar to the British to pay for the costs of their protection, hostile nizams, icy viceroys and adversarial British political agents, scheming nobles at the court, and a host of others. Through all of this, Salar Jung played a delicate balancing game, combining vision and determination with well-placed stratagems. Towards the end, he was frustrated by the failure of his efforts to restore Berar to the nizam, and yet Hyderabad was well on course to becoming a modern state by the time he died in 1883.