The stubborn stain of patriarchy 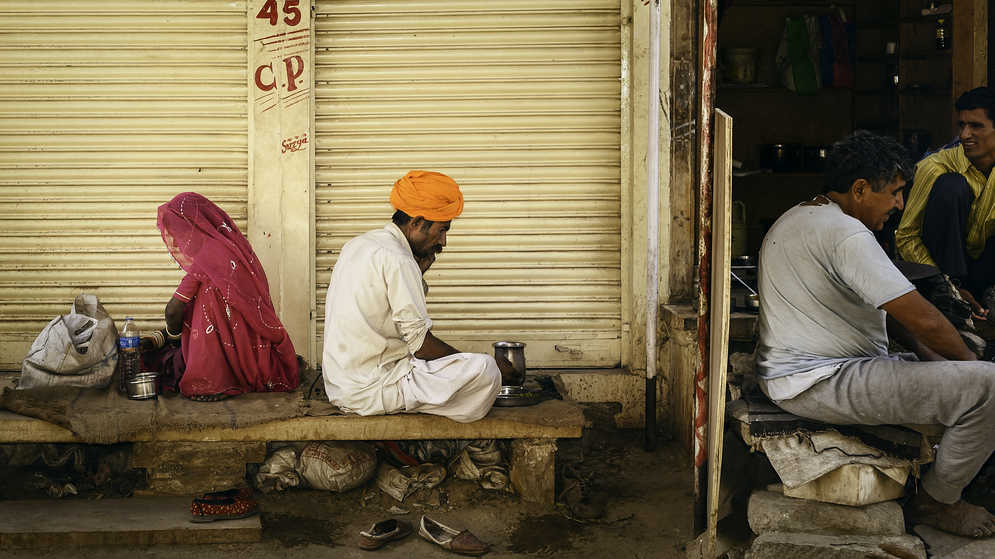 Patriarchy is older and deeper than capitalism, but capitalism also uses patriarchy to suit the profit-making agenda.
Shutterstock
Jayati Ghosh   |   Published 11.09.20, 05:20 AM

An underlying theme in this book is that patriarchy predates capitalism and that it also predates private property and settled cultivation. In spite of more simplistic interpretations of patriarchy in the past, this argument is not entirely new and today would perhaps be largely undisputed. But Linda Scott brings out aspects that are both novel and intriguing. She points out that patriarchy was evident in human societies from the start: not just in agricultural societies but, going backwards, through warrior, nomadic, forager and Paleolithic communities.

One of the most fascinating chapters in the book deals with non-human societies, comparing chimpanzees and bonobos (the primates closest to humans, sharing 99 per cent of our DNA, but confirmed as a distinct species only as recently as 2012). These two species have almost identical biological profiles, but completely opposite social systems. Chimpanzees are patriarchal, with an alpha male at the top, other males below and females at the bottom. Males compete to become the boss, but still operate as a team to police their territory, invade other spaces and terrorize neighbouring tribes. Females in the group are continually bullied and attacked; chimps are hierarchical and have a rape culture. Both males and females hunt and gather food; males share food with one another but not with females and offspring (with whom they do not form significant relationships). Bonobos, by contrast, are matriarchal, with older females governing as a collective. Males and females forage and hunt together and share food with one another and with their offspring. They tend to avoid conflict, seeking to defuse tensions by playing or having sex. As a result, fights between bonobo communities are rare and they do not kill their own kind. Bonobos also do not tolerate sexual aggression and are generally egalitarian.

Bonobos and humans do share some important similarities. They are both among the very few species that have sex for pleasure (not only for procreation) and can couple with the same sex as well. Like humans, they show empathy and can be cooperative and communicative. Unlike chimps, but like humans, their brain structures can control aggressive impulses. Also like humans, bonobos are an “all mothering” species, which means that shared care of children exists.

Chimps are more like humans in the patriarchal social system they adopt. This includes a rape culture, obsession with status, and the drive to dominate even within a group. However, some studies indicate that the violent tendencies reflected in chimp society need not be innate characteristics but, rather, could have evolved with them. Similarly, in human evolution, some high testosterone individuals emerge, even though “high testosterone in individuals has been linked to greed and corruption as well as violence and dominance — and it consistently produces unwise risk-taking. High-testosterone human males punish those who cross them more harshly and reward those who assist them more lavishly. Such males are more likely than normal men to be violent criminals and to be CEOs” — and, we could add, leaders of major countries. However, the point is that this social system and associated behaviour, universal as they are, are not inevitable: in spite of “a long history of violent social dominance by males, the human orientation to dominance is highly malleable” because human brains are also geared to assess situations and change in response. So human societies can be moved away from chimp-style to bonobo-style, and such a shift may even be necessary for future human survival.

Scott does an effective sweep of describing the various forms of patriarchal domination and their adverse effects, not just on women themselves but on societies and economies through history. She moves from the complete and explicit control experienced by women in traditional societies to more subtle forms of discrimination and harassment in Western societies, such as in the testosterone-driven financial sector.

Scott’s perspective is ultimately that of a donor or a consultant to a donor — albeit a thinking, perceptive one who is fully aware of the pitfalls of implicit cultural hegemonies and privileging of particular ‘Western’ perspectives. This is not to say that she ignores the patriarchy permeating advanced economies and societies: some of the most effective chapters are on gender pay gaps in the United States of America and the United Kingdom and on the evident and persistent male chauvinism in the economics profession. The latter, incidentally, has been highlighted, once again, by a now-viral blog (“Economics is a disgrace”) by Claudia Sahm, who worked in the US Federal Reserve for many years. But her approach to dealing with the endemic patriarchy that blights so many women’s lives in developing countries is that of encouraging relatively minor shifts in policies and practices of both firms and governments which can somehow make women’s lives better in very unequal and often deeply depressing socio-economic contexts.

This explains the rather enthusiastic endorsement by Scott of Avon, a global cosmetics company, that relies on person-to-person or door-to-door sales by its individual franchisees that has apparently transformed women’s lives in parts of Africa. Or the idea that working with Walmart to alter some of its procurement practices will enable more women-owned businesses to participate in its supply chain. Or even the argument that “the single biggest obstacle to success for the female business owners in developing countries was style”, in that since women in poor countries had little or no exposure to advanced country markets, they could not envision its tastes or its seasons. This is certainly an obstacle — but the single biggest obstacle? Providing them this information would certainly help the women concerned, but would it be enough to change the multiple systemic and structural impediments to success that women seeking to become entrepreneurs face?

Generating some positive changes is always better than no change or regression (as we are seeing across the world in so many places). Tinkering with both markets and the way firms operate is certainly desirable and can improve women’s economic conditions. But surely they cannot take away from the need for more systemic and structural changes. Patriarchy is older and deeper than capitalism, but capitalism also uses patriarchy to suit the profit-making agenda. Therefore, dealing with the empowerment of women is not something that can be neatly separated from issues of capitalist exploitation and the way markets function.

Towards the end of the book, Scott suddenly segues into an aggressive attack on those seeking to combine the concerns of women with larger struggles against economic injustice. She accuses such feminists of treating women’s economic interests as trivial, suggesting that “nothing done for women can be serious or substantive or beneficial”. This is both false and unfair, and this petty, angry reaction subtracts from her other insights.

The inability of feminists to understand and appreciate each other is an unfortunate fault line. If indeed, as Scott argues, “A concerted global movement is needed to put an end to the systemic constraints on women”, then surely we should begin with serious efforts to be in concert with one another?