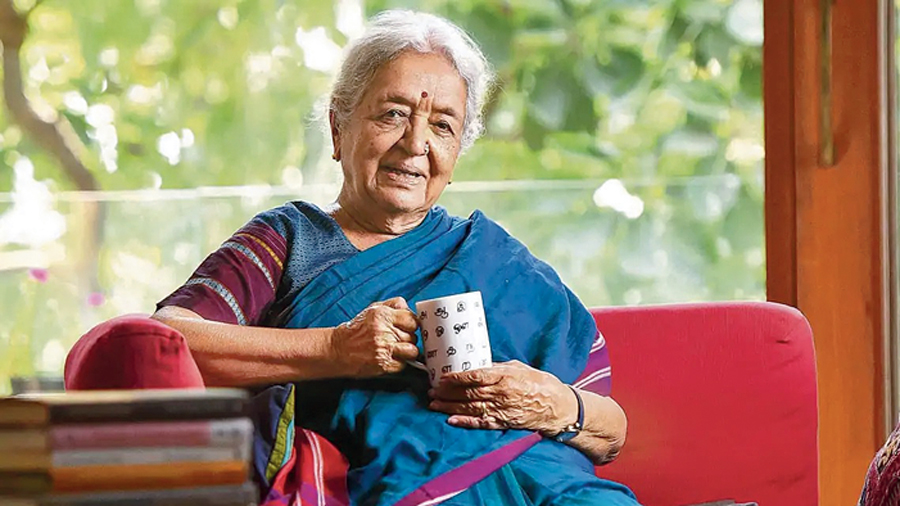 Writing memoirs, even for the most interesting lives, can be a difficult business. When the writer is a public figure, it can be even more complicated: the interplay between the deeply personal and the public/political is obviously complex, and it requires tremendous courage to reveal episodes and feelings that may not always conform to the public persona. For this reason, it is often the case that memoirs by prominent people are restrained, relatively dry, sometimes even boring, with too much description of the public life and not enough of the personal details that only the author can really provide.

Devaki Jain’s delightfully engaging book of memoirs manages to avoid both of these traps. It provides an absorbing overview of a life lived most productively as well as descriptions of the various forces and motivations that shaped her into a feminist economist with substantial influence both within India and globally. But what make the book particularly enthralling are the fascinating insights into some of the more personal challenges and emotions that defined various periods of her life. She is unflinchingly honest in ways that must have taken both great soul-searching and a level of fearlessness that transcends concerns about what people may think.

Devaki has lived an extraordinary life. Born in 1933 into an upper class Mysore family that was at once emancipated (in its attitudes to girl children) and traditional (in the attitudes to caste and social expectations), she displayed a lot of independence and grit when she first resisted efforts by her family to marry her off to a “suitable boy” at the age of 18. She managed to travel to England with her father and chose to stay on, relying first on family contacts (they included such luminaries as Krishna Menon and Vijaya Lakshmi Pandit) but eventually eking out a fragile and insecure existence, living in boarding houses and finding odd jobs — from clerical work to washing dishes in cafes. She gained admittance to Ruskin College and, later, St Anne’s College in Oxford.

In a way, her very existence became an act of rebellion, as she suggests in the quotation from Albert Camus at the start of that chapter. In many ways, she was emancipated well beyond her social context and times, exploring romantic and physical relationships, travelling and hitchhiking across long distances, open to different encounters and experiences. Not all of these experiences were positive. There are shocking details of sexual harassment that she faced as a student at Oxford at the hands of a famous economist. She does not name him but he is not hard to recognize — a globally renowned Swedish economist who wrote a three-volume magnum opus on Asian development, whom she met at the home of the Swedish ambassador, Alva Myrdal. She was taken on as his research assistant, but after she rejected his sexual advances early in the project, he publicly insulted her as “not educated enough to work with me” and stopped her salary, leaving her adrift with no financial means. She managed to join St Anne’s College on a scholarship and got her degree, but Devaki describes how the assault and rejection by the professor destroyed her self-worth, affecting her performance in the final examinations.

The pages of the book are studded with the remarkable women and men whom she interacted with: from the trio of tutors at Oxford, Iris Murdoch, Peter Ady and Jennifer Hart, to friends like Sita Narasimhan and Amartya Sen, the leader of the Bhoodan movement, Vinoba Bhave, Kamaladevi Chattopadhyay, Dharma and Lovraj Kumar, Pitambar Pant, Romesh and Raj Thapar, Romila Thapar, K.N. Raj, colleagues like Krishna Essaul and Kanti Shastri, Gloria Steinem and Julius Nyerere, and many more.

Some of the most moving passages in the book describe her relationship with her husband — another extraordinary personality, the Gandhian, Lakshmi Jain. Anyone who saw them together even half a century after they first met would know that this was truly one of those rare matches made in whatever heaven there is: a meeting of minds, social and political interests, passion and friendship. There are frank and utterly disarming descriptions of their relationship: from the initial work collaborations to something much more through the difficulties of handling an inter-caste, inter-regional affair for which she ultimately had to elope from her family in Bangalore to join him in Delhi where they were finally married; the stresses and difficulties of being a young mother married to a husband who was “public property”, having to respond to and spend time with hundreds of people every day while she resented being confined to the home because of her own obsessive concern for her sons. She is candid about the hostility she felt then, not only because of the estrangement from her natal family, but also the restrictions on her time and independence and ability to work, despite having a caring and sensitive husband. She declared to him what many married women have felt through the ages: “What I need is a wife.”

Devaki claims that her “feminist” awareness came rather late in life, when she had already been teaching for several years and had established herself in Delhi’s intellectual, policy and political circles, which were at that time lively with idealism and passion for national revival after Independence. Yet her descriptions of the life of her unmarried maternal aunt, Andal, suggest that the seeds were planted in her childhood: “She was the link, the catch-all, the silent and the unrecognized... She had no responsibilities either to a spouse or a child — in some ways, a slave to the household... She was a living example of unpaid family labour, and this was a pattern for all unmarried daughters or relatives — stigmatized and enslaved.”

This recognition of the unpaid work of women translated into some of the most important contributions that Devaki Jain has made to the understanding of the gendered nature of production, especially in developing countries. She remains a pioneer of work on women’s economic contribution, whether in social reproduction, or in agriculture, or in a range of activities in which their work has simply not been recognized. Her work has laid the foundation for research on intra-household gendered distribution of food and other resources; of the gendered impacts of so-called ‘modernization’ policies and anti-poverty programmes, and much else.

Yet this memoir mentions all these hugely significant contributions only briefly. Instead, it brings out, in her own charming style, the empathy that has characterized her distinctive approach to economics and social sciences more generally, and enriched that work.