A beauty in braids

'The Braided River' is not just the tale of a journey downriver, but a lucid and rich account of the history, environment, people, sensibilities and culture of a region 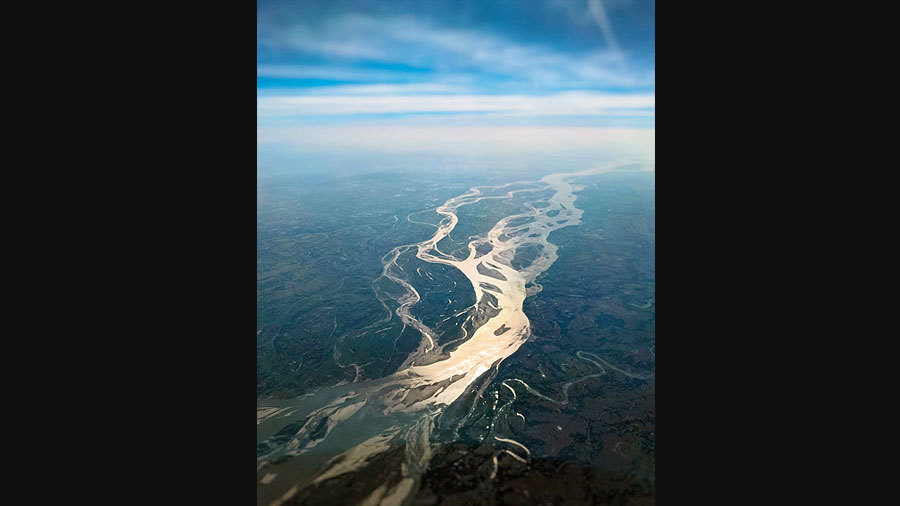 Choudhury’s travels commence with a trip to the Dibru Saikhowa National Park that reveals the incredulous extent of the Brahmaputra and its dynamic sandbar-and-island-dotted landscape. He outlines the geological origins of the river succinctly and links these to the prevalent myths around its origins. In recounting how the river was explored, he sketches the disquiet that persisted along pre-Independence India’s frontiers during the Great Game between the British and the Russians, of the discovery that the Tsangpo was indeed the Brahmaputra by the Survey of India’s furtive pundits in Tibet and the charting of its lower reaches by the East India Company’s surveyors and officers. Today, these past frontiers have hardened into disputed borders between India and China that keep this region in sharp geopolitical focus. The officialdom Choudhury had to overcome to secure inner-line permits, the repeated queries by a number of Intelligence Bureau officials and the army’s diktat that curtailed his explorations bear testimony to the above.

Journeys along the Brahmaputra’s three primary tributaries take centre stage in Section One of the book. Among these, the Lohit is the most revered in myth and in religion, with the Parshuram Kund near its headwaters being a pilgrimage site during Makar Sankranti. Ancient forts and temples dot the trails by the Dibang. However, the most arduous route lies along the Siang in Arunachal Pradesh. Throughout this section, a common refrain is against the multiple, large dams planned on these tributaries and corrupt and complicit officials furthering the schemes.

Section Two details the journeys across Upper Assam. The entwined histories of Dibrugarh and the Brahmaputra, which has swallowed the older town, and the area’s growth due to tea plantations are outlined. The idyllic setting of a modern tea estate is contrasted with the living conditions of its labourers. The desolation of those residing on the chars (islands) and chaporis (sandbars) — doctors on boat clinics provide basic medical services to them during week-long journeys across the Brahmaputra — highlights not only the ambient deprivation but also the immense fortitude of these people. Choudhury’s descriptions of Majuli paint a picture of verdant wetlands with Vaishnava monasteries and Satras that preserve the old folk arts of Bhaona theatre, Borgeet songs and mask-making. However, river erosion threatens the island and its nascent, tourism-dependent economy. Floodwaters are also a persistent threat to the wildlife in Kaziranga but are a life-sustaining force too, with the annual inundation revitalizing the wetlands and augmenting terrestrial and aquatic phenologies. 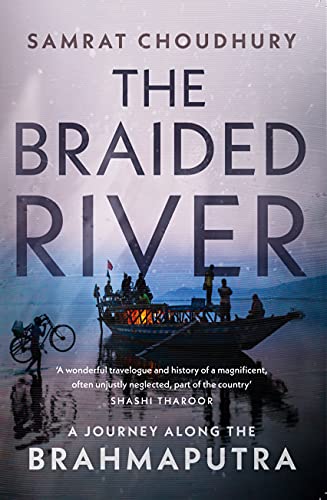 The Braided River: A Journey along the Brahmaputra By Samrat Choudhury, HarperCollins, Rs 499
Amazon

The two Sections which comprise Choudhury’s travels in Lower Assam and Bangladesh are informed by erudite accounts of Ahom and Kamrup dynasties and their battles, archaeological heritage and ruins, and the region’s multiple religions, languages, ethnicities and tribal groups. Linked to these are the tensions that persist between people of Bengali and Assamese descent and other communities, along with questions of citizenship in the light of the NRC and CAA exercises. The colonial influence is revealed in Guwahati’s urban morphology, with the planned cityscape juxtaposed against its ancient riverfront, ghats and the Kamakhya temple. Its bustling, modern avatar notwithstanding, it is still a city that sells the traditional Assamese silks woven at Sualkuchi. The Brahmaputra has enabled navigation and trade in such goods for centuries, linking people across old empires and the more recent border between India and Bangladesh. Choudhury documents such details assiduously, reflecting on the Brahmaputra’s importance to the regional economy. Its braids are the coupled strands of history and commerce that have founded and floundered settlements on its ever-shifting banks.

Although it comprises numerous chapters, Choudhury’s prose is light and engaging. The sharp, humorous, often self-effacing, descriptions readily place the reader within the landscape itself. Be it the author warding off mosquitoes aboard a houseboat, running across quicksand patches to glimpse feral horses, enjoying his first dip in the Brahmaputra or encountering timber and cattle smugglers, the book’s pace is arresting. The photographs taken by Akshay Mahajan lend both colour and context to the narrative, revealing a part of India that is less visited and quite unknown.

The Brahmaputra is not just a riverine lifeline for India’s Northeast. Its socio-political importance and resonance in the region’s cultural ethos have been captured in Bhupen Hazarika’s timeless ballad, "Bistirno Parore". Similarly, The Braided River is not just the tale of a journey downriver, but a lucid and rich account of the history, environment, people, sensibilities and culture of an entire region.