Advertisement
Home / Culture / Books / A different kind of melody: Makers of the mrdangam

A different kind of melody: Makers of the mrdangam 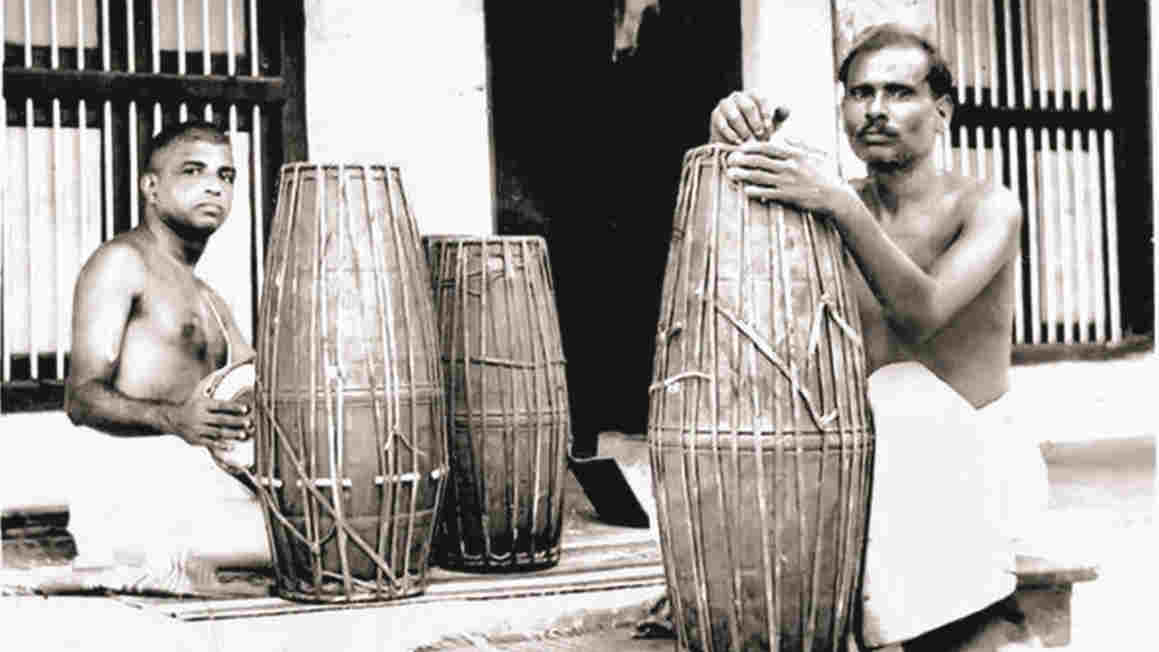 In a 2016 essay, the much-lauded Karnatik vocalist, Thodur Madabusi (universally known as “TM”) Krishna, wrote, “I was once asked whether I have the right to speak for a Dalit. I can speak for anyone as long as I am willing to understand the realities that make that person. And even after that learning I cannot be who he is and will never experience his living trauma. I have to realise him in and within myself. It is this internalisation that can change me and this takes time. Therefore yes, I will join my voice to the Dalit voice and do so, in all humility, knowing that I can never really know.” In his lectures, essays, and perhaps most importantly, his actual musical practice, Krishna has sought to challenge, destabilize, undermine, and — ultimately — change the many divisive tendencies that are still such a large part of Indian life. So, for example, his boycotting of the Chennai Music Season in 2015-16, because of its Brahmanical bias, and setting up of the alternative Uroor-Olcott Kuppam Marghazi Vizha the same year in an attempt to “push out caste elitism from the existing Karnatik music system” sent ripples through the elite, upper-class, upper-caste world of South Indian classical music. Questioned about this radically destabilizing move, Krishna asserted that his interrogation of the exclusionary elitism of Karnatik music “enlarged into larger questions of society, politics, culture, music and aesthetics”. In that 2018 interview, Krishna went on to assert, “The more I immersed myself in art, questions of history started coming… Soon you are asking questions of power structures and society. I stumbled onto caste. And it hit me on my face that all the mumbo jumbo about art experience means nothing if I don’t really come face to face with who I am… I’m taking my own voice and my community’s voice and challenging it as hard as possible...”

It is this uncompromising, uncomfortable, polemical attitude that permeates his latest work, the marvellously evocative Sebastian & Sons, which is as much an attempt to more fully understand his own location as a privileged practitioner of the “divine art” of music, as it is a richly-documented effort to retrieve the largely nameless, faceless makers of Karnatik music’s most distinctive percussion instrument from anonymity. The Sebastian of the title is a Dalit Christian from Thanjavur, who can rightfully, on the basis of the evidence presented by Krishna, claim credit for creating the modern mrdangam that continues to amaze and enthral lovers of Karnatik (and not just Karnatik) music the world over. His son, Parlandu (Fernandes), whom Krishna characterizes as “the master maker”, led the legendary Palghat Mani Iyer to shift base from his native Palakkad (Palghat) to Thanjavur, just so that he could be near the man who made the instrument without which his art would be incomplete. Yet, despite the vital role played by the creators of the instruments that have brought fame and fortune to generations of musicians, these “makers” remained (and, unfortunately, still remain) largely absent from historical and musicological narratives of Indian music. In the opening chapter, Krishna accuses himself of just such a lapse: “My book, A Southern Music: The Karnatik Story, explored caste discrimination in, what I hoped was, some depth, but I had entirely excluded instrument makers from the discourse. And amongst makers, those who deal with skin have always remained at the very edge — a fact I was well aware of. But when I wrote about caste and its implications within Karnatik society, I failed them.”

But Sebastian & Sons is much more than a mea culpa exercise in excavating the forgotten histories of the makers of the mrdangam; in his book, Krishna goes to great lengths to take his readers on a journey into the very materiality of the instrument, even visiting an abattoir to see for himself a place which, in the words of his guide, K. Soosainthan (Parlandu’s grandson), is “horrible and scary. Nothing like anything you would have seen; brahmins cannot handle it.” This is, of course, one of the central contradictions that musicians have had to confront, and few have done it in good faith. As Krishna puts it, “The cow is removed from the artist’s sight. Since the killing and skinning happen beyond his circle of existence, he can act as if it does not happen. The maker stands at the threshold, keeping the cow and the brahmin apart, helping the latter maintain his ‘purity’. So, the maker is vital for the player, yet his role also keeps the maker ‘polluted’ and unequal.” Krishna’s account of mrdangam-making busts myths (only dead cows are used for their making), quaint superstitions (cows praying that their skin be used for such a divine instrument), and the institutionalized hypocrisy that refuses to acknowledge the exploitation that is at the very centre of the business of creating music from instruments made from dead beasts, often slaughtered specifically for that purpose: “Being in the business of skin is not easy.”

Yet another myth that Sebastian & Sons takes apart is that of the essential male-ness of the business of mrdangam-making, by showing us, in the chapter, “Women in Charge”, how women have not only helped their men in making these instruments but have also become master makers in their own right. This is the best form of iconoclasm — one that not only challenges received wisdom but also offers us an alternative way of looking at social and cultural phenomena.

“Caste,” Krishna had reminded us, when speaking of his own liberal family’s attitudes towards their domestic help, “is not just a physical obstacle; it limits the relationship, reduces human respect, equality and, above all, results in a ‘forgetting’. It is a violent dehumanisation that is not easily overcome.”

In this wonderfully readable book, Krishna helps us overcome this forgetting by taking his readers on a journey that lays bare the evasions, hypocrisies, and contradictions that lie at the very heart of the exalted cultural phenomenon of Karnatik music, and he does so with humour, grace, and an unshakeable belief that we are all — despite what we have done to ourselves or allowed to be done to us — sisters and brothers under our superficially different skins. One does not have to be an aficionado of Indian classical music to enjoy, appreciate, and learn from Sebastian & Sons. Just being a thinking human being is enough.