Overall, it is a good book for the general reader to use to get up to speed on the intricacies and subplots of this historical event. 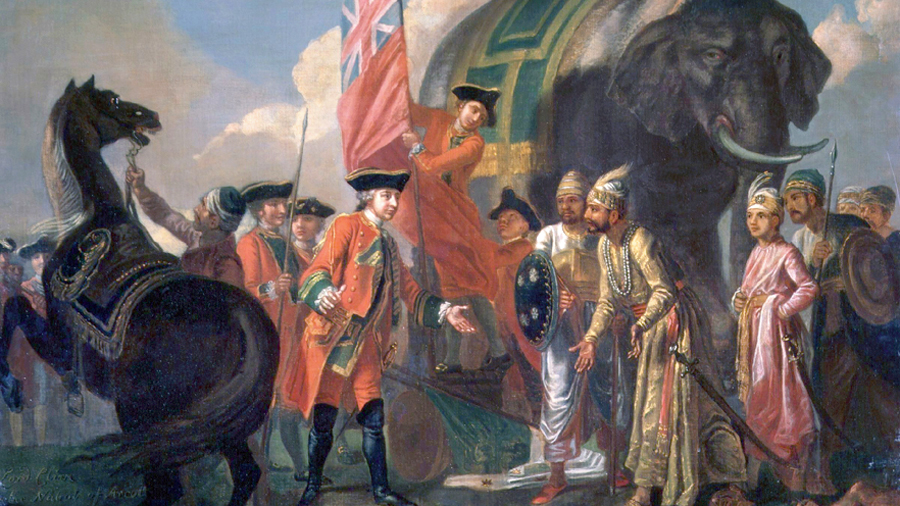 Plassey, more than two centuries after a transformative moment in global history, continues to befuddle us with its labyrinthine maze of tropes — intrigue, vanity, conspiracy, betrayal, plunder, what have you. When you pronounce the word, you become complicit, somehow, in the layered and dialectical politics of nomenclature infusing its narratives, subplots, and dramatis personae. A momentous battle or a skirmish with a fate foretold? A necessary pit-stop in the inexorable march of imperialism, or a conspiracy of diabolical machinations? If the latter, a ‘conspiracy’ hatched by scheming Company men or by duplicitous Indians? A debauched, intemperate prince unfit to rule, or a fiercely independent but ultimately hapless nawab laid low by crafty nobles and devious, power-mongering traders? A heroic, brave, decisive general, or a devilishly greedy and unscrupulous character unworthy of absolution across centuries, as indicated by #RemoveClive? A suffocating hellhole of unspeakable cruelty or a gigantic hoax spun by a ‘survivor’s’ cunning?

The answers continue to collide and confuse, notwithstanding the large range of worthies they emanate from — Robert Orme, James Mill, Thomas Macaulay, Nabin Chandra Sen, Ishwarchandra Vidyasagar, Rabindranath Tagore, through to Jawaharlal Nehru and Michael Edwardes, to Christopher Bayly and others. Judgments and justifications have been tossed around with gay abandon on all sides, and shared ground has been grossly diminished. It thus seems a welcome change for a new book to seek to add to the existing body of work by offering “more crossover understanding... of the crucial run up to a watershed event, the event itself, its immediate aftermath and how Plassey is conveyed to this day as moral prop and propaganda.”

This drives the organization of Sudeep Chakravarti’s Plassey in three parts, taking up, respectively, the background, the ‘build-up’, and the battle. The first lays down an unfolding saga hinging on Bengal’s breakaway from Mughal dominions in the early 18th century, its fabulous riches — derived mainly from cotton — that made assorted European trading companies salivate at the prospect of control, and the passing of power from a battle-hardened and worldly-wise Alivardi to his favourite grandson, the young and mercurial Siraj-ud-Daulah.

Plassey: The Battle that Changed the Course of Indian History by Sudeep Chakravarti, Aleph, Rs 799
Amazon

The plot thickens in the second part, with old family feuds festering in Murshidabad and new ones opening up, obscenely wealthy Indian bankers getting fidgety enough at the transition to start making overtures to the British, the rampant abuse of corporate duty-free trading privileges by Company men to fill their private purses, and mounting Anglo-French rivalries in 18th-century India. Matters came to a head in Bengal with Siraj’s attack on and capture of Fort William in 1756, the British recapture led by Clive, and then the months of preparing, plotting, and general skulduggery leading to the dénouement on a field surrounded by mango orchards on a sultry and then fatefully wet June day in 1757.

The ‘battle’ receives a detailed treatment in the form of a blow-by-blow account of three days in June when nerves were frayed with tension, fear, and the unreliability of the plans and promises of assorted blackguards. Chakravarti debunks the theory of the battle’s ‘forgone conclusion’, showing the teetering fortunes of both sides during the run-up, and the touch-and-go element infusing all moves, manoeuvres, and murky instances of brinkmanship till the very end. Far from being the unstoppable march of some long-term dynamics of historical change at play, Chakravarti’s history turns on accidents and blunders, much as A.J.P. Taylor’s magisterial account of the origins of World War II. The post-Plassey sections meander through Siraj’s capture and slaying, the ‘Plassey plunder’ that ‘bled Bengal white’, the run-up to the emergence of a full-blown Company State, and the nemesis-like ends of Mir Jafar and his bloodthirsty son, Miran, and, ultimately, of Clive himself. The end has a tone of a desolate poignancy as dusk descends on the forlorn graves of princes, conspirators, betrayers, and usurpers in a touched-up tourist site in rural Murshidabad.

Overall, it is a good book for the general reader to use to get up to speed on the intricacies and subplots of Plassey. The language is engaging and entertaining, although not without Orientalist tropes, likely to gain the author some traction with the general run of Western readers. Murshid Quli Khan is described as applying a “barbaric hand” in overhauling his administration. An impressive distillation of the academic scholarship is embellished by spicy and sometimes macabre details of Murshidabad ‘lore’, complete with the account of the so-called ‘Kaleja-khaki Begum’ — one of Murshid Quli’s daughters with the Hannibal Lecteresque habit of eating human liver as an aphrodisiac or to cure a heart ailment, and eventually buried alive by her husband.

The literary flair bursts through its seams a few times, like in this description of Mir Jafar’s transport — “a disproportionately large elephant that wouldn’t look out of place as mûmakil in J.R.R. Tolkien’s Middle Earth moral fantasies.” The ‘crossover understanding’ intended by the book is certainly not helped by the author’s unfortunate allusion to academic specialists as “a growing tribe of seminarists in the subcontinent”. There are a few typos like Sarfaraz Khan described as having ascended the throne in 1939, but that’s a small price to pay for a book that passes with flying colours the test of readability, if not always that of rigour.