'My Life in Red and White' will paint an intriguing story of the early life of Arsène Wenger, how he grew up in rural Alsace, in the east of France 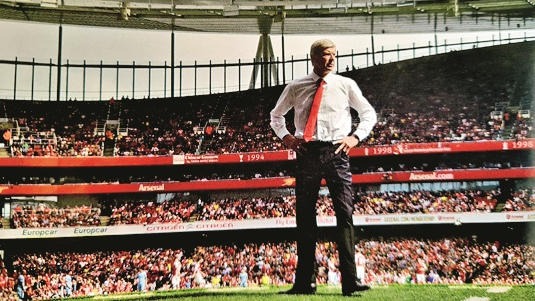 The facts speak for themselves. Arsène Wenger is the most successful manager in the history of the Arsenal football club. He won the FA Cup a record seven times. He led the club to 19 consecutive participations in the Champions’ League. Under his guidance, Arsenal won the Premier League three times, including once without being defeated (“The Invincibles” were unbeaten for 49 consecutive matches between May 2003 and October 2004). As the manager of Monaco, he won the French league (1987-88) as well as the French Cup (1990-91). As a Strasbourg player, he also won the French league (1978-79). He was in charge of Arsenal for 22 years. But he never won a European trophy, having been runner-up in the Champions’ League (2005-06) and in the UEFA Cup (1999-2000). Wenger left Arsenal in 2018. He now works for FIFA.

If the facts are known, why would you want to read Wenger’s autobiography that has been translated from French by Daniel Hahn and Andrea Reece? First, of course, you might be an Arsenal supporter which means that everything connected with Arsenal must be cherished. But you may also want to go beyond the facts. You may, for instance, want to find out the ‘truth’ behind Wenger’s departure from the club, or the rationale behind a number of transfers. Perhaps you are interested in how the manager elaborated on his tactics, how he approached certain crucial matches (say, the final of the Champions’ League), or what happened when Arsenal lost heavily (say, against Manchester United in 2011, 8-2).

My Life in Red and White: My Autobiography by Arsène Wenger, W&N, Rs 899
Amazon

Sadly, My Life in Red and White won’t answer such questions. It will paint an intriguing story of the early life of Wenger, how he grew up in rural Alsace, in the east of France. You will learn about the beginnings of a promising football player, about the gradual move into coaching. You will find out a few things about coaching in Japan (Wenger was manager of Nagoya, with whom he won the Emperor’s Cup in 1995 and the Japanese Supercup in 1996), about the need to adapt to local customs, about the huge discipline of Japanese players or, again, about the importance of behaviour in adjudicating a sumo match. Wenger’s love for the game is obvious (“What matters to me are the game and the men, those moments of grace that football offers to those who love it and give it their all”) as is his detestation of defeat. His dedication to the club is made clear throughout (he turned down offers to manage Real Madrid and the French national team) as well as his loyalty to the men who helped him along the way. But you will not learn much about the backroom of Arsenal, about the dubious decisions taken over the years, about strategies and tactics (except for the choice of zonal marking at Monaco when everybody was marking man-to-man). Wenger praises all his players, some more than others — the French players of the Invincibles stand out: Henry, Petit, Pires, Vieira — and finds excuses when his teams underperform.

Paradoxically, the man who was at the origin of so many changes in the Premier League — coming in as an unknown coach (“Arsène who?” went the famous article welcoming him to London), bringing in a dietary revolution (for his first game in charge, on the way to the stadium, the players were chanting “We want our Mars bars!”), transforming coaching through scientific and holistic methods, turning “boring Arsenal” into an exciting team to watch — found himself sidelined by the more recent evolutions (ownership of clubs that have become corporate entities, transfer markets, TV rights, agents and so on). My Life in Red and White is aware of this predicament, but there is not enough analysis. There are too few insights to keep readers on board — unless, perhaps, they are Arsenal supporters, of the pro-Wenger persuasion.