Advertisement
Home / Culture / Books / Key to a puzzle: The swing of Dalit votes

Key to a puzzle: The swing of Dalit votes 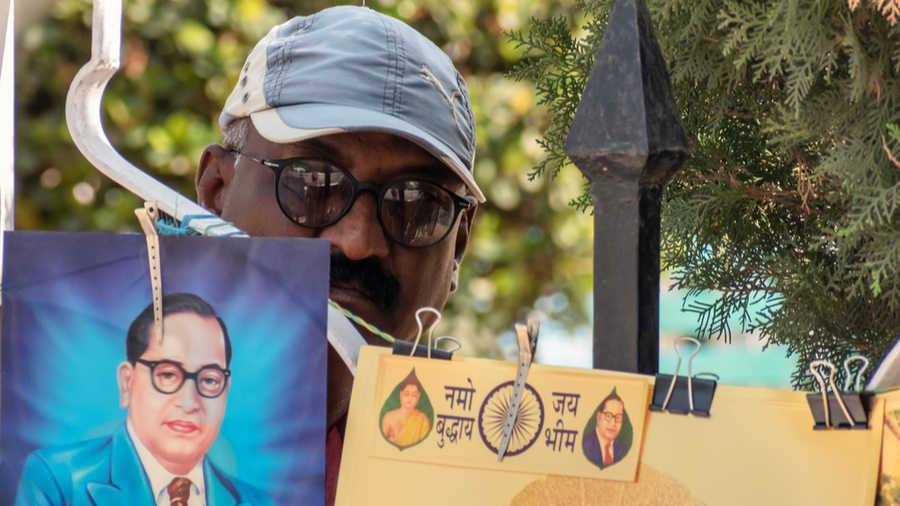 “If we are attacked, we will hit back. We will not turn to the law, instead [we will] pay back in kind.” This is what young Dalit farmers in a district known for caste tensions in Tamil Nadu told Amit Ahuja, the author of Mobilizing the Marginalized. Contrarily, in a hamlet in Bihar, an agricultural woman labourer lamented: “Without outside help, how does a poor family take on the dominant caste?” If the Periyar-led Dalit movement in Tamil Nadu has had a lasting impact on the politics of the people, then why is it that the Dalit ethnic party, the Viduthalai Chiruthaigal Katchi, has never managed to mobilize even 10 per cent of the Dalit vote? On the other hand, if Bihar has not historically witnessed Dalit movements for self-assertion outside of peasant movements, then how could the Lok Janshakti Party garner 31 per cent of the Dalit vote in the 2005 state elections?

Expanding on this puzzle, Ahuja’s book offers new and convincing explanations as to why Dalits are less willing to vote for their caste in some states and not in others in the post-coalition electoral period of the 1990s. Given the historic marginalization of Dalits, one would assume that the trajectory of self-assertion movements would be directed towards ethnic electoral mobilization, towards ethnic block-voting. Contesting this common argument of caste conformity in electoral praxis, Ahuja shows, based on data collected between 2004 and 2014, that Dalit votes have been better mobilized by multi-ethnic parties in movement states like Tamil Nadu and Maharashtra and by Dalit ethnic parties in the non-movement states of Uttar Pradesh and Bihar.

The question is why? Structurally explained, Ahuja contends that mobilizations of the marginalized help challenge existing forms of subordination that Dalits experience in the social and political structures of hierarchy. Such social mobilizations, which occur in the wake of historical movements of self-assertion, that of Periyar or of Ambedkar, also stimulate the dissemination of Dalit signs and symbols in the public sphere. And, within a competitive electoral politics, multi-ethnic parties seek to appropriate these public symbols. Once marginalized voters become equal participants in the political community, the relationship between deprivation and democracy is redefined.

Unlike the above instances of movements of radical empowerment that undermine ethnic voting praxis, the social mobilization processes in Uttar Pradesh and Bihar have not led to significant changes in the status quo. Consequently, while the marginalized remain undermobilized by multi-ethnic parties within the competitive electoral field, the situation enables the emergence of ethnic political parties. The Bahujan Samaj Party in Uttar Pradesh which has witnessed a steady rise in electoral wins since the mid-1980s till 2009 and has popularized Dalit symbols and increased self-awareness is a case in point.

Fundamental to the discussion on the asymmetry between social and political mobilizations is the analysis of the gains of social mobilization, and Ahuja illustrates how and why Dalits in movement states are more empowered and have better control over the distributive logic of welfare programmes. Additionally, he presents an empirical study to assess the extent to which legislated affirmative actions and economic opportunities ‘weaken’ the identity politics of confinement and stigma. Focusing upon inter-caste marriage as an indicator of modernity, Ahuja examines the responses of prospective women from ‘upper’, ‘backward’ and Dalit castes towards groom selection drawn from standard matrimonial websites. Notwithstanding the mixed results, the overall data are predictable as they show that despite their willingness to endorse inter-caste marriage, the economic success of Dalit grooms is not a sufficient marker for undermining caste hierarchy.

Ahuja demonstrates that the Dalit identity trap, built out of stigma and discrimination, constrains the field of possibility for Dalits as compared to non-Dalits. He also shows that this problem is not mirrored in the political field because of the numerical preponderance in electoral mobilization. However, the complexities of personal choices require an analysis that will help one understand the dynamics between gendered private relations and social and political mobilizations in the context of marginalization. Ahuja’s arguments raise the possibility, but do not provide the answer.

Mobilizing the Marginalized is a rewarding book as its compelling arguments are presented through well-researched chapters, which are backed by empirical information and secondary studies drawn from a host of sources, including data from Lokniti’s National Election Studies. The book reminds us that the historical struggle against caste cannot be equated with representative politics. Given this reality, one hopes that the newer forms of student and youth mobilization that have emerged in the post Rohith Vemula period may be better able to realize the slogan, ‘educate, agitate and organize’. Understandably, Ahuja can merely glance at these movements as they fall outside the timeline of his book. However, one hopes that he will write on them.