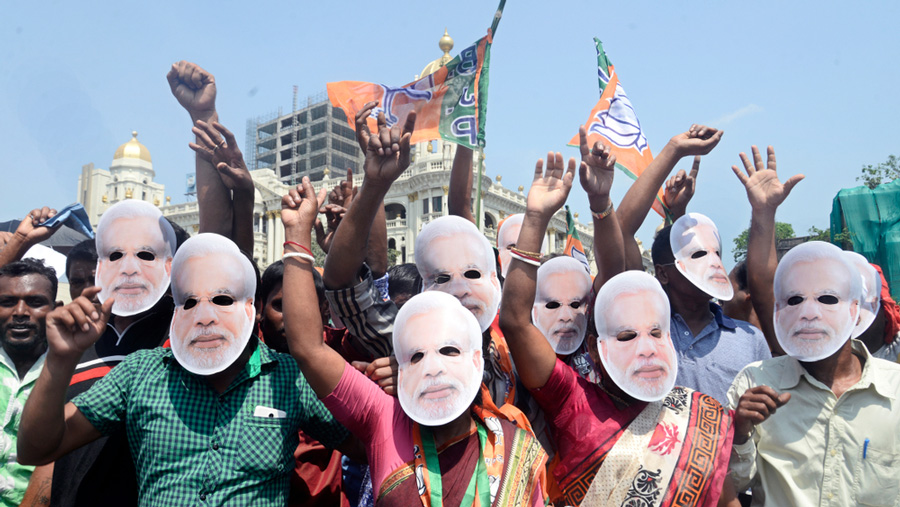 The book is overwhelmingly devoted to the issue of how Modi manipulated the media to build his brand image. This claim is not new. The other claims — the middle class, both old and new, has been the driver of Hindutva politics and, in turn, forms the support base of the BJP — are not new either. What is refreshing, however, is the way Prabhu analyses various facts to support his thesis.

But one must offer a crucial caveat here: it is not the entire Indian middle class, old or new, but the Hindu middle class that forms the core support base of Modi and the BJP. The prefix, Hindu, needs to be underlined here prominently because this is missing in Prabhu’s narrative. For a moment, one gets the impression that a non-Hindu middle class does not exist or plays no role in India. Perhaps ‘Hindu Middle Class, Modi and Media’ would have been a more appropriate title.

Prabhu, of course, is aware of the differences. This is why he reminds us that the middle class is not a monolith and that there are different kinds, such as the Bengali middle class, Dalit middle class, Muslim middle class and so on. If we set aside these quibbles, it is clear that the author presents a rich narrative of the history of the middle class not just in India but also the world by alluding to important literatures, its role in democracy, movements, nation-building and so on. The first chapter is especially rewarding in this context.

One ambitious claim here is that the middle class in Indian history can be traced to the colonial administration and its educational institutions. This presupposes that there was no middle class during pre-British Mughal or Muslim rule. Such a claim, I would say, may give medieval historians like Irfan Habib sleepless nights. The two massive volumes of economic history edited by Irfan Habib, Dharma Kumar, Tapan Raychaudhuri and Meghnad Desai offer plenty of evidence about the existence of a middle class. There was a legal structure and various State organs dealing with law and order, the army, and land revenues. If we endorse this argument, then one of the foundational claims about the history of the middle class in India in this book falls apart. Prabhu should consider adding a chapter on the pre-colonial middle class in the next edition.

Prabhu quotes D.P. Mukerji, one of the founders of Indian sociology, to buttress his point. There may be some truth in this argument. Nonetheless, we may ask: why and how did a middle class that consolidated the colonial system choose to be a driver of the anti-colonial struggle? Why did the middle class that helped build a secular India from, say, the 1950s to the 1980s, opt to throw its weight for a majoritarian Hindutva polity?

These are larger questions that demand further research. One finds some insights but not adequate explanation in this volume.