Advertisement
Home / Culture / Books / The outsider in the charmed circle

The outsider in the charmed circle 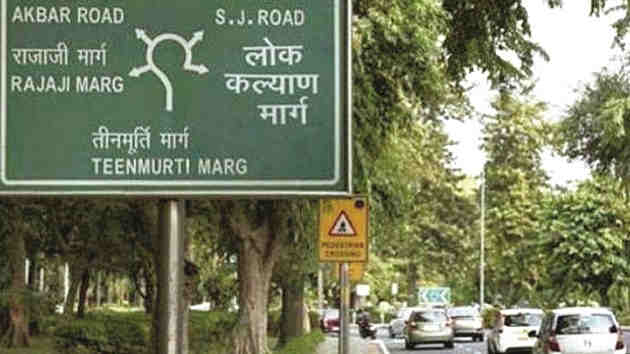 Reading India’s Power Elite: Class, Caste and a Cultural Revolution by Sanjaya Baru is an exceptional experience. It is like reading a book about oneself.

“When I moved to the Jawaharlal Nehru University in the 1970s,” writes Baru, “I came face-to-face with the country’s ‘national power elite’. Many of my contemporaries were from boarding schools set up by Maharajas and upmarket colleges in Delhi, Calcutta and Bombay run by British missionaries. They were more self-confident in their class than a Hyderabadi like me. That is the nature of the hierarchy of power and elitism.”

When I moved to Bombay (as it was then called), also in the 1970s, to join The Times of India as a trainee journalist, I came face to face with India’s power elite, then based in Bombay and not in Delhi. S.K. Patil, the kingmaker in the Congress Party, Sham Lal, the editor of The Times of India, who was said to have had the most impressive private collection of books in the country, the firebrand, George Fernandes, who could bring India to a stop with a snap of his fingers — all lived in Bombay. At my level, all the other trainees were from bigger cities like Calcutta, Hyderabad and Delhi, while I was from Trivandrum (as it was known then). They were in their early 20s then and destined to be India’s future power elite.

“In the 1970s I was viewed as an ‘outsider’ by the power elite of Lutyens’ Delhi,” continues Baru. “In the 1990s, as an editor at The Times Group and someone who knew Prime Minister Narasimha Rao well, I was welcomed into the charmed circle of the Lutyens’ elite. I was invited to seated dinners, Hindustani classical baithaks and fancy cocktail parties in Lutyens’ Delhi and homes around Khan Market.”

In the 1970s, I was also viewed as an unrefined outsider by Bombay’s — and then India’s — power elite. In the 1990s, also as an editor at The Times Group and as someone who spent time at Oxford University, I was welcomed into the charmed circle of the Lutyens’ elite. 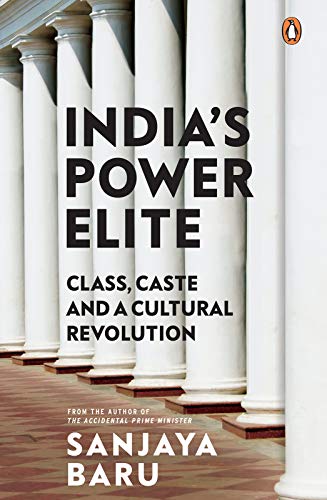 The story of Baru’s unputdownable book is my story too. To describe this book as “unputdownable” is to borrow the original description of this newspaper when it was launched by one of those Bombay contemporaries of mine who continues to be a very engaging member of India’s power elite. Just as this book is partly my story, it is also the story of hundreds of others in Delhi and their desperate struggle to remain relevant after Narendra Modi became the most powerful Indian prime minister since Indira Gandhi.

The topicality of the book, because it is set in the current, eventful, if often controversial, Modi-era, makes it an absorbing read even for those who have only a passing interest in the perennial shenanigans of toxically political Delhi. A shortcoming of the book is that it does not dwell in any detail on the stories of individual struggles of the besieged old power elite to somehow preserve at least a bit of their turf and continue to remain relevant.

As a member of the capital’s elite, like the author, this reviewer knows of many aspiring Judases among the Khan Market gang who were ready for compromises to preserve their privileges even without the Biblical thirty pieces of silver. They were contemptuously spurned by Modi. Some of these people continue to try.

Baru hints at reasons for this shortcoming. While writing, he had to struggle to avoid the pitfall that the chapters dealing with the changing balance of power among India’s celebrities, intellectuals, bureaucracy and the military did not descend into an off-putting academic exercise. What has emerged is largely a political tract on why those who matter in the New India actually matter.

Having spent a third of his professional life as a teacher and two-thirds as an editor and columnist, Baru tries to merge his dual persona into this authorship. “Academics look down on anecdotal theorizing, journalists love anecdotes,” he rationalizes. Instead of using anecdotes merely to press forward theoretical assertions, one wishes that the book was more like his earlier bestseller, The Accidental Prime Minister: The Making and Unmaking of Manmohan Singh, an exposé of the dramatis personae of that period.

The book’s most valuable chapter is the one which explores the roots of a nexus between business and politics which goes back to the heart of India’s freedom movement. How many Indians now know that Mahatma Gandhi was the originator of the Federation of Indian Chambers of Commerce and Industry? Or that in 1944, J.R.D. Tata, G.D. Birla and the other captains of Indian business authored ‘The Bombay Plan’ as a model for India’s post-independence development?

Unlike political, social or diplomatic history, India is deficient in its economic history. Hopefully, the threads between business and State, strewn in the book, will be picked up into a full-fledged, investigative work on this subject. It is imperative to put to rest the idea that crony capitalism is the product of India’s neo-liberal policies post the 1991 reforms.