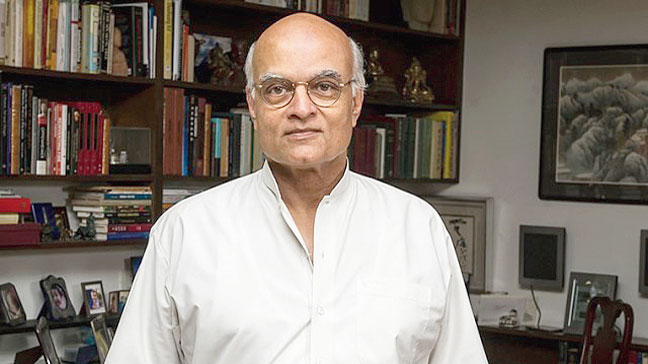 If something like foreign policy royalty does exist, then Shivshankar Menon is part of it. He is the grandson of Independent India’s first foreign secretary, K.P.S. Menon, and nephew to another, K.P.S. Menon Jr. His father, P.N. Menon, too, was a career diplomat. Shivshankar Menon’s own credentials are as formidable; he served as India’s foreign secretary from 2006-2009 and was the national security advisor from 2010-2014. So when he writes something, it comes from a place of authority and first-hand experience.

Menon’s book brings a fresh perspective on the complex issue of the geopolitics of the subcontinent. What stands out is the importance Menon has given to geography and how it has shaped the region’s politics. The initial part of the book focuses on the role of geography in shaping India’s history. There’s an informative analysis about India’s maritime prowess and how the dominance of the Muslim rulers in Central Asia ensured the flourishing of maritime trade between India and the West.

The circumstances that led the author to write the book are interesting. Post retirement, Menon took up an assignment as a teacher at Ashoka University. While interacting with students, he realized that there was a generational gap in the way he and his students looked at geopolitics, but that did not stop the students from being intrigued. Menon decided to pen down his thoughts to pique the interest of this generation.

Another intriguing aspect of the book is the blank pages: there are, at least, four of them, starting with page number 23. At first, I was confused and wondered if this was a printing mistake or had been done deliberately. Later, I realized that these pages had been left blank in the Indian edition of the book. They are supposed to be for maps. Menon is awaiting clearance from the Government of India to publish them.

The book is a must read for anyone who wants to get a better understanding of the circumstances that led to where India is today. It is a first-hand account of India’s story and the conditions that shaped New Delhi’s foreign policy. The language is simple and lucid and the book gives a real sense of the factors that have led to India’s rise as a regional power.

Part 1 — The Past — deals with the period from India’s Independence up to the period of globalization, from P.V. Narasimha Rao’s privatization drive to Manmohan Singh’s multilateral push. Part 2 — The Present — focuses on the impact of globalization on Asia. A lot of emphasis is laid on the rise of China, not only as a regional superpower but also as a global power. Here Menon talks of the circumstances that laid the foundation of Xi Jinping’s present policies.

The 13th and final chapter — “India’s Tasks” — and a brief, two-page Afterword focus on where we are headed and what has gone wrong. Menon argues that five years have been lost as a result of New Delhi’s bravado and extravagant statements. One would’ve expected a more nuanced explanation on how we have performed under Narendra Modi from a foreign policy perspective. This is no longer the Nehruvian era, with every nation keen to look out for its own interests. The US’s withdrawal from Afghanistan and its lack of interest in West Asia are prime examples of this insularity. The rules of engagement have changed with the shifts in the world order and India has done well in the way it has addressed complex geopolitical issues.

Menon accords too much importance to China. Yes, China’s rise has been phenomenal, but Beijing is not all-powerful. There are chinks in its armour and they need to be exposed. As the US looks within, it is only India that can take on the might of China. How do we respond and make ourselves relevant is something that I would’ve liked Menon to have addressed. Instead of one chapter and a short Afterword, there could’ve been a Part 3 on ‘The Way Forward’.