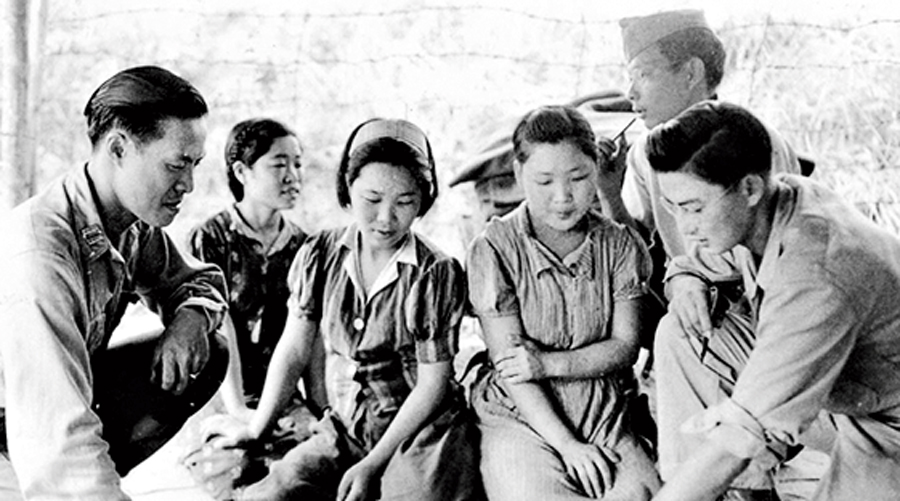 Book: How We Disappeared

Set in the Singapore of the early 1940s, Jing-Jing Lee’s profoundly moving debut novel weaves a compelling narrative cutting across generations, exploring the dark, silent spaces of a society traumatized by the horrors unleashed by Japanese forces during the Second World War. At the outset, Lee’s symbolic citation from Margaret Atwood’s novel, The Blind Assassin, sets the mood of her work: “The best way of keeping a secret is to pretend there isn’t one.” At the heart of Lee’s historical tale lies the murky secret of the abduction of 17-year-old Wang Di from rural Kampong by Japanese troops and her subsequent imprisonment in a military brothel where she is forced to serve as a ‘comfort woman’ under the name, Fujiko, for three years till the cessation of hostilities.

Ironically, Lee names her protagonist, ‘Wang Di’, which means ‘hope’ or ‘to look forward to little brother’, underscoring her existence under the ubiquitous male gaze throughout the novel. While withstanding the brutal rigours of Japanese soldiers at the “black-and-white house”, Wang Di’s initial horror gradually gives away to stoic endurance: “All of them merged to form one faceless, nameless beast — all body and inhuman noise.” The paradox of her inhuman experience lies in her proclamation: “The ones who frightened me most were the men who pretended to treat me as if I were human, at least at first, on the surface.” As if the sexual atrocities that the women prisoners had to endure were not enough, they also bore the brunt of food rationing, unhygienic co-habitation and fatal contagious diseases contracted from the soldiers: “All the women in the house kept falling ill. Colds. Stomach bugs. Infections that none of us talked about because it was clear the men had passed them along to us.” Amidst the dark squalid ambience of the military brothel, Lee sensitively portrays the quiet female camaraderie shared by Wang Di with her co-sufferers, Huay and Jeomsun, as they collectively try to endure the depraved sexual servitude imposed on them.

How We Disappeared by Jing-Jing Lee, Oneworld, £14.99
Amazon

Lee’s nuanced storyline remarkably blends historical facts, epistles, family history and fiction to provide rare insights into the traumatic experience of comfort women during the Second World War. As Wang Di’s tale shifts between past and present, Lee, rather interestingly, employs a three-tier narrative structure, coalescing the two timelines. Wang Di’s past and present narratives run concurrently with a parallel narrative of a 12-year-old schoolboy, Kevin Lim, who, in his personal quest for the truth, journeys back to the civilian horrors unleashed by the war.

Yet, it is Wang Di’s poignant narrative of the past that is bound to rivet the attention of Lee’s readers. The engulfing emotional distress, coupled with the emphatic social rejection subsequent to her eventual accidental homecoming, is heartrending: “After several days I caught on. I wasn’t Wang Di anymore, not to the neighbours anyway; what they called me instead was this: wei an fu, comfort woman.” Among her family members, the manner in which her brother, Meng, breaks his silence is even more eloquent: “Why did you come back?”

Through a close examination of the themes of concealment, horror, indignity and trauma, How We Disappeared chronicles a tale of deliverance and psychological-therapy too. In the rigid world of patriarchal discourse of most war narratives, Lee’s exploration of the horrors unleashed on women and other vulnerable sections of the society is a must-read for all.