Advertisement
Home / Culture / Books / A citizen of the world

A citizen of the world 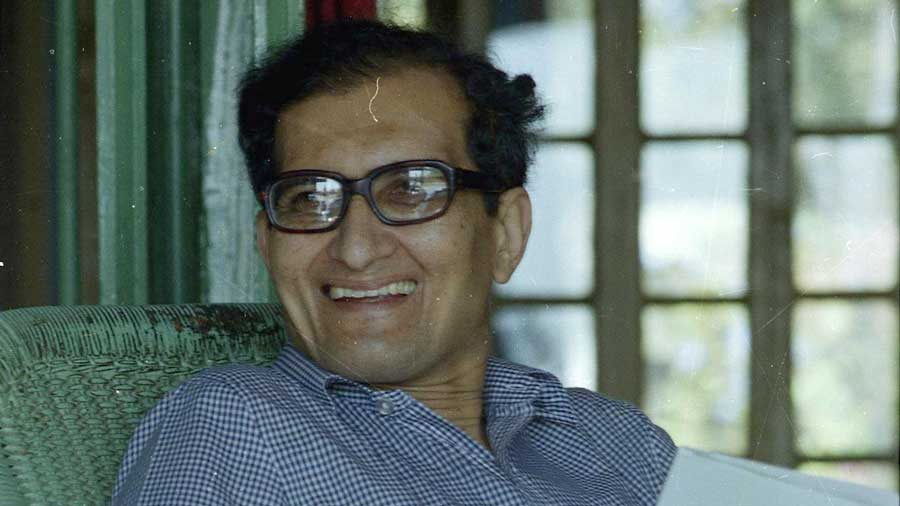 T.S. Eliot’s famous lines from almost a century back are more relevant now than ever in this world of increasing specialization. Information is at our fingertips — literally and figuratively — just a Google search away, or in the barrage of information or misinformation (as the case may be) that is floating on social media. Knowledge is the next level wherein one gathers an in-depth and thorough understanding of the subject matter. This is a rarity these days as one’s hunger for knowledge is often relegated to the level of information. What is even more rare or, if I may say so, almost non-existent, is ‘wisdom’. In a remarkable essay titled “Knowledge and Wisdom”, Bertrand Russell had delved into the distinction between the two. He defines wisdom as “the capacity to take account of all the important factors in a problem and to attach to each its due weight”. This becomes increasingly difficult given the current specialization of knowledge in every field. Apart from such ‘comprehensiveness’, he states something else which I found quite striking — a certain awareness of the ends of human life. The way I interpret Russell’s definition is that wisdom is the confluence of knowledge which leads to a higher realization pertaining to human existence. This is a rarity these days and is personified in Amartya Sen. His memoir, Home in the World, is a perfect illustration of that trait.

The book is a journey of Sen’s life starting from his early years in Dhaka, to his schooling in Santiniketan, his days in Presidency College and, finally, his years as a student at Cambridge University till he comes back to India to teach at the Delhi School of Economics in 1963. One can read the book as a narrative of his life till then but it is much more than that. It wonderfully weaves in history, sociology, culture and literature with an admirable dexterity. That is why I believe that the book has been termed ‘memoir’ and not ‘autobiography’. Most importantly, one gets to know the underpinnings as to what makes Sen one of the leading intellectuals of the world today.

If I were to single out two traits which have propelled his life journey, they would be curiosity and reasoning. He developed these very early in his life at his school in Santiniketan under the influence of Tagore where there was particular emphasis on the need for gathering knowledge freely from everywhere in the world, but then accepting it only with reasoned scrutiny. As an example of his curious mind, on his steamer rides with his father on the Padma river when he was just seven years old, he writes, “the engine room gave me an introduction to the world of engineering.” He was fascinated by the steel rods moving up and down and from side to side, with the rotatory movements of the wheels clearly visible. He reflects on that experience: “I now realise this was one of my early attempts to understand how complicated things such as a ship’s engine works.” Throughout his childhood, one can make out the immense influence of Sen’s grandfather, Kshiti Mohan Sen, on him; it was Kshiti Mohan who nurtured and nourished this curiosity. This curiosity got transformed into an ability to absorb knowledge from disparate people and experiences, albeit with adequate scrutiny. 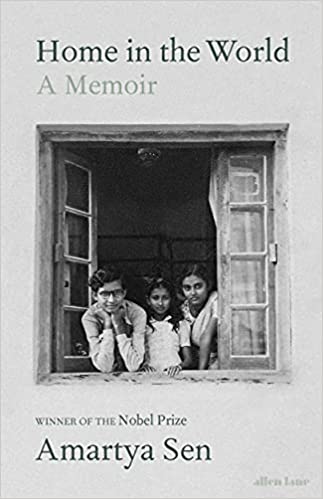 Home in the World: A Memoir by Amartya Sen, Allen Lane, Rs 899
Amazon

The book is replete with instances of his unusual ability to put together apparently disparate elements of knowledge necessary for an integrated understanding, which constitutes ‘wisdom’. For instance, he teases out the strong complementarity between Sanskrit and Mathematics wherein he says, “I could easily move from Kalidasa’s elegant poetry in Meghaduta and Shudraka’s intriguing play Mricchakatika... to the mathematics and epistemology of Aryabhata, Brahmagupta or Bhaskara...” Or, in another instance, he brings about the strange connection between the great philosopher, Ludwig Wittgenstein, and M.K. Gandhi in terms of their adoration for “manual labourers”.

Another striking thing is his objectivity of analysis, which the moral philosopher, Adam Smith, termed as the “impartial spectator”, even about people and events that deeply influenced him. The book has, by far, the most objective assessment of Tagore that I have read. One can see the influence of Tagore in igniting his passion about fighting poverty, inequality and freedom which were major themes in Sen’s work later in his life. He also highlights the way in which the West, at one point, cast Tagore as primarily a ‘great mystic’. It is interesting to know that Tagore played along with that image, as Kshiti Mohan tells Amartya in a weak moment. In the same chapter, he writes about Tagore’s voice against communalism and religious sectarianism and his rejection of nationalism. One curious omission in Sen’s account is Tagore’s controversial trip to Italy in 1926 at the invitation of the fascist ruler, Benito Mussolini, particularly since it has been a subject of debate amongst researchers. So was his curious, third-person account of Netaji’s brush with the Nazis and Japan. As a reader, I wanted to know what his personal take was rather than posing that incident as a discussion which his friends had, given his later work where he critiques the ‘end justifies the means’ dictum. The objectivity of his analysis is also evident in his discussion of India’s Partition where he blames the Congress equally for the unfortunate events.

One of the most fascinating chapters in the book is Sen’s battle with cancer when he was just an eighteen-year-old student at Presidency college. His strife against the prospect of imminent demise provides insight into the underpinnings of a researcher. Morbid as that may sound, one figures out that rather than throwing in the towel at the mercy of the medical profession, he took it as a challenge and as a problem to be solved. His determined fight against the dreadful disease, which included diagnosing himself by reading books on the subject, is a testament to the psyche of a stubborn researcher. This particular line from his on the incident is a life lesson — “Our life consists of a sequence of experiences, and a period of medical treatment is a part of that sequence... we have reason to be concerned not merely with the life after our battle — if there is one — but also with life during the battle, which in the case of cancer can be quite a prolonged period.” Wisdom incarnate.

In the last section of the book, he wonderfully sums up the two biggest intellectual influences of his life — Rabindranath Tagore and Adam Smith. The deep sympathy for the poor and the disadvantaged which was so evident in Smith’s work also formed the crux of Tagore’s work. In his last public lecture in 1941 shortly before his death, he expressed “horror at the treatment received by some parts of humanity”. Amartya Sen started lecturing at the Delhi School of Economics in the early 1960s by motivating his students using these examples. These concerns for the poor and the disadvantaged formed the core of many path-breaking works in his own research for which he has been called ‘conscience of economics’.

I wish to end with a note on the wonderful title of the book. In ancient Greece, Stoics developed the image of kosmou polites (world citizens), arguing that each of us dwells, in effect, in two communities — the local community of our birth and the community of human argument and aspirations, in which we “measure the boundaries of our nation by the sun”. Amartya Sen’s place in the world has, indeed, been in that community of human argument. That is his home.

Suman Ghosh is a Filmmaker and an Economist