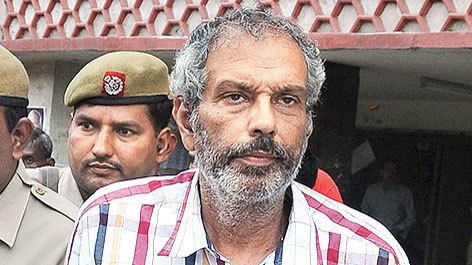 Kobad Ghandy broke into the national consciousness in 2009 as a ‘top Maoist’ leader nabbed by the Delhi police. After a decade in Indian jails, the now acquitted Ghandy has written this eminently readable memoir. Even though it’s billed as a prison memoir, Ghandy’s account of life in various Indian jails comprises just one of the three sections of the book. The other two are equally, if not more, fascinating.

The first section deals with the transformation of an upper-class, Parsi youth, educated in Doon School and in England, to a committed activist dedicated to social and political revolution. Ghandy was shaped by the radical currents of his time. He vividly conveys the heady optimism of the late 1960s and early 1970s — China’s Cultural Revolution and the Naxalbari uprising in India — when everything seemed possible.

The book often takes abrupt leaps in time, with only sketchy details of the actual work done by Ghandy as a political activist. On returning from London, with a world-view inspired by Marxism, Ghandy joined a left-wing youth organization linked with the Janashakti faction of the Maoists. He recalls organizing slum dwellers in Mumbai and Dalits in Nagpur, raising their consciousness and leading them in social struggles. However, there is little mention of the nature of the relationship between his progressive circle and the Maoists: Ghandy maintains he worked within the confines of the law. The narrative seems evasive at times, but given Ghandy’s legal troubles, it would be hard to hold that against him.

The second section is the classic prison memoir, recounting the travails of the sophisticated Marxist intellectual as he tries to reconcile himself to the chaotic and brutal world of Indian jails. This part has the most colourful characters, none more so than such North Indian dons as Brajesh Singh, Tribhoovan Singh, Sunil Rathi and Kishan Pehlwan. Ghandy strikes up an unlikely camaraderie with these outlaws, and his sympathetic prose, shorn of judgment, coaxes the reader into recognizing the humanity of these ruthless figures. The recollections of his friendship with Afzal Guru, who introduced him to Rumi and Islamic philosophy, perhaps form the most striking passages of the book.

The trajectory of Ghandy’s life provides an intriguing parallel with the international communist movement. When he began his life as a revolutionary, almost half the world was under communist rule. He reflects back on his life and the communist project even as the global communist movement is on its last legs. He freely admits as much; the unflinching honesty of his reflections is admirable.

He locates the failure of the communist promise in the lack of a concrete value system that could have tethered it to a humanist direction. The intellectual contribution of the book then is to provide an alternative path towards the socialist utopia. He does so by proposing that progressive politics must be guided towards the ultimate goal of happiness and undergirded by a value system he terms “Anuradha values” — after those espoused by his late wife, Anuradha. Learning crucial lessons from communist excesses in Russia and China and the gradual shrivelling of the Indian Left, honesty, selflessness, straightforwardness and empathy are presented as the essential building blocks of a new progressive movement. It’s a romantic vision. Ghandy, evidently, has not lost the idealism of his youth despite the mental ravages of a long stint in prison.

This is a sincere and lucid book, mercifully free of intellectual jargon or literary pretensions. It is also deeply moving at times, particularly when Ghandy writes about his wife. Whatever one makes of Ghandy’s ideas, there are some important insights to be gleaned from his dramatic life.