'Finding the Raga' is more about finding the author and his personal journey, his existential angst, and struggles he experienced growing up in posh south Mumbai 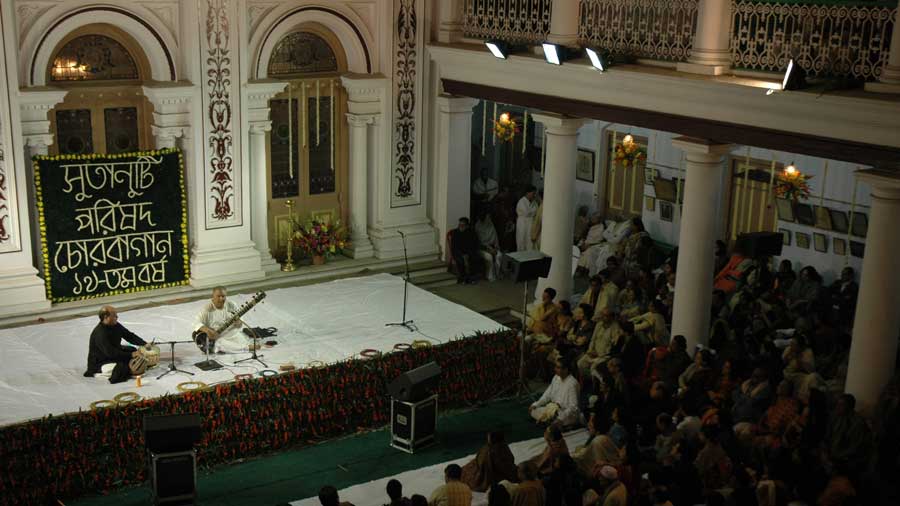 For this music lover, Amit Chaudhuri’s book came as a disappointment. Finding the Raga is not really intended to find that intangible delight of the musical entity that we know as the raga; something that serious listeners are enchanted by and serious musicians strive all their lives to explore in practice. The book is more about finding the author and his personal journey, his existential angst, and the struggles he experienced growing up in a posh suburb in south Mumbai, without the comfort of knowing the local language and its cultural codes. The reader is doubly compromised in trying to make sense of the book, which is burdened with encomiastic blurbs describing the author’s musical brilliance and literary genius. So how does one begin to make sense of the story? As an admirer of the author’s evocative prose? Or of his musical performances? I take neither route and intervene instead as an avid listener of Indian music with a deep and abiding interest in its public, twentieth-century history. It is in that spirit that I will reflect on some of the themes that crop up in Chaudhuri’s personal musings, or, as he puts it, an improvization on Indian music.

The first part of the book is titled “Alaap” — an overture detailing the author’s transition to a new life in Bombay, where, as a sixteen-year-old struggling with college and home, he found distraction in the Hindustani music that he had heard and overheard amidst his other musical flirtations. The section makes for an easy read, evoking impressions of Bombay in the 1970s, especially glimpses of its musical scene. The author seems to have remained relatively isolated from the dense musical life associated with several societies and associations in central Bombay, most notably in Matunga and Dadar. However, references to the teachers that his mother had and learned from give us a textured image of the liminal world of musical instruction and circulation, especially among upper-class enthusiasts, so evident in the writings of other musicians and writers. 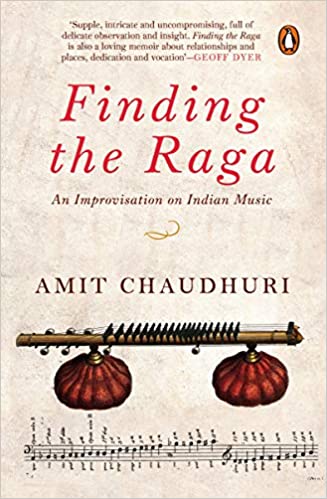 In this section, personal anecdotes are interspersed with serious deliberations on Western music and experimentation, on somewhat superficial asides on Carnatic music and on laboured analyses of raga, brought out not through the performative experience but through the voices of theorists like Ferdinand de Saussure. In fact, it is only when the author communicates through his practice his uncertainty and confusion about the raga that we are on a joy ride; sadly, one that does not last long enough. He relies too much on paraphrasing V.N. Bhatkhande, the doyen of musical taxonomy of the twentieth century, and too little on the actual world of musical conversations between teacher and student. It is a pity that we have too little to follow up on the Laxman Prasad Jaipurwale story who appears out of nowhere. Do they, for instance, command a repertoire of Sadarang-Adarang and, later, of the great khayal composers? The historical context is missing; it is, therefore, bewildering when he says that the raga, Mian ki Malhar, was put together by someone in the nineteenth century! If so, what about the great bara khayal texts of Sadarang-Adarang that constitute the core of the khayal repertoire?

The alaap deepens as we are transported to the author’s sojourn in London from the 1980s onward. The transition was not an easy one and one of its fallouts, we are told, is the problematic relationship the author continues to have with Britain. What does stand out in this intimate confession is the vitality of the musical connection that Chaudhuri maintained with his guru and which, evidently, as we can hear from his early recordings, made an impact on his music.

The second part of the book is on modernism and the khayal. This encompasses a predictable history of the genre but does not reference the impressive new scholarship around it. The author attempts to identify signs of modernism that do not add up to very much. He writes about the distinction between spirituality and devotionalism, but that distinction remains unclear. He also refers to the tuning process as a constitutive element of modernism but what this means remains vague. Did the notion of the ‘jowari’ change? And if so, how? What role did technology play in this? It helps that these questions crop up but for the reader there is a lurking sense of incompleteness. Also, the reader was somewhat perplexed by the sixteen-page interlude that consisted solely of repetitions on the beat of the teen taal. Where the book does come alive is the concluding section on intentionality and improvization and how in the ambiguity of exploration lies the magic of music. One wishes that this experience of singing, searching and finding the joy of the raga came through more directly to readers who could then have perhaps glimpsed at the joy of the anhaat or unstruck sound.