An appeal to fight for a better world

'Azadi: Freedom, Fascism, Fiction' brings together nine of Arundhati Roy’s essays from 2018 to 2020 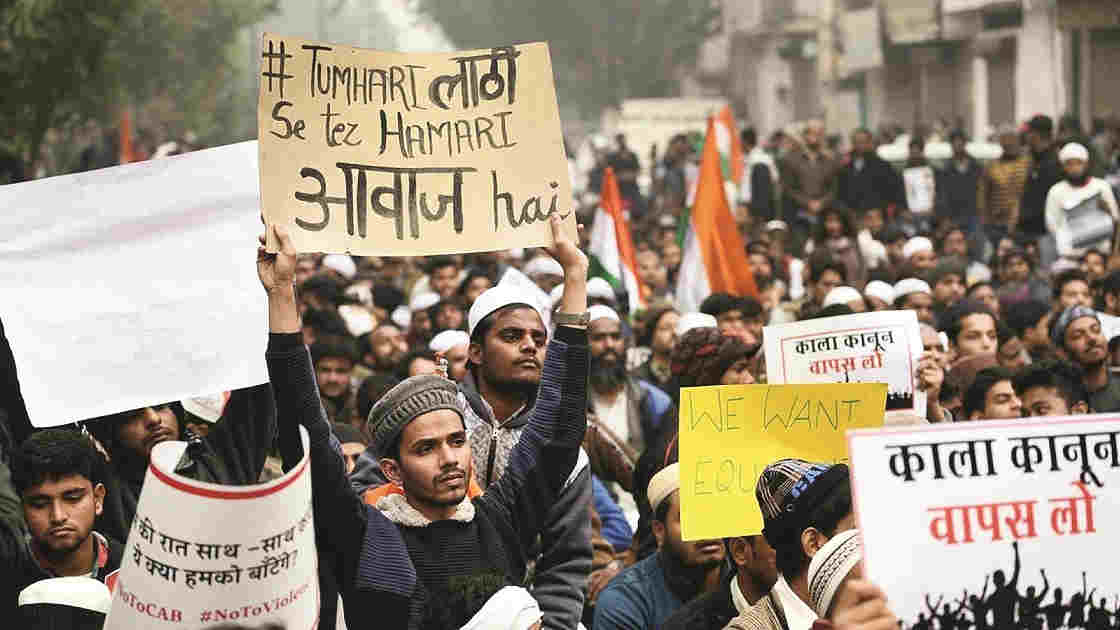 Arundhati Roy’s screenplay for In Which Annie Gives It Those Ones (1989), which won her a National Award, presented a hilarious romp through the lives of students in the National Institute of Architecture but underlying the sometimes bizarre humour was an entirely serious and pointed critique of the way in which hierarchies and power structures permeate and disfigure Indian higher education. In both The God of Small Things (1997) and The Ministry of Utmost Happiness (2017) she used fiction to draw attention to many of the grave ills that beset our society in evocative, lyrical, sometimes even haunting, prose. In all these works, Roy not only pushed generic boundaries but also provoked her viewers/readers to look at things from a different, and often difficult, perspective — raising questions that challenged the complacent comfort zone in which I suspect most of her English-reading audience normally dwells.

In the two decades between her first and second novels, Roy turned her clinical eye and creative hand to carefully scrutinize many of the inequities and inequalities that beset Indian life, challenging, in the process, the official narrative of a nation slowly but surely on the rise, especially after throwing off the shackles of the licence-permit raj, and letting loose the animal spirits of market competition and free enterprise. Her essays have earned her praise and brickbats in equal measure, not least because she has the knack of getting to the heart of the matter she is examining, delineating its contours dexterously, and making her own position regarding it clear, with little of the impartial balancing-both-sides-of-the-story perspective that some expect when an author deals with serious matters concerning a people, a nation, and/or the relationship between the two. 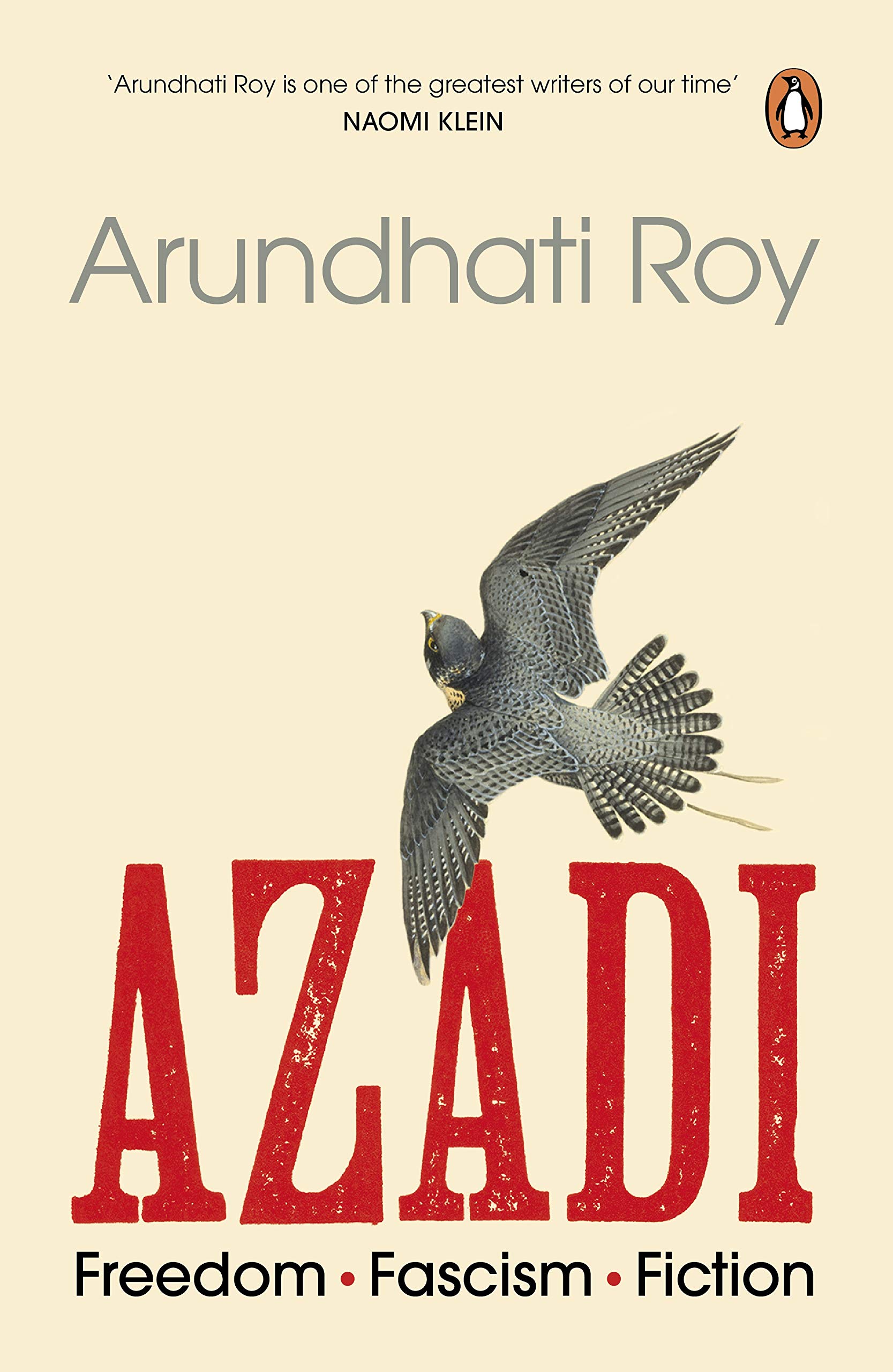 Azadi: Freedom, Fascism, Fiction brings together nine of Arundhati Roy’s essays from 2018 to 2020 — a timespan that starts with democratically-elected governments across the world taking a turn towards authoritarianism, and ends with the still-ongoing Covid-19 pandemic. Of these, four (“In What Language Does Rain Fall over Tormented Cities?: The Weather Underground in The Ministry of Utmost Happiness”, “The Language of Literature”, “Intimations of an Ending: The Rise and Rise of the Hindu Nation”, “The Graveyard Talks Back: Fiction in the Time of Fake News”) are texts of lectures delivered at prestigious institutions abroad, and all nine have been published in journals and magazines earlier. Taken together, they represent the qualities we have come to associate with Roy’s oeuvre — a passionate engagement with ideas; a commitment to justice, especially for those individuals or groups usually excluded from discussions around development, democracy, freedom, equality, and similar notions so beloved of the shakers and movers who determine the courses of our lives; an ability to examine simultaneously both the matter under discussion as well as those (Roy herself included) doing the discussing; and, of course, a subtle, quirky, sometime playful, sometime somber, use of language to challenge, provoke, and question the usual pabulum that passes for much of the criticism of matters cultural and political in our present universe of public discourse.

“I have never felt that my fiction and non-fiction were warring factions battling for suzerainty. They aren’t the same, certainly, but trying to pin down the difference between them is actually harder than I imagined. Fact and fiction are not converse. One is not necessarily truer than the other, more factual than the other, or more real than the other. Or even, in my case, more widely read than the other.” A large part of Roy’s appeal as a writer, whether of fiction or otherwise, is her unflinching courage when it comes to stating facts that many shy away from addressing directly. Here is Roy on the Citizenship Amendment Act: “The CAA, which offers a fast-track route to citizenship for non-Muslim minorities, is blatantly unconstitutional and blatantly anti-Muslim… it is meant to delegitimize, destabilize, and criminalize not just Muslims but hundreds of millions of Indians who do not have the requisite documents - including those who are chanting Goli maaro saalon ko! today.” In her stinging critique of the state of her beloved country now, Roy can use humour with the devastating effectiveness of a sniper: “The fascists need to take some good fiction-writing courses.”

Azadi is not a work of impartial, dispassionate scholarship; it is a deeply-committed literary artist’s vision of what is wrong with our world today, and a heartfelt appeal to join together as best we can to try and heal the wounds before it is too little, too late. It is also a demonstration of the power of words, and the strength of story to help us make sense of the world we inhabit as well as the world we could create if we are “ready to imagine another world. And ready to fight for it.” Read it.