Before one hundred years

Through close readings of Márquez’s texts, Santana-Acuña shows how the latter transformed his style at the elementary level 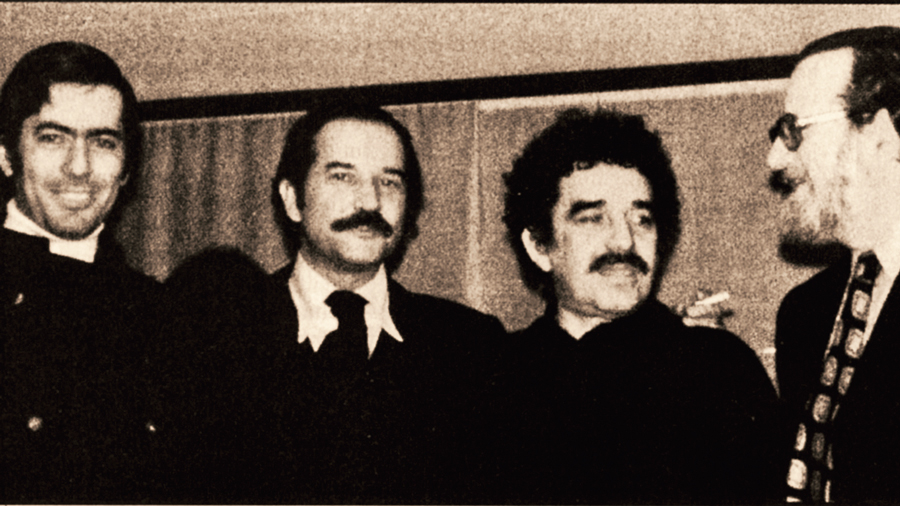 Book: Ascent to Glory: How One Hundred Years of Solitude Was Written and Became a Global Classic
Author: Álvaro Santana-Acuña
Publisher: Columbia
Price: £22

What goes into the making of a book that is as popular and universally loved as it is respected for its literary worth? If there is such a work of fiction, it is One Hundred Years of Solitude. It has been voted as the novel that has most influenced world literature over the past three decades. Gabriel García Márquez’s book has also been translated into nearly 50 languages and has sold more than 50 million copies and counting. In his book, Álvaro Santana-Acuña strives to get to the root of its success, and he begins his endeavour by exploring the events that led to the birth of this novel.

Origin myths — some as surreal as the events depicted in One Hundred Years — about the novel abound in the public domain. They have been the subject of many scholarly works. Santana-Acuña uses these myths as his starting point and proceeds not to debunk them — after all they played an important part in making the novel what it is — but to unravel their threads and reweave them into a much broader panorama of Latin American and Spanish literature between 1950 and 1990.

Santana-Acuña eschews a personal narrative of Gabriel García Márquez — think Gabriel García Márquez: A Life by Gerald Martin or Gabriel García Márquez: The Early Years by Ilan Stavans — for a more textual and linguistic framework. Although he is not mentioned, Pierre Bourdieu’s concepts of habitus, disposition, and cultural capital clearly inform Santana-Acuña’s critical approach. This is a study of Márquez and his fraternity — writers such as José Donoso, Carlos Fuentes, Alejo Carpentier, and Mario Vargas Llosa — and how they shaped the “New Latin American Novel”. Latin American literature came into existence as a tradition whose boundaries transcended those of the Latin American region. It had a multi-ethnic, multi-lingual, and multi-national niche that was the product of three generations of writers, critics, and publishers. Distant turbulences — the Spanish Civil War, Francisco Franco’s dictatorship and the Second World War — influenced Latin American literature decisively as well. 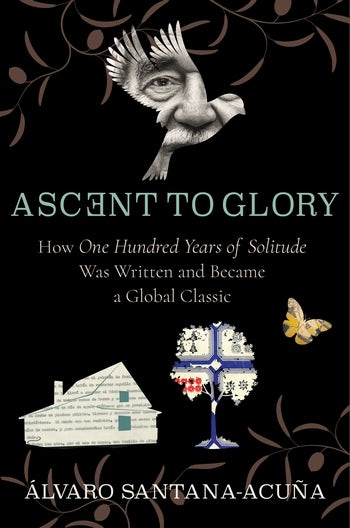 Ascent to Glory: How One Hundred Years of Solitude Was Written and Became a Global Classic by Álvaro Santana-Acuña, Columbia, £22
Amazon

Yet, for literature to be shaped, it had to be published first. “How can literature exist,” Llosa had once asked, “in countries where there are no publishing houses, where there are no literary publications, where if you want to publish a book you must finance it yourself?” Interestingly, Santana-Acuña focuses on an oft-overlooked aspect when it comes to research on obstacles faced by the Spanish publishing industry — the importance of raw material, literally. The chronic shortage of paper between the Spanish Civil War and the early 1960s threatened the viability of the publishing industry. Paper, indeed, had become a valuable commodity, and its importation for publishing purposes was taxed exorbitantly. The high taxes on paper importing prevented publishers from printing innovative novels and new authors because these literary ventures were risky and unprofitable. Had Márquez written One Hundred Years only a few years earlier than he did, it might not have seen the light of day.

Another lesser-known influence on the style of the New Latin American Novel — and yet a critical agent of standardization — were the Francoist censors. They watched out for the usual suspects: pornography, politics, and history. For example, censors forbade the publication of Explosion in a Cathedral by Carpentier and The Good Conscience by Fuentes for criticizing Spain’s colonial legacy in Latin America. The censors, albeit unwittingly, shaped linguistic aesthetics: as gatekeepers of the purity of Castilian Spanish, they kept Latin American Spanish to a minimum, rejecting  “Creole jargon” altogether. The text of the first edition of In Evil Hour, printed in Spain to be sold in Latin America, was corrected into “perfect Castilian”, suppressing any traces of the writer’s Latin American Spanish. But Márquez was a quick learner. That the censors found nothing that was ideologically offensive in One Hundred Years is a testimony to Márquez’s skills as a writer. According to censors, “it does not defend a thesis but... simply describes unsuitable situations without approving or condemning them.” Censors, in fact, were pleased that One Hundred Years did not contain Creole jargon and that it used a classic — even archaic language — that appealed to their taste for quality Castilian Spanish.

Through close readings of Márquez’s texts, Santana-Acuña shows how the latter transformed his style at the elementary level — the construction of a sentence, for instance — by adopting a mix of devices from journalism and the works of authors like William Faulkner. In fact, he was so aware of the different aspects of publishing that some of his colleagues began to call the author “García Marketing” since he aggressively demonstrated that publicity was key to creating a literary brand.

In a way, One Hundred Years of Solitude gets a rather short shrift in Ascent to Glory, but that is the point Santana-Acuña makes here: so much more goes into a book becoming a ‘classic’ than merely the text itself. Placing Márquez carefully among the forces that left their imprint on Latin American literature makes this an essential work for admirers of One Hundred Years of Solitude as well as for those interested in examining the mechanisms of a text acquiring a global identity.