An alternative politics of care

'A Pandemic and the Politics of Life' stands out among these for its erudition, for its location of the crisis in the larger political economy of neoliberalism 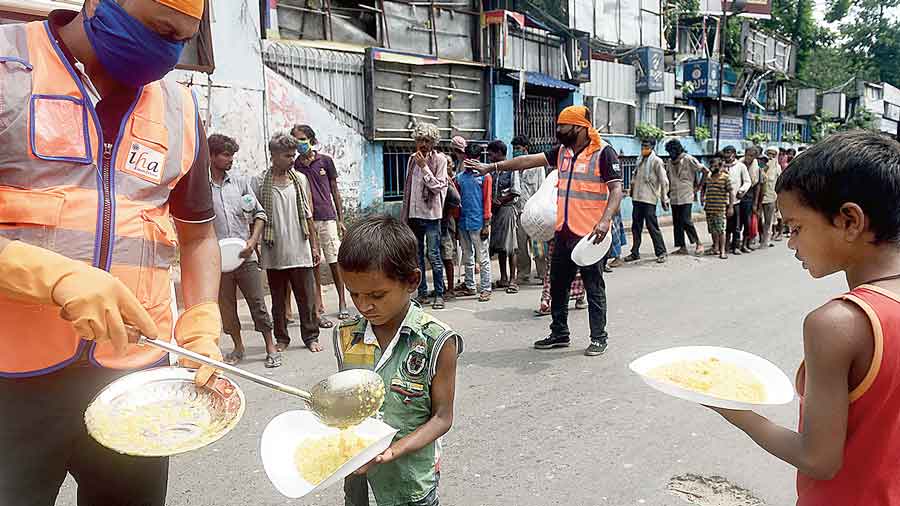 There is a swelling deluge of literature that has already emerged that tries to make sense of the greatest health emergency of a century that is still unfolding — compounded by an economic crisis, a migrant crisis, and a political crisis. Ranabir Samaddar’s A Pandemic and the Politics of Life stands out among these for its erudition, for its location of the crisis in the larger political economy of neoliberalism, for its rigorous, consistent, unsentimental focus on questions of equity, and for the hope it sights in what he calls bio-politics or the politics of life from below.

He observes acutely how the pandemic starkly exposes the inability of the neoliberal global regime to protect life. Its focus remained on saving private capital, austerity measures, and, indeed, proposing ‘herd immunity’, suggesting that some lives are dispensable. There were no strategies for social mobilization to cope with the pandemic, no significant policies to restructure public health to deliver healthcare to the poor, and no effort “to discipline corporate medical facilities reaping huge profits from the crisis”.

He traces how, like in earlier epidemics, State responses were predicated on requiring prompt and unquestioning obedience from the people. These combined — borrowing from Foucault — the separation from all human contact of the leper and the confinement and internment of the plague. He recalls the assassination in 1897 by the Chapekar brothers of the British Plague Commissioner, driven by their rage against using troops for a health emergency. Over a century later, he highlights how little we have learned.

Although the pandemic has laid bare how individual health depends on the health of everyone, public strategies do little to reverse the erosion of public healthcare through decades of austerity and privatization. Further, “[h]ow do you advise self-isolation to a person sharing a shanty with ten persons...? How do you suggest social distancing to a manual scavenger? How do you tell an Adivasi, struggling for one meal a day, to prioritise hand sanitisers?”

A Pandemic and the Politics of Life by Ranabir Samaddar, Women Unlimited, Rs 450
Amazon

He observes how State measures to control the pandemic became a nightmare for workers, because these did “not have workers as its main objective of attention; they may turn the wheels, but are never the main consideration”. He speaks of how millions of informal migrant workers were not covered by social security and public health systems. “They got no support along the way as they travelled at times hundreds of kilometres. When they were lucky enough to board special trains, they had no food, water...” They were evicted from their homes as “health hazards”, and were treated as “health hazards” even when they returned to their native homes.

Samaddar calls for a transformed politics, a new kind of public power “which values care as the guiding principle of organizing society”, one that resolutely saves lives, “welding the mechanisms of care, solidarity, and protection”. The virus, he says, echoing Samir Amin, looks suspiciously like a neoliberal virus. In India, Covid relief was just 0.8 per cent of the GDP, with “organized bailouts for big business far in excess of relief efforts for vulnerable sections... — migrant workers, the elderly, slum populations, and out-of-work labouring groups”. Instead of belatedly building social protections for workers, governments are scrambling in India to dismantle whatever labour rights exist. The neoliberals have transformed an epidemiological crisis into a pandemic of fear. What has become evident is “the structural inability of the neoliberal post-colonial regime to ensure the safety of life...”

He ends his book with a stirring preliminary envisioning of “a new politics of life and the importance of care in such a transformed politics”, pitted against the failures of neoliberalism. He finds imperfect elements of this in the Dharavi model of self-organization and protection; the Bengal model of giving high priority to ensuring access to food; and the Kerala model of planned social mobilization. His imaginary is of a new bio-politics or a politics of life from below, of a caring power and a caring society with trust at its core. In a future society of caring, he outlines how the federalization of care and protection arrangements has crucial importance in a regime of universal rights.

The metaphor of war is often used in the context of fighting Covid. But this is a war not for death but for life. Powerfully, Samaddar calls for a people’s war, an all-out effort for care.