O’Brien’s book is a treasure trove, ebulliently tracing the origins, identity, integration and journey of Anglo-Indians in the nation-building process 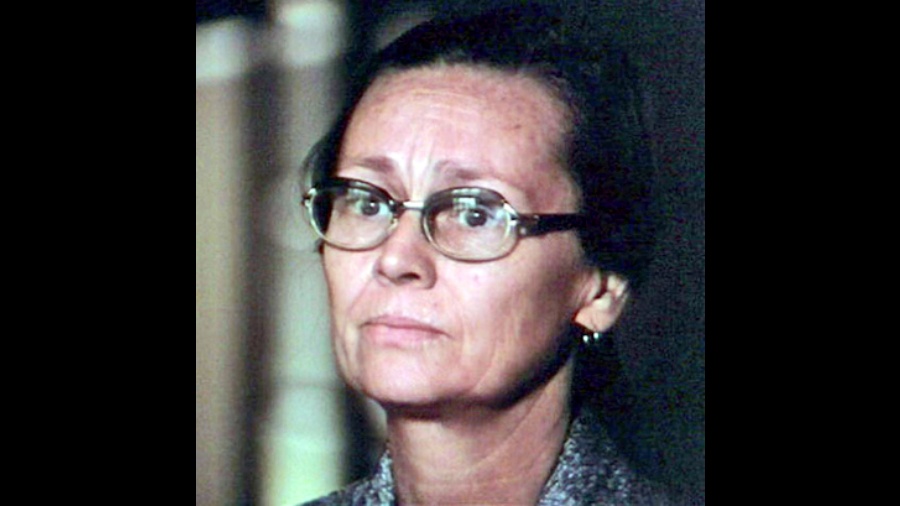 Book: The Anglo-Indians: A Portrait Of A Community

Satyajit Ray’s sensitive portrayal of Edith Simmons in Mahanagar poignantly explored the vulnerability engulfing the existence of Calcutta’s marginalised Anglo-Indians. Ray underscored Edith’s sense of estrangement and victimhood as she is abruptly fired by her employer. The rare empathy and support for Edith from Arati, the female protagonist, reinforce Ray’s directorial message of social inclusivity and cosmopolitanism.

Ray’s portrayal of Edith is unique in the sense that it sharply contrasts with the parallel portrayals in Bollywood, which routinely contrasted the debased AngloIndian or the Westernised Christian woman with the Hindu female counterpart mostly presented as an embodiment of morality and virtue. Edith’s isolation also binds her with the aged and lonely AngloIndian teacher, Ms Violet Stoneham (Jennifer Kendal), in Aparna Sen’s 36 Chowringhee Lane. The predicament and personal frustration embodied through these portrayals on screen conveyed the sense of AngloIndians being cultural outsiders in the urban spaces they inhabit.

Forsaken by the British and secluded in independent India, the history, legacy and present challenges of the Anglo-Indian community continue to be revisited at recurrent intervals. Barry O’Brien’s The Anglo-Indians: A Portrait of a Community is the latest addition to such endeavors undertaken by writers, cultural historians and researchers. Some of these fresh efforts include notable contributions from Hari Baskaran (These Bloomin’ Anglos: Glimpses into the Anglo Indian Heart), S. Muthiah and Harry Maclure (The Anglo-Indians: A 500-Year History), Uther CharltonStevens (Anglo Indians and Minority Politics in South Asia: Race, Boundary Making and Communal Nationalism), W.F.B. Laurie (Sketches of Some Distinguished AngloIndians), Lionel Caplan (Children of Colonialism: Anglo Indians in a Post-Colonial World), among several others. Efforts have also been directed at reconstructing regional and local histories of the Anglo-Indian community from different parts of India. Smita Joseph’s The Anglo Indians in Hyderabad, Stephen Padua’s Threads of Continuity: History of the Anglo-Indian Community in Kerala and Charles Dias’s The Portuguese in Malabar: A Social History of Luso Indians are some of the laudable attempts in this direction. O’Brien’s work provides a new impetus in recompiling Anglo-Indian history, its tradition and continuity in multiple ways.

Having worked closely at the grassroots and served in various capacities with the All-India AngloIndian Association, O’Brien’s research not only traces the origins and the evolving history of the Anglo-Indian community but also moves on to challenge associated erroneous — clichéd — stereotypes. The writer’s anguish is palpable in this regard: “We carried the social baggage of being stereotyped by the colonizers for a couple of centuries. Even after the British left, a significant chunk of Indian society viewed us through a haze of preconceived notions and generalizations.” He highlights some of the flawed generalisations that persist even among the urban, educated sections of society: the insinuations about Anglo-Indians being anti-Indian on account of their allegiance to the raj; the impression of the community being addicted to fun and liquor; the assumption of AngloIndian women being promiscuous and so on. O’Brien’s analysis does a commendable job of obliterating these absurd suppositions: “… big problem with almost every girl on screen who got pregnant without being married being named Julie… or Lily… or Jenny. Big problem with every bad guy being named Michael, Anthony, or Peter, with a humongous crucifix resting on his chest, speaking Anglicized or broken Hindi and hitting the bottle in every scene… only when he wasn’t hitting the good guys.”

O’Brien addresses the challenges of identity and representation that have confronted the community since the sixteenth century. The book’s socio-political canvas is a sprawling one, encompassing a wide range of issues: the arrival of the Europeans in India, subsequent miscegenation through intermarriages, the impact of the 1857 Revolt, the gradual transition of identity from ‘Eurasian’ to ‘Anglo-Indian’, the individual efforts of W.C. Madge, John Abbott and Henry Gidney in the early twentieth century, the sacrifice of the Anglo-Indians during the two World Wars, the singular efforts of Frank Reginald Anthony — the youngest-ever president in chief of the All India Anglo-Indian Association — the challenges confronting the community in post-Independence India, the mass exodus of Anglo-Indians to Canada, Australia and other countries during the 1960s and 1970s, the  impact of constitutional amendments, the brilliant contributions of sports, entertainment and fashion icons like Wilson Jones, Violet Peters, Elizabeth Davenport, Leslie Claudius, Diana Hayden and Helen Richardson Khan as well as of Neil O’Brien, Ruskin Bond, Allan Sealy, among others, who testify to the rich cultural heritage of the community.

The chapter, “The Anglo-Indian System of Education (SixteenthCentury-Present)”, chronicles the enormous contributions made by the European missionaries towards Indian education. However, the section would have benefitted from a more detailed account of the role played by the Jesuits in India (especially in Bengal), working for the welfare, education and upliftment of the masses. In this context, the pioneering efforts of the committed priests and teachers in institutions like St Xavier’s School and College definitely called for greater attention and a more detailed exploration. In advertent or otherwise, the exclusion of the foundation dates of St Xavier’s School and College and that of the Sans Souci Theatre is a glaring omission.

These slips not withstanding, O’Brien’s book is a treasure trove, ebulliently tracing the origins, identity, integration and journey of Anglo-Indians in the nation-building process. It should be read by those in and out of the community.