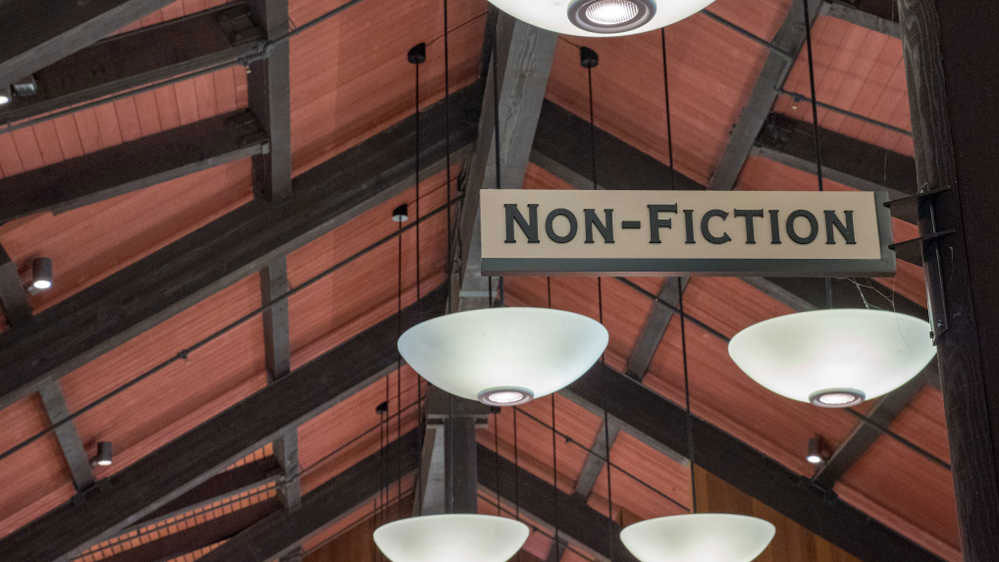 Ranging from the slight to the serious, the idiosyncratic to the polemical, dripping with characteristic self-deprecating irony, the pieces of writing in “Languages of Truth: Essays 2003-2020” capture Salman Rushdie’s Protean spirit to perfection.

These thoughtful, timely essays from one of nationalism’s foremost critics reveal the role of propaganda in creating fables of false glory.

Liner Notes for the Revolution: The Intellectual Life of Black Feminist Sound
By Daphne A. Brooks,
Belknap

In this erudite, exhaustive volume, Daphne A. Brooks chronicles the lives of Black women musicians as well as their centrality to the radical intellectual tradition.

An illustration of Shakuntala.
Wikimedia Commons

A compelling work that interrogates an enduring dilemma — is there tragedy in classical Sanskrit literature? — in a refreshingly novel way.

At a time when a shadow seems to be deepening on India’s democratic charter, Christophe Jaffrelot and Pratinav Anil provide a much-needed exploration of the conditions
and character of India’s original Emergency.

The Commonwealth of Cricket: A Lifelong Love Affair with the Most Subtle and Sophisticated Game Known to Humankind
By Ramachandra Guha,
Fourth Estate

Part-memoir, part-appreciation, part-social commentary, part-storytelling with a healthy mix of the favourite cricket-nerd’s activity — such as conjuring up Dream XIs — The Commonwealth of Cricket serves as a template of intimacy — personal and political — with India’s favourite sport.

A Fatal Thing Happened on the Way to the Forum: Murder in Ancient Rome
By Emma Southon,
Oneworld

In this satirically funny narrative, Emma Southon investigates the role of murder and assassinations in shaping Roman politics and, thereby, history, while underlining the public sensibilities concerning these acts of drawing blood.

The Calcutta Kerani and the London Clerk in the Nineteenth Century: Life, Labour, Latitude
By Sumit Chakrabarti,
Routledge

Deftly balancing empirical study with dense theoretical ruminations, The Calcutta Kerani effortlessly transports readers to the dark and dank corridors of the kerani’s world in the late-nineteenth and early-twentieth centuries, deliberating, in the process, on life, labour and leisure.

A work of formidable research, Geraldine Forbes succeeds in illuminating Sarala Devi Chaudhurani’s layered persona from being eclipsed by that of Gandhi through a riveting, dispassionate exploration of their correspondence.

Ramayana Revisited: An Epic Through a Legal Prism
By Anil Maheshwari and Vipul Maheshwari,
Bloomsbury

An illustration from the Ramayana.
Wikimedia Commons

In an era when the Ramayana is intrinsically connected, perhaps more than ever, to life and politics, Ramayana Revisited is an amusing take on the epic that reimagines its characters and events by subjecting them to modern legal trials.

Voices of Dissent: An Essay
By Romila Thapar,
Seagull

Written in Romila Thapar’s usual lucid prose, the essay explores an Indian past when dissent against established norms — a tradition under duress in New India — defined the contours of public life.

The Socrates Express: In Search of Life Lessons from Dead Philosophers
By Eric Weiner,
Simon & Schuster

The Thinker, a bronze sculpture by Auguste Rodin.
Wikimedia Commons

In this delightful book, Eric Weiner, armed with the wisdom of renowned philosophers, journeys to diverse settings to ponder some of humanity’s fundamental dilemmas.

Azadi is a deeply-committed literary artist’s vision of what is wrong with our world today and a heartfelt appeal to join together to try and heal the wounds before it is too late.

This is an allegorical, philosophical and deeply personal exploration of and search for meaning: what does it mean to reflect on, love and be enchanted by worlds — within and without.

Packing in complex layers of political theory, legal discourse and forensic technicalities, The Truth Machines’ exhaustive documentation and new frameworks expose the “scaffold of rule of law” that seeks to mask State violence behind the veneer of police modernization.

Ascent to Glory: How One Hundred Years of Solitude Was Written and Became a Global Classic
By Álvaro Santana-Acuña,
Columbia

What turns a literary work into a classic? Ascent to Glory examines this intriguing question by laying bare the magic of arguably Gabo’s most celebrated creation.