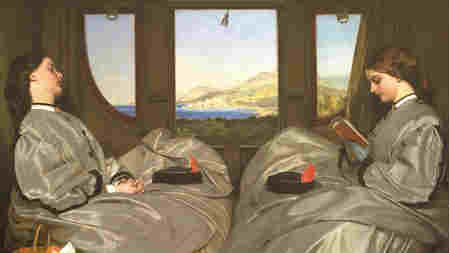 In 1972, Harold Pullman Coffin, a columnist with the San Francisco Examiner, felt that there were too many ‘national days’ proclaimed by various groups and individuals. He thus decided to set aside a day for doing nothing — and so, since 1973, National Nothing Day is observed every January, an ‘un-event’ during which people can just exist without honouring, remembering, observing or celebrating anything. Years later, in 1985, Gilles Deleuze would write, “Repressive forces don’t stop people expressing themselves but rather force them to express themselves; what a relief to have nothing to say, the right to say nothing, because only then is there a chance of framing the rare, and even rarer, thing that might be worth saying”.

Such ideas of doing and saying nothing would fly in the face of what Deleuze called “repressive forces” and their notions of ‘productivity’ and ‘efficiency’ which, as studies show, are not just the result of automation but also of ordinary people working harder and harder — often without rest or a significant boost to their bottom lines. What bearing, then, would a culture of physical and mental overstimulation, exhaustion and push-and-pull have on the creative process? Or, more important, how would rest and ‘doing nothing’ affect it?

Indeed, our perceptions are often so conditioned that even in the act of reading literature, it is common to primarily look for conflict and tension. To read uneventful passages about relaxation or contemplation is often considered ‘boring’ — what is it doing for us when we encounter it? Is it propelling the story forward? And yet, if such programming can be overcome, it is often the narrative voice to which the reader might be drawn — for its particular way of carrying the latter through an experience, for the way it can encourage emotion or thought. Events in fiction are constantly supposed to be steering the plot forward in one way or another; but if we stop for a while, can that not be interesting too? Are not such moments of untethering the mind critical to the creative process?

In fact, the concept of ‘nothing’ was an enduring concern in the 20th century; both Jean-Paul Sartre and Martin Heidegger positioned ‘nothing’ as being inextricable from the human condition and essential to creation and the operation of human existence. A life of contemplation in lieu of action is central to Pond, Claire-Louise Bennett’s debut novel, in which the unnamed narrator, a rural recluse, shares with the reader her inner monologue about the daily routine of a life of solitude. Bennett’s focus on atmosphere instead of style pushes the boundaries of prose; in not doing anything much beyond contemplating, the narrator shares with the reader the “savage swarming magic” of her mind, a richness that is hard to rival in even the most ‘eventful’ of texts. This is almost an act of rebellion; in How To Do Nothing, Jenny Odell talks about how “doing nothing” is possibly one of the most radical acts in this ‘attention economy’, given the multitude of forces demanding — and profiting from — people’s attention. ‘Doing nothing’ thus rejects the notion that the passage of all time must be ‘productive’.

Of course, none of this is to say that relaxation above all else is desirable, or even feasible; for many, it is a luxury. In Clarice Lispector’s The Hour of the Star, rest for Macabéa — poor and unloved — is a myth. But is there respite — however fleeting — even in such gloom? For “[s]ometimes, grace descended upon her as she sat at her desk in the office. Then she would go to the washroom in order to be alone. Standing and smiling until it passed”.