Mythology through pictures, for children 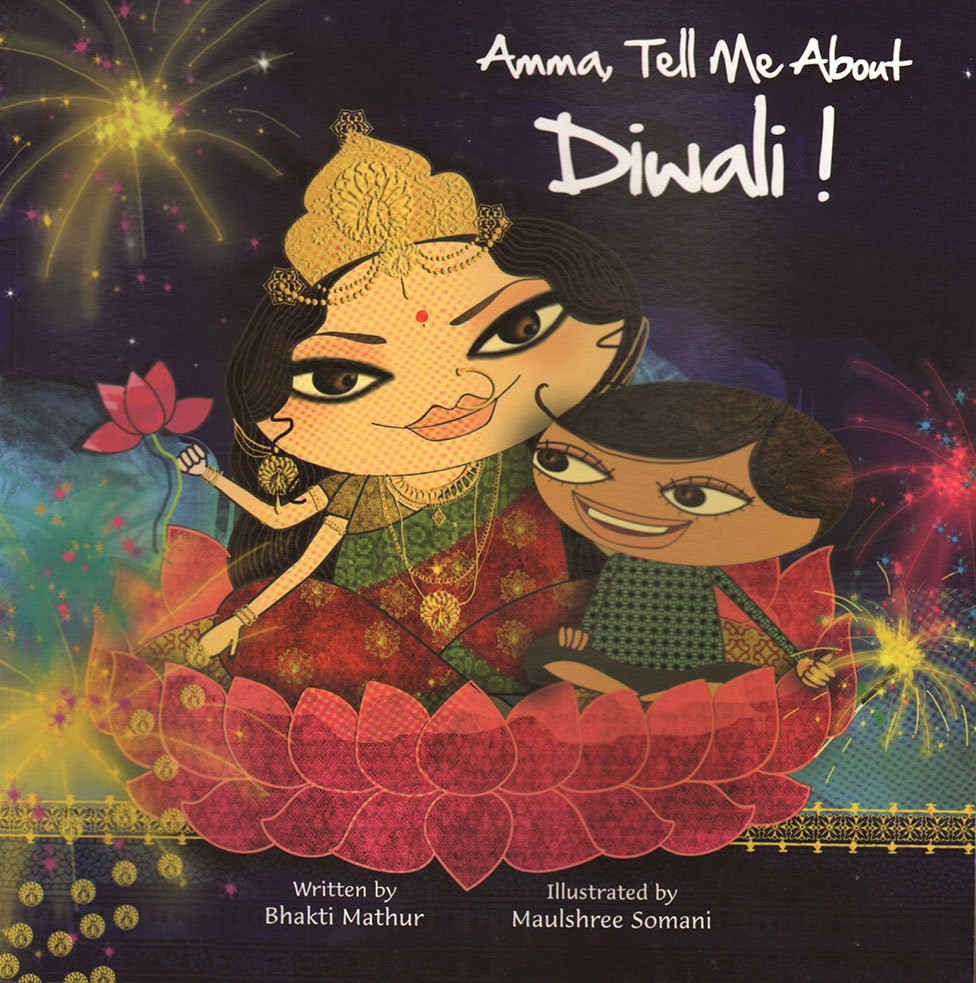 Since its inception in 2010, the Amma Tell Me More series has grown to be a stellar collection of 12 books by Bhakti Mathur. Exploring a wide variety of topics, from festivals to gods, the series is one of the most colourful and comprehensive guides you will come across to gift your child. As the title suggests, it is a mother who is narrating the stories or events to her children. In Amma Tell Me About Diwali! we have Amma telling Little Klaka about Rama and his victory over Ravana, followed by goddess Lakshmi and her gift of wealth and happiness. We love them as these are picture books that are not preachy.

As kids, many of us learnt about Indian mythology through Amar Chitra Katha and the series remains a great introduction for today’s children too. This one is a special collector’s edition covering almost all the Indian gods and goddesses, and takes a non-pedantic approach to telling the tales. The sheer size of the book might be a deterrent but like you, your child will grow up to love this series too!

The Ramayana has many retellings in multiple languages and the story of Rama, his loyal brother Lakshman, his peace-loving wife Sita and their fight against the 10-headed Ravana is told beautifully through spectacular illustrations. This tale of love and war is one that every child needs to have read while growing up and this book does a good job of doing that. Written and illustrated by puppeteer Jessica Souhami, the puppet-style artwork is a lot of fun and the narration will surely keep your little one engaged.

The illustrations in Ganesha’s Sweet Tooth are vibrant with a touch of Indianness that is difficult to miss. It is a funny tale of how Ganesha, the young boy who “had an elephant head and cruised around on a magical mouse collecting fruits, rice and sweets”, came to break his tusk on a “jawbreaker laddoo” and eventually ended up meeting poet Vyasa and co-writing the Mahabharata with his broken tusk.

Co-written by Sanjay Patel and Emily Haynes, the introduction of the “jawbreaker laddoo” is a fictional addition that kids will thoroughly enjoy. Children can even learn the lesson that what is broken can also be useful. The illustrations alone are worth framing and putting up on the wall! This is an internationally acclaimed book and is available online.

The intended audience of this book are Indian children settled abroad who are not aware of our festivals and the way they are celebrated back home. It is such a fun and educational read that kids here can learn a lot from it too.

The book tracks Maya, Neel and their pet squirrel, Chintu, on their visit to India during Diwali. Highlighting the significance of each day, from Dhanteras to Chhoti Diwali, Diwali and Bhai Dooj, Let’s Celebrate 5 days of Diwali captures it all. Moreover, the activities associated with each day, like fireworks and rangoli, are aptly described. The references to food and language are also handy.

Understanding the character of Shiva is not easy for adults, so explaining the same to a child can get really difficult. In this book by Anita Raina Thapan, illustrated by Roma Singh, little Gittoo learns about the god and his mad, happy world.

In most tellings of Shiva’s tale, his role as a destroyer takes precedence over his role as a dancer and creator of the universe. Little Gittoo goes to watch his sister Gauri’s dance recital and is surprised seeing her bow to a statue of Shiva. Thus begins his desire to know more, asking his mother about Shiva and his damru. The illustrations are sometimes abstract for a kid’s understanding, but the bright hues can keep them hooked.

Written by author and academic Arshia Sattar and illustrated by Sonali Zohra, the aim of this book was to keep aside the political rigmarole that adults cannot escape while reading the Ramayana and present the exuberant “Valmiki version” of the epic to kids. The 200-plus pages may appear daunting for a child but Sattar’s language is so simple that it keeps you hooked, simplifying a text of staggering magnitude with subtexts behind each story. Meant for children between the ages of seven and nine, Zohra’s centre spread illustrations deserve special mention as they catch the eye of children and adults alike.

From the table of renowned mythologist and author Devdutt Pattanaik comes the Fun in Devlok Omnibus for kids aged six to 10, encapsulating tales of Indra, Yama, Kama, Krishna, Saraswati and more gods and goddesses. Young Harsha embarks on a journey of knowledge and, through these exciting tales, learns to understand and appreciate the meaning and history behind the mythological stories.

The best thing about this book is the juxtaposition of recent events against mythologies, which makes it even more relatable for kids. So while we have a Gauri in conversation with a talking cow, another chapter has a game of dumb charades with Shiva. For the bright yellow cover and the illustrations inside, both children and their parents will find it difficult to let go of this read.

With a story for every single day of the year, bedtime will be easier for parents and fun for the little ones. Covering epics, Jatakas, Panchatantra and folk tales, this book with illustrations is almost like an encyclopaedia or a guide to mythology. A great addition to a child’s library, 365 Tales from Hindu Mythology gives a short background to all the must-know tales from Indian folklore.

All the stories — some of the chapters are Ravana Tries to Fool Sita, Yudhishthira Gets Boons, Mandodari, Vikram Betal and the Kind Sage and The Earth Shelters Sita — are short, crisp and brought alive through colourful illustrations. But since it’s a long story cut short, be prepared to face a barrage of questions from your little one regarding the backgrounds of certain characters!

Tanuj is obsessed with the Ramayana. So much so that he begs his mother every night to narrate the story. His bedtime is incomplete without listening to it and after one such night, Tanuj wakes up with not one or two but nine extra heads. Throw in a crazy school principal, of Chunnilal Mehta School where Tanuj studies, and two frazzled parents and you have a heart-warming laugh riot. Written by Priya Narayanan and illustrated by Shamika Chaves, this book gives a fictional twist to the tale of Ravana. Ten Heads for Tanuj is a great storybook for children as it educates them about mythology through a quirky tale.