Memories of a troubled past: Bangladesh's Liberation War 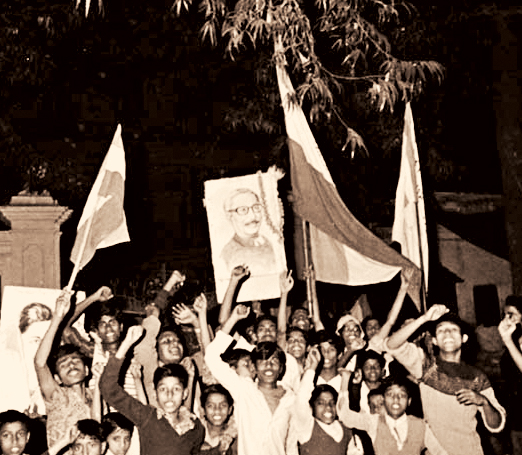 People are trapped in history, and history is trapped in them. This comment — attributed to the novelist and social critic, James Arthur Baldwin — aptly summarizes Tawfiq-e-Elahi Chowdhury’s book, Chariot of Life: Liberation War, Politics and Sojourn in Jail.

As the long title suggests, the author, a former bureaucrat in Bangladesh, has tried to squeeze in a lot in his 388-page book. It describes how a young civil servant with Pakistan’s government changed into an AK-47-wielding freedom fighter for Bangladesh by responding to a “pied piper” called Mujibur Rahman. The distance between East and West Pakistan has been explained in detail as the author carefully demonstrates how the East was short-changed even as it paid for the splurges in the West. The two regions, separated by thousands of miles, had hardly anything in common other than religion.

With arguments — and anecdotes from the time he was training in Lahore for the elite Pakistani civil service — the author has tried to explain the reasons behind East Pakistan’s determination to decouple from the West that resulted in the Bangladesh War of Independence.

The book attempts to capture history, but the author offers something more than dry facts. As a true emotional Bangladeshi, he has dovetailed touching conversations with the narration of the aspirations of the people of East Pakistan. Among several such dialogues, the one in which his mother is worried about an impending war for which her son will pick up arms stands out.

In his storytelling style, Chowdhury — who was the sub-divisional officer of Meherpur in 1971 — has recounted scenes from the battlefield and how the Indian brethren helped the Mukti Bahini in its mission.

The gallantry of the freedom fighters and atrocities committed by the Pakistani army during this time are now lore. From Chowdhury, we get vignettes of what was happening in society. In his recollection of a staffroom discussion in Dacca University — when he was a lecturer before joining the civil service — he presents young academics from different streams deliberating on the deprivations of East Pakistan. One can visualize through Chowdhury’s narration how the Bengalis of East Pakistan had put everything at stake to protect and uphold their Bengali identity.

No doubt that the nine-month war of independence is the central theme, but Chowdhury’s book cannot be categorized as a book on the 1971 war. It has more: he moves from the liberation war to developments that took place in the fledgling democracy between 2006 and 2008.

Chowdhury recounts his days behind bars when an army-backed caretaker government steered the country for around two years. After describing the drama of his arrest for alleged irregularities in the power sector during Sheikh Hasina Wajed’s tenure between 1996 and 2001, he presents excerpts from the addas he used to have with fellow prisoners in a cell inside the Dhaka Central Jail.

His word-sketches of scarcely known cellmates in prison make for a delightful read. His attempts at weaving in nuggets of world history while explaining the political situation in Bangladesh have given the narration a unique perspective. With the recollections of his jail days, Chowdhury, who still holds the position of an adviser to Wajed, has shown how rights of commoners were robbed in those two turbulent years.

Such allegations still abound in Bangladesh, which heads for a crucial election later this year, but the book is not about the present. The author has signed off in the epilogue declaring how spring followed the winter in Bangladesh as the caretaker government perished and Awami League swept the 2008 elections.

This declaration reveals his allegiance to the ruling Awami League, which can be a critique of the book. Besides, there are several shortcomings in editing that could have been avoided.