'Any journey of progress is always mired in conflict. There will always be those who believe we need a bigger marketplace and a larger cathedral while some will believe we are good as we are' 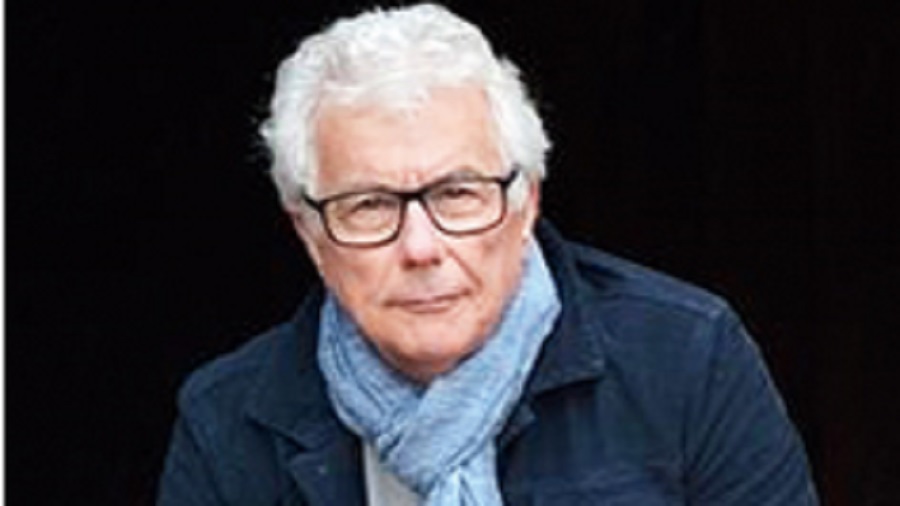 A dramatically-shot video with an upright Ken Follett striding through cathedrals of humbling sizes, speaking about his latest offering The Evening and The Morning (Pan Macmillan India), welcomed some 40-odd journalists from around the world at a live session with the author over Zoom. In 1989, Follett had taken a sharp detour from his usual best-selling, spy-thriller genre, launching The Pillars of the Earth set in the 12th century civil war in England, famously known as the Anarchy and thus was born the Kingsbridge series, split over a largely unequal gaps of time, which has sold millions of copies worldwide. 2007 was the year of the first sequel World Without End, set 150 years later in the same town of Kingsbridge where a gothic cathedral has been already been built but the world faces the clash of progressive ideas versus traditions, while the gruesome pandemic called Black Death engulfs the world. A decade later came A Column of Fire set in 1558 and now, adding to this series in 2020, is a prequel The Evening and The Morning.

“It is the end of the dark ages and the beginning of the Middle Ages…” begins the video, accompanied with some eerie background music, “...and this is the point when England begins to change,” we hear. The time is 997 CE and England is being attacked by Welsh and the Vikings, when three separate lives and their encounters form the crux of this historically-rich novel that is seeing light of day in various languages around the world this month. “The question we authors most get asked is where do we get our ideas from and most authors get quite bored with the answers and end up making silly answers like ‘I get one at the supermarket.’ But it’s not really a bad question because readers often come up with ideas to us saying, ‘Here’s an idea that I think you ought to write a book about.’ They end up telling us about some dramatic incident in their life. And the idea is never any good and here is the reason why. Because a novel is told through some 5,200 dramatic scenes and a good idea must have that number of dramatic scenes. So the one or two that you can find in the idea suggested by readers, is nowhere near enough,” began the jovial author Follett, dressed in an impeccable white suit with his signature mop of white hair, sitting in front of a vast library, oozing erudition every minute.

There were two such ideas from where was born this prequel — this particular moment of the end of Dark Ages and the beginning of the Middle Ages which can well be seen as the rebirth of European civilisation, “which was dead or dying for about a 1000 years”, he adds. “This was also the time three powerful groups were fighting for power, the Anglo-saxons, the Vikings or displaced Scandinavians who were pirates and slave traders who treated England like a shop for hundreds of years, and finally the Normans, across the channel in Southern France, who I feel were the most sophisticated lot of Western Europe,” said Follett.

The author believed that the power struggle between three such distinctly different groups would generate lots of stories. Acknowledging the fan base formed of the town of Kingsbridge which has appeared every time in this series, he wanted to explore what the town was like before it became an area of grave significance. He has witnessed the town go from nothing to having a cathedral and a marketplace, vibrant with prosperity.

“Any journey of progress is always mired in conflict. There will always be those who believe we need a bigger marketplace and a larger cathedral while some will believe we are good as we are,” he said of the various conflicts. So it was only natural to be curious about the origins of this town that now even boasts of its own website! It was the coming together of these two thoughts that gave us this prequel in 2020.

The first day that the author sits down to pen a book, he writes about three paragraphs, he tells us which sum up what he is going to write about. On the second day, he takes a look at what happened before and what happened afterwards, while also questioning and addressing the origins of the people in the book. “By the end of the second day, I have got a whole page!” He laughingly adds. Repeated questioning of self is the only way the story grows by itself. In his quest for one dramatic scene after the other, pages fill up organically as he declares, “If it’s not dramatic, it’s not a scene! If it’s not a scene, its a description and a rather tedious one!”

He needs his readers to exclaim in every scene, ‘Oh my god! Now what will happen? How will he get out of this situation’ and this nonchalant admittance of his need for constant and vigilant attention of his readers, spoke volumes of the old man’s success.

People having dinner, people chopping down trees and walking their dogs, at a certain point in history, are the kind of details that the author likes to delve into when it comes to research for his books. “I spend a year preparing and researching and the video has brief glimpses of the places I went to for my research. Like the Bayeux Museum in Normandy and their tapestry tells the story of the Norman conquest of England, but it also gives a glimpse of the everyday lives of the 11th century.” The linen tapestry with embroidered details is a part of the Bayeux Tapestry museum, which forms one-third of the Bayeux Museum with the other two being Memorial Museum of The Battle of Normandy and Baron Gerard Museum if Art and History. The richness of the details should suffice your research, the author suggests and for the little bits that don’t, you can always make it up, is the jovial author’s response! In an effort to highlight a particular instance, he speaks of the time when in dire need of information on the kind of underwear worn in the Dark Ages, leaving behind failed efforts of his expert consultants (“If they don’t know they answer, nobody knows the answer!”) he decided to “make something up”. We felt like we had been gently let on to the secret and we weren’t secretly giggling at all.

THE FIGHT FOR WHAT IS RIGHT

Drawing upon a connection between his books, he wonders how each book has people fighting for some kind of freedom. A Column of Fire was about religious freedom, while he has also written about suffragettes and civil rights movement of the ’60s. It’s a theme he likes because the conflict of the characters are not bound by a merely selfish wall and is indeed for a greater cause with a high-minded purpose. His latest is a fight for justice which was difficult to find in the Dark Ages when rulers favoured their kin.
Follett has largely explored this in the latest book and is of the firm belief that the Rule of Law which says that the state of governed not by the ruler but by the law, was deeply lacking then. “The reason that finds resonance with the current times is that it is being contested now. Something we all thought we had put to rest years before! There were perhaps some medieval kings who were above the law but no one since. And yet now we have governments around the world questioning the rule of law,” he said. The author doesn’t mince words names countries like his own UK and Poland and leaders like Trump, and believes it is an issue today. He may not want to purposely include a message for the readers in his books but one seems to emerge from this one, something the author could have never imagined, as he admits in his own words.

A novel unwittingly relevant to its times, Follett manages to touch upon slavery and feminism thereby capturing the zeitgeist of the present times. The pandemic that we find ourselves a part of, feels similar to the injustice of the Dark ages on our millennial skin and sensitive conscience. The Evenings and The Morning definitely promises to be a treat from the master storyteller.