Many shudder at my sight. But I don't care: acid attack survivor Reshma Qureshi

Qureshi talks of the attack that changed her life, her journey through depression and her book, Being Reshma 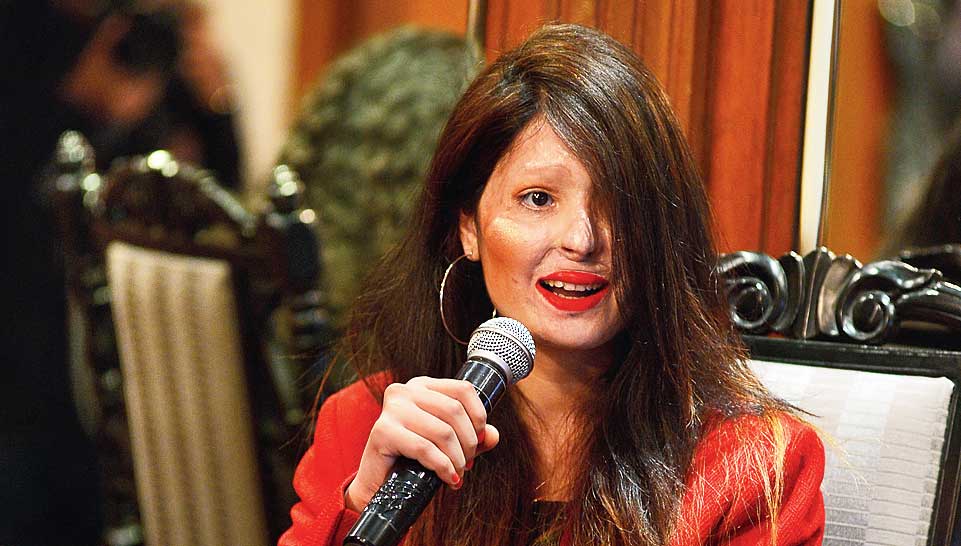 She is a vlogger, has walked the ramp and is an youth icon. She is also an acid attack survivor. Reshma Qureshi talks of the attack that changed her life, her journey from depression and her book, Being Reshma (Pan Macmillian, Rs 599), at an event, An Author’s Afternoon, at the Alipore star hotel. She shared the dais with co-author Tania Singh, the CEO of NGO Make Love Not Scars, who traced the making of the book. They were in conversation with designer Agnimitra Paul. 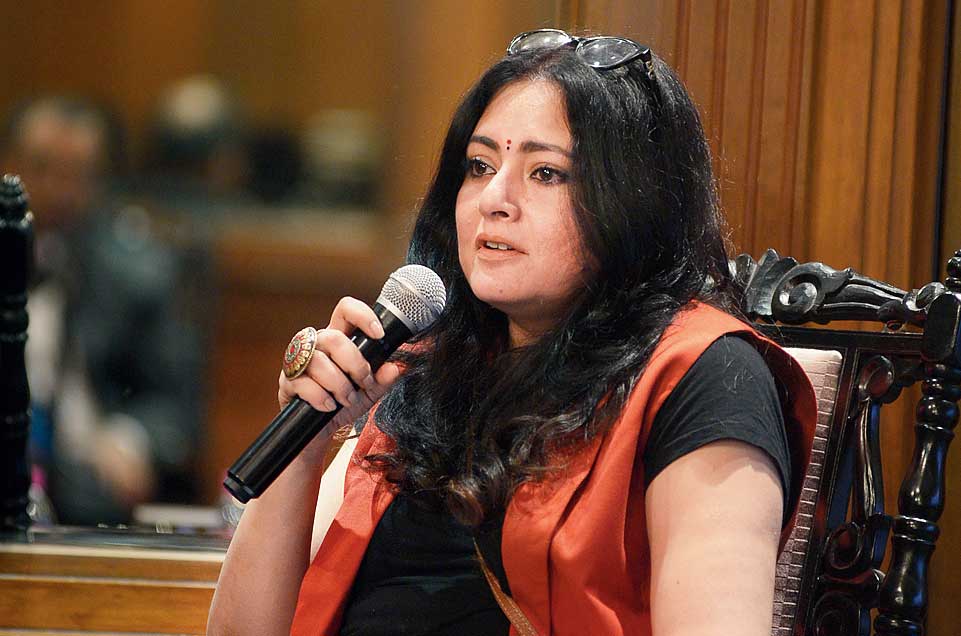 Reshma: I was the youngest in the family and my father’s favourite. I used to be very naughty as a child. If I wanted something, I would get it somehow. I was also full of mischief. I would sell stuff from the house to buy treats that I fancied. Once I sold a gold ornament to buy apples. That was the time my mother had beat me up. I lived with my parents, two brothers and two sisters in Allahabad. My father was a taxi driver, but he had to sell his taxis when my mother was diagnosed with cancer.

WHY A BOOK ON RESHMA

Tania: We run a rehabilitation centre for acid attack survivors in Delhi. So many people confess they don’t have the courage to interact with a survivor. They wonder how I can work with them day in and day out. Such reaction has always left me shell-shocked. The minute you make a statement like this, you have made an attacker successful in his mission and you make survivors believe that they don’t belong to mainstream society. Many survivors, despite the trauma they go through, have retained their sense of humour. They have a love for life. They love dressing up and going out. Some of them will enjoy an occasional glass of wine. They are normal people.

Reshma is so inspiring. For a 17-year-old girl who was attacked with acid, she overcame depression in a year and a half. She went on to create videos that garnered millions of views, she gives beauty tutorials, walks the ramp and is always the first one to jump at every opportunity. She loves the colour pink and designs her own clothes, including the red jacket she is wearing today. I wanted the book to show people that you are not an accumulation of your circumstances. You are a human being first. I hope this book will help readers connect with survivors. When I am having a tough day I talk to these survivors and realise that nothing in the world is that bad. And that’s what I hope this book will give readers — courage. 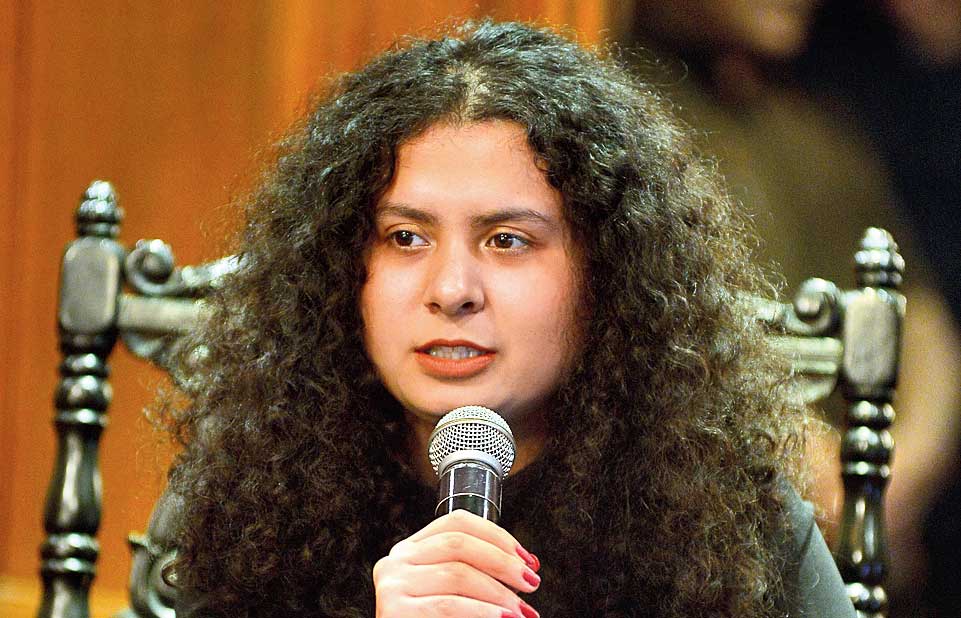 THE ATTACK AND TRAUMA

Reshma: I was attacked in Allahabad on May 19, 2014. My sister Gulshan’s husband was the perpetrator. My sister had a bad marriage. Her husband would physically abuse her and would not give her food. When my father was told of the situation, he brought Gulshan home. She had two kids. We admitted the boy to a school but his father kidnapped him from school. After that incident we slapped a case on my brother-in-law. One day he accosted Gulshan and me near the station. He caught me by the hair and two others pinned down my hands and threw acid on my face from a glass bottle. That minute I did not even understand what was thrown at me. Initially I thought maybe it was hot water. I heard my sister shouting. As she tried to catch the perpetrators her hands were also burnt. The culprits managed to run away. My face and eyes were burning, I could not see anything and we kept screaming but nobody came to help. I still have nightmares of the scene. Only one guy came to our rescue and dropped me home in his motorcycle, burning his back in the process. The minute my mother saw me she became unconscious. My whole face was burnt!

Tania: When I broached the idea of a book to Reshma, she was excited. At first I asked her about childhood memories and how she was attacked. I knew the story since her joining Make Love Not Scars. Reshma’s memory had a lot of lapses. People who go through trauma have certain vivid memories but they forget a few events in between because of depression. I had to fill up these gaps by talking to her family. I visited Reshma’s house in Mumbai. Her family made me biryani and were happy to have me over. I stayed there for a while and interviewed her mom, sister and brother. They filled me in on details of what happened while she was in the hospital and what it takes for a family to help a survivor recover. So while Reshma’s story is written from her perspective, it has anecdotes of what went on when she was not around. In Mumbai, I also bonded with Reshma, the person. I would stay in my friend’s place and Reshma would join me there for some fun time.

Reshma: Post-surgery, I was sent home after 15 days. I had not seen my face after the attack. I was taken to my aunt’s house since my home did not have an air-conditioner. When I finally saw my face on the washroom mirror, I was shocked. Scared I came out of the washroom and decided to go home. I did not feel like staying with my aunt. I kept howling even after I reached home. I could not accept my face. I was angry and upset at the same time. I hurled a glass at my brother in frustration. My brother told me to fight for my rights. He said it was my duty to put the perpetrators behind bars. He helped me get back the confidence. I met Ria Sharma, the founder of Make Love not Scars a few days later. Till then I had no clue how common acid attacks were. Ria showed me pictures of other survivors. I realised so many girls were living with greater scars. I got the strength to fight and start living.

Tania: There is no data to tell the exact number of acid survivors in India. Datas are always contradictory. In 2017 the UK reported more acid attacks than India. I refuse to believe the UK has more victims than India. The rate of crime reported in that country must be higher. It is a reflection on the willingness of authorities to take down the victim’s complaint and of the society’s willingness to actually report the crime.

In India, the police and local authorities are often unwilling to take down the complaint. Sometimes survivors don’t go to cops as they are attacked by their own family members. There is a case in UP where a woman and her daughter were attacked by the husband and are still living with him. Again, in some cases, the victims might pass away before they have a chance to report the crime. So whatever the reported number is, the reality is always 15 to 20 times bigger.

Now the minimum sentence for an attacker is 10 years and a survivor is supposed to get compensation. After campaigns on social media more people are feeling confident to report the crime. Acid is a weapon and we have to recognise that. In America there are gun shootings. In India guns are not easily available, knives are messy so acid is the easiest weapon. It’s like throwing water on someone’s face. It leaves no trace. Attackers cover their bike’s number plate, wear helmets and drive off. It is the easiest crime to commit and the most brutal and long-lasting.

In 2015 we did a campaign with Reshma seeking ban on the sale of acid. There was a petition to the Supreme Court demanding implementation of the ban. We garnered over 350,000 signatures and SC upheld the petition. The law states you cannot sell acid to anyone without ID proof and specific purpose of purchase. But just like any law in India, implementation is the problem.

Reshma: I met an acid attack survivor in the hospital in Mumbai. Both her eyes and nose were damaged. Seeing her I realised I am better off. The girl did not even have family support, unlike me. That incident got me thinking. I got strength from my family too. When I had recovered, my cousins would take me out for movies. Slowly my confidence grew. But people continued to stare and react insensitively. I would cover my face but people kept saying how my life was spoilt. Nobody appreciated my efforts to start living. Initially I was not even keen on applying make-up. I thought what was the point when you have scarred your face. But then I decided to give people a damn. There are many who look at me and shudder even now. But I don’t care. I keep telling other victims, too, to apply make up. Everybody deserves it. I have learnt to live for myself. Hopefully my efforts are giving strength to others.

Reshma: I had won an award for my beauty tips and campaigns. Ria (Sharma) told me at the award show that a greater surprise is awaiting me. I was told that I will participate at the New York Fashion Week and walk the ramp with other models. I was so thrilled that I cried for an hour. This was my first trip abroad. Ria was with me in New York. There was so many media. I was very scared before my ramp walk, but Ria gave me support. She told me the world was looking at me so I better be good. I did my job well and was praised. Since then I have travelled to many places.

Reshma: I dream of a movie on my life where I am the heroine. I am the best fit for Reshma’s role.

The event, An Author’s Afternoon, is presented by Shree Cement and Taj Bengal and held in association with t2, Prabha Khaitan Foundation and literary agency Siyahi