Advertisement
Home / Culture / Books / Find the exotic in the mundane

Find the exotic in the mundane

Karkhana: A Studio In Rajasthan contains a representative selection of the curious and engaging works 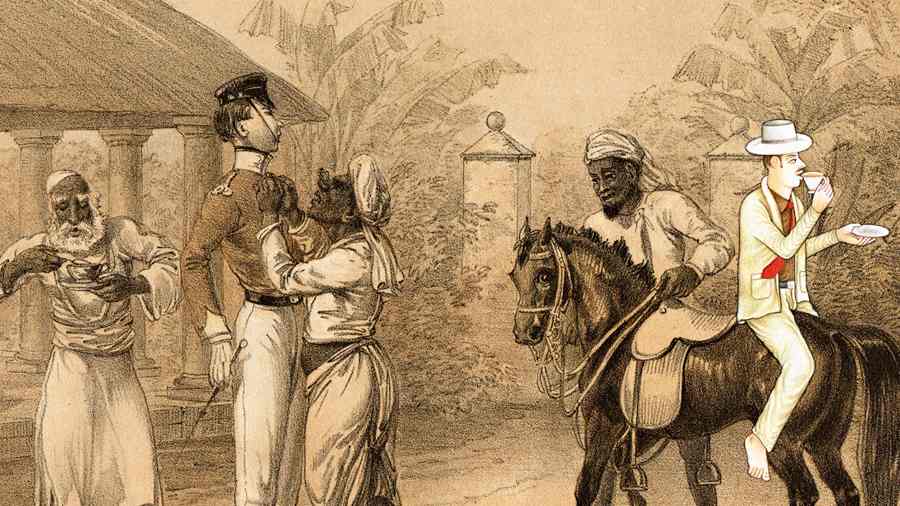 Waswo is the narrator; he takes his readers around various locations of Udaipur with its mirror-like lakes and wooded hills
The Telegraph
Soumitra Das   |   Published 20.05.22, 03:11 AM

The word, karkhana, may have evolved over centuries to mean a factory, but in the Sultanate and Mughal periods it indicated the kind of workshop where Waswo X. Waswo, the American photographer who made Udaipur his workplace 15 years ago, collaborates with local artists to produce delicately hand-tinted photographs and contemporary miniature paintings, some of which can be seen in KARKHANA: A STUDIO IN RAJASTHAN (Mapin, Rs 2,950). These works gently mock the mild-mannered, fedora-wearing white man who fumbled about this alien, exotic, fantastic and mythical landscape as the conflicting cultures of the Orient and the Occident were put on a collision course.

But instead of fireworks, gentle — occasionally puckish — humour ensued as these technically perfect works alluded to icons from world culture and stood conventions and traditions on their head. Waswo is the narrator; he takes his readers around various locations of Udaipur with its mirror-like lakes and wooded hills (often reflected in the works) where the ateliers of his various collaborators are located, introducing us to them as we get to know them closely and can identify them by their works. Some of them like R. Vijay, Rajesh Soni, Chirag Kumawat, Banti and Dalpat Jingar have become well-known in their own right. This lavishly illustrated book contains a representative selection of the curious and engaging works.