Kanishk Tharoor opens up about his literary influences 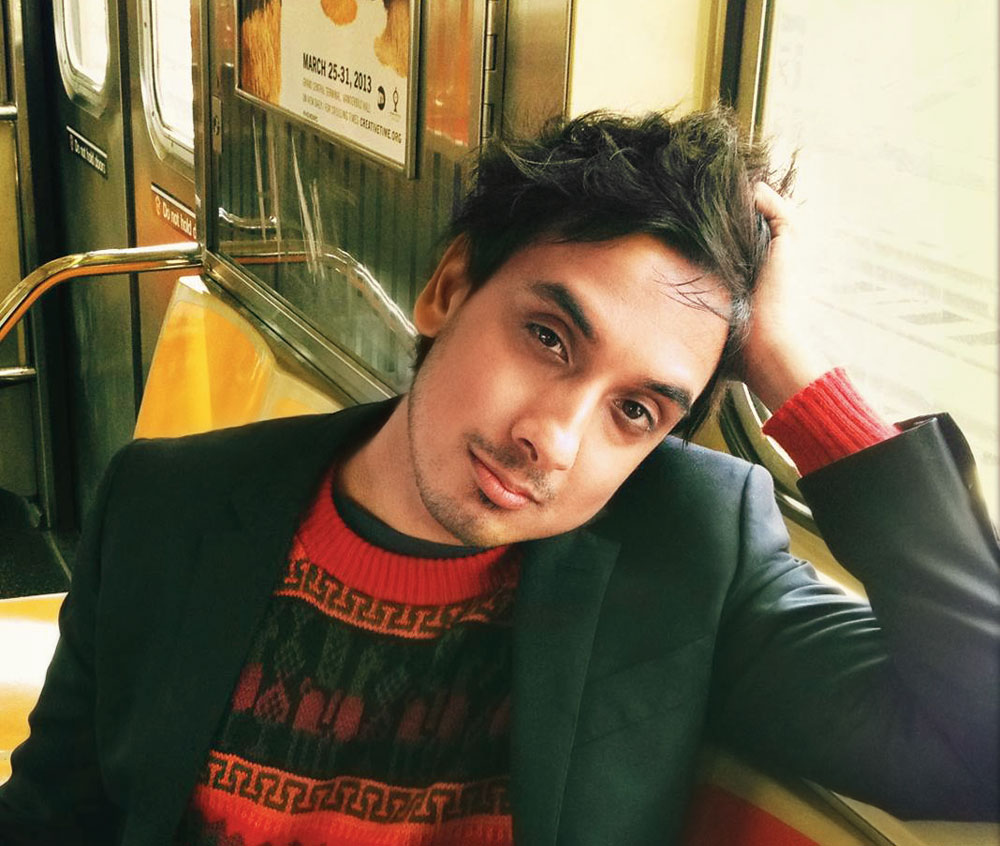 We caught up with author Kanishk Tharoor right after his session with 2017 Pulitzer winner Colson Whitehead, at the Jaipur Literature Festival 2019, at the Diggi Palace. “Colson is somebody I admire and whose work is fantastic. I thought that was a great session, though as we were speaking about American slavery, politics and history and all these weighty dark subjects, these clouds gathered and it got very stormy and the wind blew… so it was a very moody session I guess because of that,” he laughed while settling down for a chat with The Telegraph.

What led you to write your debut collection of short stories, Swimmer Among the Stars: Stories (2016)?

I think with short stories, it comes more as an act of accumulation, not necessarily a single moment of inspiration. The short stories were written over a period of time — the earliest when I was 18 or 19 and the most recent was written when I was past 30. These are some of the best pieces that I think I had done. I thought thematically, stylistically they were connected to each other and they fit within the pages of a single book. I can’t say I set out to write a book of short stories… short stories are for writers starting out in his or her 20s, it's kind of an attempt, an experiment, it's a way of learning not just about the world you want to write but also learn about yourself as a writer.

How much of it is fiction as opposed to being inspired from real life?

A lot of fiction is drawn from the real world in different ways. I think fiction, no matter how fanciful, inventive and imaginative, has to be engaging with the real world. Some of these stories are re-imaginings of actual things… there’s this story about an elephant that was sent by the Indian government to the Moroccan princess as a gift and it’s completely based on a true story. When the book was published, at my launch event in Delhi there was this woman in the audience who was the daughter of the Indian ambassador at that time, in the 1970s. She told me that this thing that I thought I had invented — even the descriptions of her father, the ambassador, were completely invented — were actually very true to life. So there’s this bizarre thing… about the other stories, if they are not completely true, then they draw inspirations from things I have read, the news or researched.

You’re working on a novel now. What can you tell us about it?

I’m not that keen to talk too much about it. It’s a historical novel… it’s a work of fiction but it portrays real figures in history.

You’re also the presenter of the BBC radio series Museum of Lost Objects. What excites you about it?

It’s an ongoing series, we sort of had a break this year but we are coming back in the autumn. Museum of Lost Objects is a radio series about cultural heritage and public memory… it’s about how people, communities, larger societies relate to the way they imagine the past. The first season of the series was set in Iraq and Syria. A lot of damage was done to the immense amount of antiquities and the great cultural history of those countries, but what we wanted to do was not just tell the great history of these objects but use contemporary people’s stories, use their voices to show how these historical objects or historical narratives had real meaning in their lives today. My second series did the same thing with India and Pakistan in 2017. I had a baby last year so we took a break from the show in 2018 but we will be back in autumn. It’s an episode about Brazil, after the terrible museum fire that happened in Rio de Janeiro.

Your mother (Tilottama Mukherji) is a literature professor at New York University and your father (Shashi Tharoor) is also a writer. How much of literary exposure did you get while growing up?

I’m lucky to have got tons of those exposure, so I count my blessings. I grew up in a household just full of books and also full of the activity of people reading and writing. My twin brother (Ishaan Tharoor) is also a journalist and writer. We are fortunate to have grown up in such a household, the range of books that were available to us were always very wide. My mother would read to us from medieval Persian epics, the stories of the Old Testament, the Kashmiri epics.

Apparently, the game Dungeons & Dragons played a big role in your childhood?

(Laughs) Well, a huge role might be mischaracterising it but yes, it did. We all had our geeky habits and my brother and I played Dungeons & Dragons with our friends. To be fair, I don’t know if people of that age play it any more… there’s no screens or visual element, it’s just a bunch of kids with some dice and pads of paper and pens building imaginary worlds and moving through them. I think the active invention where you’re creating a story and playing it out, maybe that had a small role to play in forming me as a writer myself.

What kind of books did you read as a child?

I read a lot at that age… during my early teenage years, I read a lot of trashy pulpy fantasy books but then again, we had a lot available on our bookshelf. I read Gabriel Garcia Marquez at a young age. I enjoyed reading history. I’d read books of myths and legends, political history.

What’s the main difference between Indian and American readers?

I have an idea of how to answer that question but I’m not entirely sure if I can generalise it that easily. I used to think Indian readers who read in English are more used to reading literatures from other places and they read in translations. It’s been three years since my book came out in India and I have taken the book around India and the West. I’m under the impression that because of the changes in the publishing market in India, the rise of the Chetan Bhagat kind of novel, a lot of young readers in India read a sort of domestic fiction, which is great. I’m in a peculiar position because my book of short stories and also the novel I’m working on, it’s neither about America nor about India.

Do you consider yourself an Indian writer or do you struggle with an identity crisis?

I mean, if people want to put that adjective to me, that’s fine. I’m Indian, I definitely don’t struggle with an identity crisis. I grew up in a peculiar way, we moved to America in 1990 when I was six. Not as immigrants, my dad worked at the UN, my mother was a professor... my dad was posted there. I went to international school with other kids. I was an Indian who happened to be in New York even though I have since married an American. My son is born in America, has a US passport, will probably think of himself as an American. And he is an American, that’s the country he is born in, that’s the country I’m making my life in, but I still think of myself as an Indian living in New York. My upbringing has allowed me to switch codes, to feel both at home in Calcutta, my mother’s family and also in New York City or other places.

Your mother is from Calcutta. Any memories of the city?

It’s been a while now but I normally go to Calcutta at least once a year. Calcutta is a place that’s not just about memories, it’s a real and active part of my life. My brother and I did internships at The Telegraph quite a few years ago, around 2001, where I was working in the Metro section and he worked in the features section. It was my first experience at a fairly busy newsroom environment before active journalism came to place. So, I enjoyed that. I’m sure I got more out of it than The Telegraph got out of me.

I identify with Calcutta, it’s a city that has my temperament. I studied old English in college and I like this word ‘dustsceawung’ that has no modern English equivalent, it literally means ‘the contemplation of dust’. The closest modern English word to that would be ‘nostalgia’ but nostalgia is very backward facing. This expresses the kind of awareness in a way the past persists in the present, the dust around you, the world around you. Calcutta as a city allows that, that spirit, that ethos... of seeing how the past accrues. I enjoy that aesthetically, I guess. But the city to me feels like there’s an intellectual climate, the nature of the people, there’s a rich sense of history and culture, the beauty of the city, there’s nothing like it.

How much of an influence did your father have on you in shaping who you are today?

Both my parents were huge influences on us, obviously. I don’t think my brother and I ever rebelled because we were very comfortable with both our parents and interested in their worlds. They gave us a very long leash in everything that we did — workwise, intellectually, studies, social life. And what we wanted to do was fairly influenced by their active intellectual lives.

Your father is famous for using the most difficult and flowery English words on Twitter...

I’ve been using Twitter less and less in my life since having a kid. But yeah, he’s used Twitter effectively to build a kind of second constituency for himself. I can’t say that I find his gag about long words a little bit tiresome, he’s becoming half-politician and half-thesaraus. As long as it doesn’t obscure the really good work he is doing in his constituency, in Parliament.

Which ones are your all-time favourite books?

I have too many. But in terms of the most influential, it’s Invisible Cities by the Italian writer Italo Calvino.

There are so many that I don’t want to isolate a few. But I like reading a lot of old texts, for which we don’t even have authors.