Jeffrey Archer back with a novel after 7 years 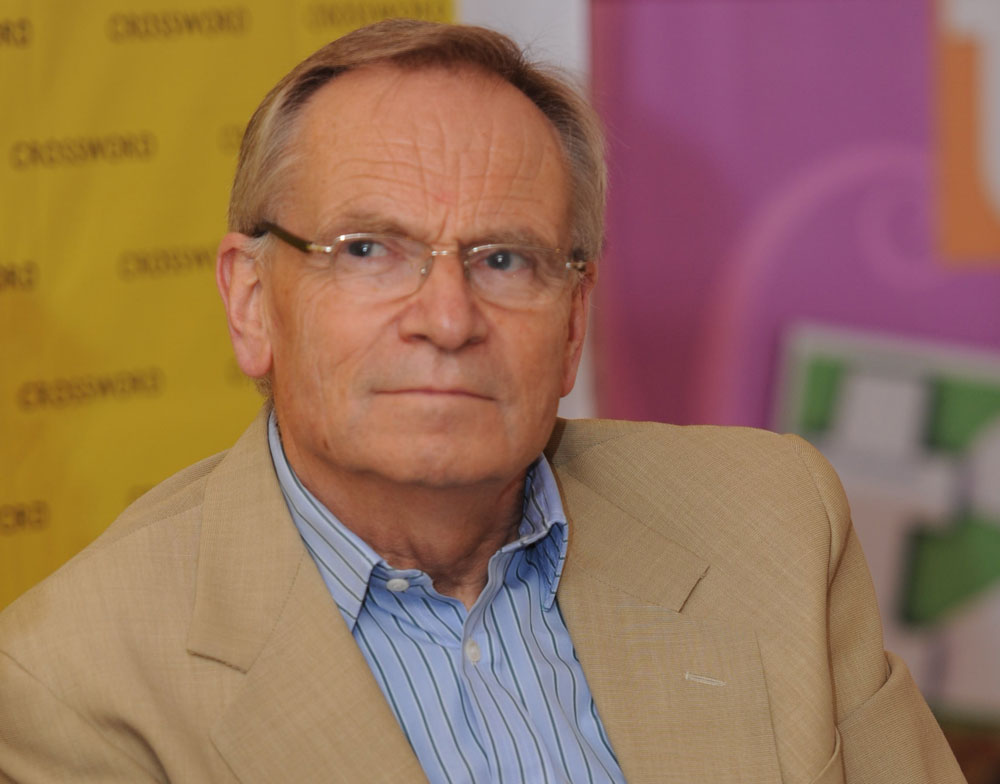 Jeffrey Archer's Heads You Win ends with a twist in the tale, and it is bound to surprise even the most prolific reader of thrillers
Telegraph file picture
Samhita Chakraborty   |     |   Published 11.11.18, 02:41 PM

After writing a seven-part series and a book of short stories, Lord Jeffrey Archer is ready with his first novel since 2011. Titled Heads You Win, this 472-page novel has quite a novel approach. It opens with the Karpenko family being hunted by the KGB in Leningrad of 1968. Young Alexander and his mother manage to make it to the docks to escape Russia, hidden in crates. Before them are two choices — a ship sailing to New York, and another sailing to Southampton. Do they pick America or do they pick Britain? And then do they flourish or spend the rest of their lives wishing they had climbed into the other crate?

The book, of course, ends with a Jeffrey Archer twist in the tale, and it is bound to surprise even the most prolific reader of thrillers. We dialled Lord Jeffrey in his London home on Friday for a chat on Heads You Win and much more...

Congratulations on your first standalone novel in a decade!

Thank you, thank you… yes, it was a lot of hard work.

When did the story come to you?

I read a book called My American Journey by Colin Powell. His mother, Maud, a seamstress from Jamaica, deciding she wanted a better life, couldn’t make up her mind whether to go to Great Britain or whether to go to America. As we all know, the great man was born in Harlem (New York City). And I wondered what would have happened to his life if he had been born in Hackney, in London. That was the beginning of the idea, because, of course, Colin Powell, went on to be secretary of state in the United States.

I wouldn’t want to reveal more about Sasha and Alex and spoil the big surprise that comes in Chapter 4, but how did you ever come up with the idea that a man’s story could be told this way?

I couldn’t think of another book that has told a story this way. Have you read any?

Themes like democracy, freedom, titles and privilege recur in your books…

Yes! But they’re coupled with hard work, they’re coupled with energy and determination. You won’t make it to the very top if you are lazy. So, yes I write on those themes quite regularly.... You have to be a very determined person, a very hard-working person to reach the top of any world....

As well as elections and art fraud… and scheming women!

I love scheming women! And so do my readers (chuckles). And art, of course, is something I’ve had a life-long passion for. One should write about the things you have knowledge of, have great love of… because then the reader knows that you know that.

You’ve not quite shaken off The Clifton Chronicles, have you? I couldn’t help smiling at the reference to Barrington Line or Harry Clifton novels…

Hahaha... that’s me teasing my long-term fans. At the end of this conversation, I’m going to tell you how I am going to tease them even more.

Like you teased the reader by keeping the big twist till the very last word of Heads You Win?

Oh, completely! But aren’t you worried about its real-politik repercussions?

You mentioned that the ending took a lot of rewriting… so how many drafts did Heads You Win go through?

Fourteen. Every one of them handwritten.

There will surely be a sequel to Heads You Win?

No. There will not. What I am planning at the moment is to tease the readers even more. Because in The Clifton Chronicles, Harry Clifton was an author, and his hero in his detective novels was William Warwick. So I am planning to write a series of William Warwick books, where he leaves school and university and joins the Metropolitan police force. You are going to see the first of those in a year’s time. It will be called Constable Warwick. And then you will get a series watching him grow up and move up in the police force.

What else is keeping you busy these days?

I’ve been doing a lot of (charity) auctions, and of course I’ve enjoyed watching the cricket in this country… and seeing what a remarkable batsman (Virat) Kohli is. I’ve been following his remarkable career because of my love of cricket.

Did you catch the England-India series this summer?

Yes I did! I saw two Tests, one at Lord’s and one at the Oval.

After starting with the T20 win, did India disappoint you in the Tests and ODIs?

No. I thought India were very unlucky. I talked to Ravi Shastri about it, and we agreed that it could’ve been 3:2 either way… we just got a bit lucky. And don’t forget, we won all five tosses. I have to say, (Joe) Root is the most brilliant tosser of a coin. He’s absolutely brilliant. And the Sri Lankan first match… he won that as well. So he can spin a coin better than anyone!

But have you been disappointed with his performance with the bat?

He hasn’t had his best season, but he’s still averaging over 50… and there aren’t many people doing that. But I think what has happened is Kohli has become the best batsman in the world. Kohli first, (Steve) Smith second, Root third.

Have you met Virat Kohli?

Yes, I have. I met him in London when he was here… and his wife, at the High Commissioner’s home. And that was a very great pleasure because Ravi Shastri very kindly introduced me to the whole team.

Anyone else on the Indian team who you are following closely?

Well I’ve always liked (Cheteshwar) Pujara. He’s a beautiful batsman. It’s really like watching V.V.S. Laxman. And I very much like R. Ashwin. I think he is a very serious all-rounder and a very charming man.

What about the English side? Are there any young players we should watch out for?

What else is keeping you busy? Are you still enjoying going to the theatre?

Yes, still going to the theatre. Company at the Gielgud Theatre is quite outstanding. I also enjoyed Measure For Measure at the Donmar theatre. I’m still doing my charity auctioneering, and I just celebrated Diwali with Mr Hinduja.

Any new books you’ve been reading?

Yes, A Gentleman in Moscow (by Amor Towles) has been my read of the year so far. Much enjoyed it.

Are you coming to India with Heads You Win?

I am coming to India for the Jaipur festival (Jaipur Literature Festival) in late-January.

What do you enjoy most on your India book tours?

The people. They’re very friendly, very warm. And they are great readers. It’s a great reading nation which will give any author pleasure.

You are usually on a whirlwind tour through India. Do you remember Calcutta?

I remember Calcutta well, because my friends the Kumars (Naresh and Sunita) live in Calcutta. And of course, for us in England, it’s where Mother Teresa started her great work and became the legend that she is.