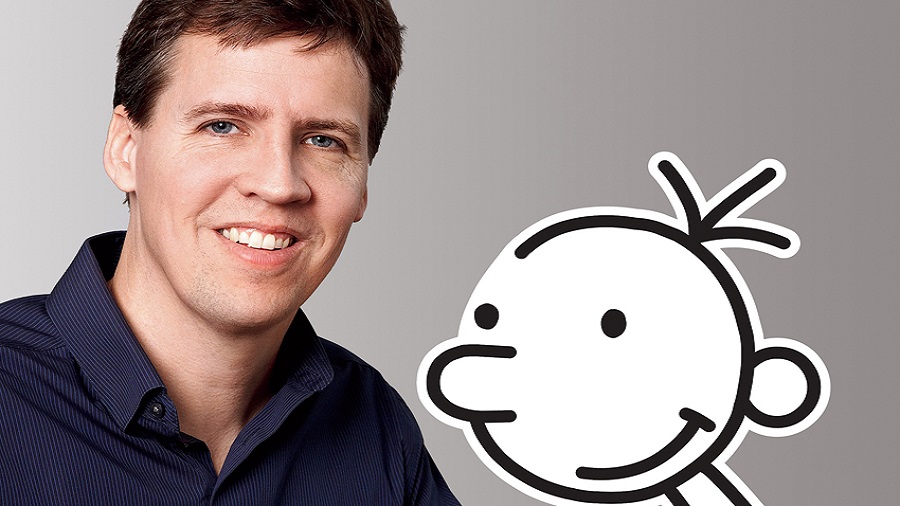 The language of the books, the DNA, is in comics. In Germany, they have a section of the bookstore that’s called ‘Greg and Friends’, for books that look like mine. I think that’s cool. — Jeff Kinney on how he would define his books
Sourced by the Telegraph
Shrestha Saha   |     |   Published 05.09.20, 06:51 PM

Greg Heffley became a force to reckon with for kids and adults alike with The Diary of a Wimpy Kid series and the man behind the illustrations and laugh-till-you-drop humour is Jeff Kinney, who had no  idea what an icon he was going to create when he started writing about this character. There is something about the ‘Wimpy Kid’ that will have you hooked to his crazy world of bizarre ideas that almost always seem to go wrong. Aided by his sidekick, Rowley, Greg wants to take over the world someday. His books have since been made into films with a loyal fan-base around the world.

Recently, Rowley, the loyal best friend, was given his own series and the second book, Rowley Jefferson’s Awesome Friendly Adventure is now available (Puffin; Rs 499). Amidst the creation of this world, Kinney also started an online role-playing gaming universe called Poptropica that saw immense fan following worldwide. The Telegraph spoke to the author about his inspiration and ideas behind this crazy and funny adventures of the author and his characters. Excerpts.

When did you know you wanted to write/illustrate/create art for kids? What led you here?

It happened quite by accident, really. My grand ambition was to be a newspaper cartoonist. I couldn’t get past the gatekeepers, so I needed to find a way to get my comics into print — somehow. In 1998, I came up with the idea for The Diary of a Wimpy Kid. But I wanted it to be a book for the general humour section, targeted at adults. In the nine years I worked on the book, I wasn’t thinking about a kids’ audience at all. And so I was a little shocked when the publisher I shared it with said I’d written a kids’ series. 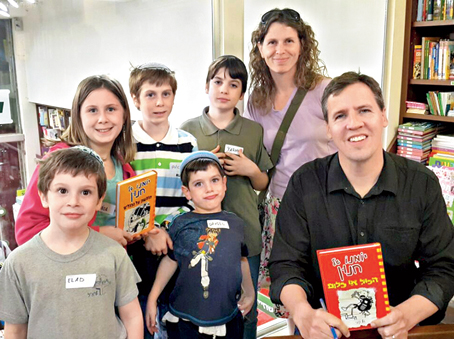 Tell us about the inception of Wimpy Kid. How did you decide to build a slightly flawed, naughty character that would be equal parts relatable and hilarious?

In a sense, that happened by accident as well. Because I was writing for adults, I wasn’t thinking about a kid reading the book. That allowed me to write a complicated character who was flawed and not always a reliable narrator. As a reader, you have to understand that to enjoy the books. If I had known I was writing for kids, Greg Heffley would’ve been more saccharine, in a way.

What was that defining moment personally when you knew the world of the Wimpy Kid had become a sensation worldwide?

It built slowly, so there was no grand moment. But about 10 years in, I visited China, and when I met kids there who had grown up reading my books, I was floored. Now, when I write, I’m thinking of those kids in faraway lands. The stories create that connection.

How involved were you with the process of film-making when the books got made into films? What was the experience like?

I was as involved as a writer could be — for the first three films — without being the screenwriter. So, I helped shape the stories and was there on set. I had a voice in casting, choosing the director, and had involvement in many other aspects of the film. A feature film is a director’s medium. So, everyone’s job is to support the director’s vision. It’s important to know that going in. 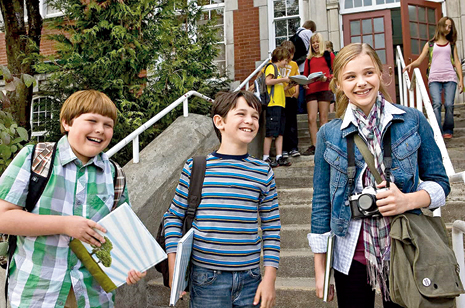 A still from Diary of a Wimpy Kid, 2010, the first of the Wimpy Kid movies
Sourced by the Telegraph

Rowley has always been Greg’s sidekick whose character was never the hero who naughty kids would be inspired by.

What led you to build him into a hero (literally!) and give him his own series?

That happened organically. I wrote a sample piece from Rowley’s point of view in the (United) States, and then built on it for World Book Day in the UK. I really enjoyed writing in Rowley’s voice and decided to make a full book of it. I’m finding now that Rowley gives me a creative outlet. His work is less complicated and more imagination-driven than Greg’s books.

How would you define your books — comics, illustrated novels, or a completely different genre?

I’m not sure it matters. The language of the books, the DNA, is in comics. In Germany, they have a section of the bookstore that’s called ‘Greg and Friends’, for books that look like mine. I think that’s cool.

Writing for children comes with added responsibilities. Have you ever felt the need to be extra cautious so as to not convey the wrong message or to correctly convey the right message?

I do try to be cautious. And, truthfully, the world has changed a lot since I started writing these books. Social media as it exists now was barely a notion when my first book came out. Kids are experiencing childhood differently than I did growing up.

How do you arrive at a theme for a particular book?

I always try to write about an aspect of childhood I haven’t touched on before. So my new Wimpy Kid book is about the family camping experience, which is territory I haven’t fully explored.

Have you experienced a transition or any kind of change over the years in your writing and illustrating style while building the Wimpy Kid series?

Honestly, I try to stay consistent. I’d love for a kid to be able to enter the series at any book, and to have the quality of writing and illustrations be the same as any other. But I’ve gotten a little better at writing narratives over the years, and my drawings tend to be more complex these days.

Tell us a little about Poptropica and what you wanted to achieve with the universe you built there.

I created Poptropica with a great team of creative talent at the same time the first Wimpy Kid book came out. It was quite a privilege to reach hundreds of millions of kids a year. I miss being a part of that team. I’m now encountering kids who grew up on Poptropica. Being a part of kids’ lives is amazing.

Who are some writers and illustrators you look up to and follow?

Hopefully I can finish the 15th Wimpy Kid book on time! I’m drawing 12 hours a day now, but that will inch up to 16 by the end. I’d love to write a third Rowley book after that!