The spy who loved watching birds

James Bond, the one in flesh and blood, too, lived a life of intrigue that would have left the fictive 007 shaken and stirred 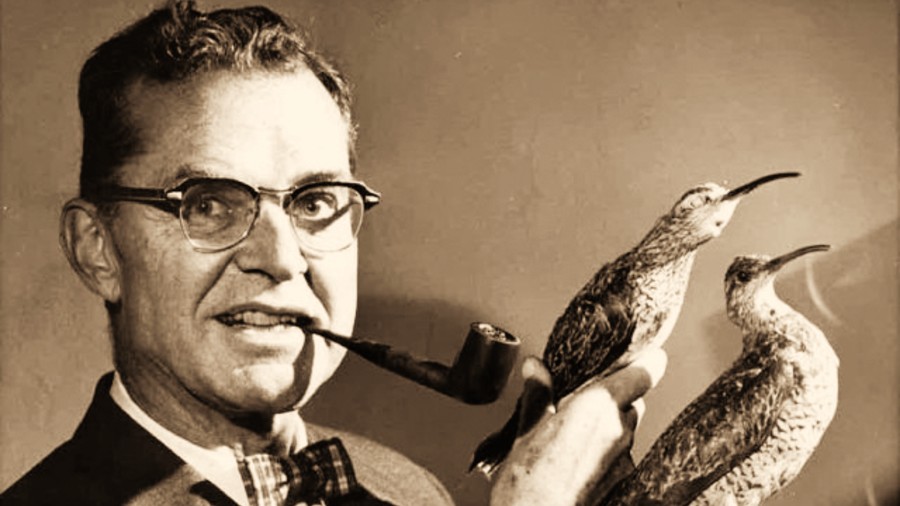 The name’s Bond, James Bond, but he was — now hold that martini! — an intrepid, unassuming ornithologist who introduced the world to such exotic creatures as Cuba’s bee hummingbird — the smallest bird on the planet — the rare Cuban ivory-billed woodpecker, and the stunning red-billed streamertail. For 007 fans whose hopes of watching No Time to Die this year were dashed when the film got postponed, yet again, to 2021, the ‘real’ Bond is no more than a footnote in the lore surrounding the fictional British spy. Legend has it that Ian Fleming was looking for the most uninspiring name imaginable for his dashing hero when his eyes alighted on a copy of Birds of the West Indies (1936) by Bond — the ornithologist — and the rest, as they say, is history.

The bird-loving Bond is the proverbial chalk to his fictional counterpart’s cheese. The former went out of his way to fly under the radar whereas the famous spy stood out wherever he went. But they did have their similarities. Although Birder Bond was a genteel, pipe-smoking naturalist, he was also an adventurer who saw birds down the barrel of a gun — he collected and stuffed more than 290 of the 300 bird species known to the West Indies. He wasn’t faint-hearted either. Birds of the West Indies was a product of more than 100 voyages to the island nation — no mean feat when one considers the fact that Bond suffered from seasickness.

This is not where their similarities end. There are whispers that the real Bond, too, was a spy. This is not surprising since ornithologists and birdwatchers have been some of the most successful members of British and American intelligence. In fact, ‘birdwatcher’ — more than one 007 villain refers to him in this way — is slang for spy. H is for Hawk author, Helen Macdonald, says spies and birdwatchers “have the same skills, the ability to identify... be unobtrusive... hide. You pay careful attention to your surroundings.” An additional benefit is that the species can easily carry spotting scopes, high-powered binoculars and other such equipment without raising eyebrows. Notable spooks such as Sinjin Philby, Richard Meinertzhagen, Maxwell Knight, Martin Furnival Jones and Andrew Parker were all ‘birdwatchers’. Moreover, Birder Bond attended schools like Harrow School which were famous for churning out spies; at least five of his contemporaries at the Academy of Natural Sciences have now been revealed to be spies who played key roles in World War II. Bond himself was in all the right places at the right time — for instance, he was in Cuba just before the infamous Bay of Pigs invasion.

Whether he spied on beauties with or without wings is something that is yet to be known. But it cannot be denied that James Bond, the one in flesh and blood, too, lived a life of intrigue that would have left the fictive 007 shaken and stirred.