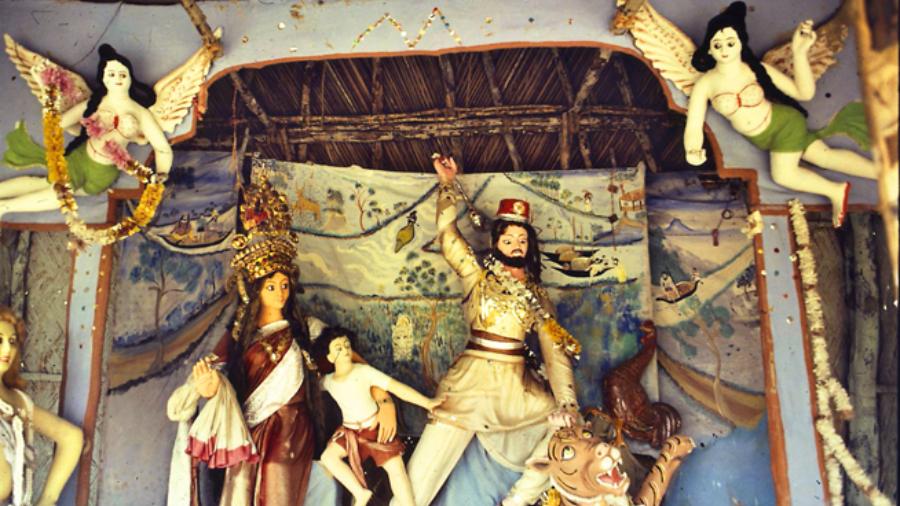 Author delves into the subcontinent’s formation, creation of its topographic features, origins of ancient and present-day rivers
Sourced by The Telegraph
Priyank Patel   |   Published 29.04.22, 04:34 AM

How did Kashmir obtain its name and its Karewas that are vital for saffron cultivation? What role does the Manimahesh Peak play in the marriage rituals of Gaddi tribes in Himachal Pradesh? Why is the island of Majuli in Assam regarded as the second Dwarka, making devotees of Vishnu and Krishna congregate there? These, and a host of other intriguing questions, are answered in Nalini Ramachandran’s book that examines the diversity of the Indian subcontinent through geomyths embedded in folktales and scriptures.

Ramachandran delves into the subcontinent’s formation, the creation of its topographic features, the origins of ancient and present-day rivers and their courses, and the genesis of caves, deserts, giant potholes and dense mangrove forests in an engaging narrative bereft of heavy academic discussions. The delightful illustrations and story-like presentation of each geomyth or folktale can be read and appreciated by all ages. Yet this book is not simply a mere collation of such tales; each entry contains a Connecting the Dots... segment, which lays out the available evidence behind the held beliefs, linking ancient perceptions with modern understandings. Each entry dovetails into the next through a common query that links them together.

The book does not focus only on one region at a time. Instead, the flurry of short entries makes the reader travel through the entire country, moving seamlessly from the snowy peaks of Kullu, after being dragged there by Vishnu’s Matsya avatar, to the Benaulim beach in Goa that was purportedly revealed by Parashurama’s arrow. The tale of the jagged, cratonic tors of Hampi, formed as a result of the boulder-slinging battle between Sugreeva and Vali for the vanara kingdom of Kishkindha, is followed by Rama’s role in creating the Thar desert.

In such frequent steps across the country, the book demonstrates the spatial prevalence of socio-cultural-religious beliefs, giving a sense of the common ethos that binds these lands. Ramachandran also highlights many region-specific tales, such as the unique floating phumdis of Manipur that are protected by the goddess, Loktak Lairembee, the tales of Dokkhin Rai and Bonbibi from the Sunderban’s tidal tracts, and how the atolls of the Lakshadweep were colonized by soldiers seeking Cheraman Perumal to whom is dedicated the oldest mosque in India in Kerala. The book does contain some entries related to Buddhist and Muslim beliefs; but the majority of its focus is on Hindu myths and folktales.

Many of these geomyths have been passed down generations as part of India’s oral tradition of teaching and learning. While some of the evidence presented and its links with actual landscape features or their mode of formation is tenuous, like all myths, these tales are a medium engaging people with their natural surroundings through a sense of wonder and shared stories. In doing so, it enhances their value as geoheritage sites. This is timely and pertinent, as the draft of a geoheritage bill continues to be discussed in Parliament even as swathes of the nation’s natural landscapes, fossil troves and spectacular rock formations succumb to urban expansion and mining.

Ramachandran’s book stresses the need to protect the geological and geomorphological attributes of the country that are not only important in scientific, educational and aesthetic terms but are also vital repositories of our culture and ethos. The author signs off with a poem whose lines list the documented geomyths and sites, creating a common thread that links them all, much like how this subcontinent, which has formed through millennia and has been interpreted over centuries to instil the common idea of India, holds its diverse citizens together as a nation.