In some places, the book shows, the electoral contest is rigged from the start and, at times, even before the start 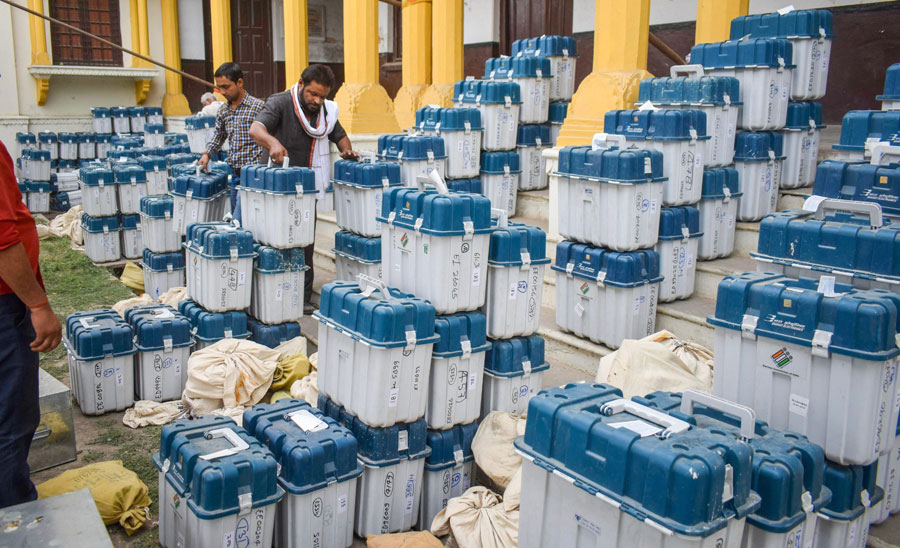 How to rig an election: Tricks despots play By Nic Cheeseman and Brian Klaas, HarperCollins, Rs 599

Elections are synonymous with democracies. There are barely any debates around what has been settled and accepted the world over as an unalterable given. A concomitant purist, bordering on the naïve, conviction has taken root that they are the sole, unchallengeable mechanism for reiterating people’s power and ought, therefore, to be accorded hagiographic status in political narratives of recent times.

Providing a seemingly rough pushback to this conviction is the study of Nic Cheeseman and Brian Klaas which seeks to expose the greatest contemporary paradox that while more elections are being held, we are, in fact, experiencing a democratic recession. The vast majority of governments at least go through the motions of election campaigns and are rhetorically committed to allowing citizens to cast ballots to choose the leaders who will govern them. However, in many places, that choice is little more than a grand illusion. The contest is rigged from the start and, at times, even before the start.

There is the telling illustration of the 2013 Azerbaijan elections, when the highly repressive government of the president, Ilham Aliyev, sought to boost its democratic credentials by launching an iPhone app that enabled citizens to keep up to speed with the vote tallies as ballot counting took place. Touting its commitment to openness, the regime said that the new technology would allow anyone to watch results in real time. But those who were keen to try out the new technology were unpleasantly surprised to find that they could see the results on the app the day before the polls opened.

The authors argue that Azerbaijan’s egregious election rigging is not an outlier. In other authoritarian states in which leaders hold elections in spite of not being committed to democratic values, rigging is the norm, rather than the exception. Since the end of the Cold War, the majority of elections held in such states have featured some form of electoral manipulation. More disturbing is the assertion that poor quality polls are not a small proportion of all the elections held globally. On a scale of 1 to 10, in which 10 reflects the perfect election and 1 reflects the worst possible, the average election scores a modest 6. In Asia, Africa, post-communist Europe and the Middle East, the figure is closer to a more dismal 5. Debunking the postulate that elections are truly transformative political institutions, only 30 per cent of elections since the early 1990s are stated to have resulted in a transfer of power.

The depressing findings are based both on analyses of global data and field-level research, spanning several decades and disparate geographies. More than 500 elite figures ranging from prime ministers to presidents who have rigged elections, to Opposition candidates to rebels to coup plotters disillusioned with democracy, have been tapped as sources.

The ugly patina of rigging has been yanked off to enable the uninitiated to wrap their astounded heads around it. Intricate subcategories of manipulation have been detailed — of gerrymandering, vote buying, violent repression, digital hacking, stuffing ballot boxes and playing the international community. They relate to what has been trashed appropriately as counterfeit democracies in the suffocating clinch of authoritarian rulers.

The global collage of negativity, decked out in faux democratic couture, is worth holding up. Embroidered as it is with a slender skein of hope, the expectation of redemption breaks through loud and clear.

Notwithstanding this singular contribution to the contemporary political studies genre, it is perplexing that India, the world’s largest democracy, finds itself at the receiving end of totally undeserved aspersions as being “fragile”, with the integrity of EVMs being called into question. Tossed casually on this unacceptable accusatory pile is another shocking allegation that the quality of elections is not a major concern here. In an unparalleled instance of grievous mismatching, China and India have been boxed in together. The condescension this reeks of must be condemned.

At the end of it all, there is no escaping the stark and unpalatable conclusion that democratic systems have been effectively gamed by authoritarian regimes with the collusion, explicit or otherwise, of world powers, along with sanctimonious multilateral/aid/advisory organizations from the so-called developed part of the hemisphere, not by fooling them with Potemkin elections as has been made out.

The resounding echo, therefore, remains that of preaching from the pulpit about some sublime, ineffable quality of democracy, which will continue to elude huge swathes. It would have been educative to be informed on the need for transparent auditing of the preachers’ backyard, too. Even though the shrill cries of crusades for democracy have today descended to dull levels of near inaudibility, pretender-democrats would love an opportunity to peek into the ugly landscape of a camouflaged warts-land that is artfully flaunted as a platinum standard.