The book examines the contrary pulls of careful realist representation, the pole from which Elena Ferrante begins, and the recognition that the real is actually unrepresentable 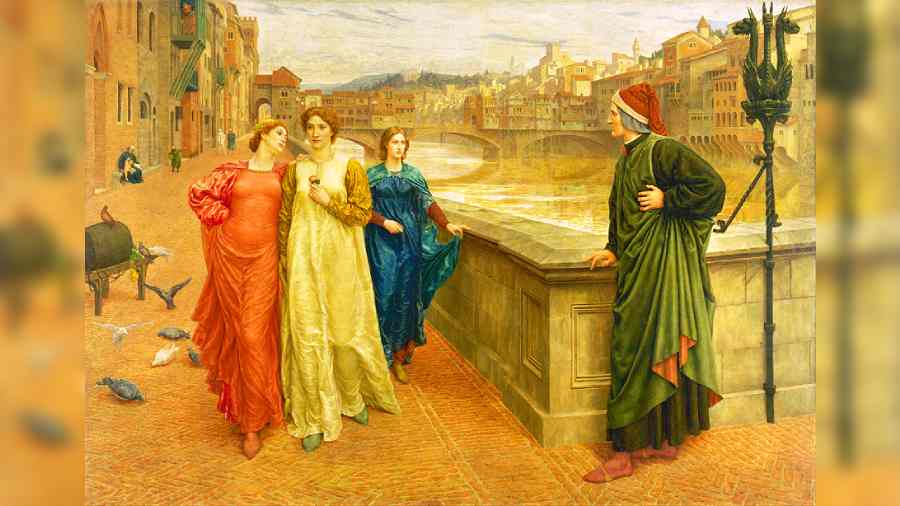 Book: In the Margins: On the pleasures of reading and writing

Elena Ferrante is the pseudonym of a novelist whose real-life identity, despite notorious and highly-publicized efforts to track it down by textual scholars, investigative journalists and computer analysts, remains hidden. At the same time, as this set of four lectures shows, she is also a writer whose self — or plurality of selves, as she puts it, citing Virginia Woolf — is composed of the words she puts on the page, accessible to her readers in the way that all literary identities are.  In the Margins  — translated by Ann Goldstein —  deals with crucial questions of writing the self and the world: how one writes, what one writes about, and what escapes the act of writing. Ferrante composed the first three lectures collected here in response to an invitation from the Umberto Eco Centre at the University of Bologna, in autumn 2020, to present her thoughts on writing and on writers to a broad, non-specialist audience. The event had to be postponed owing to the pandemic and the lockdown but, ultimately, in November 2021, the lectures were performed by an actor, Manuela Mandracchia, in one of Bologna’s most beautiful public theatres. The fourth lecture, on “Dante’s Rib” — principally about the figure of Dante’s beloved Beatrice — was read out by the scholar, Tiziana de Rogatis, in April 2021, at a conference of Italianists marking the 700th  anniversary of Dante’s death.

Yet despite the performativity of its presentation, and the radical dissimulation of its print embodiment,  In the Margins  comes across as a painfully honest, even hesitant and reflexive, account of where Ferrante’s personal journey as a writer has taken her. In fact, the work to which it bears comparison is another set of lectures by a woman novelist invited to speak on ‘Women and Fiction’ at another ancient university, just under a hundred years ago: Virginia Woolf’s A Room of One’s Own. Ferrante does not dwell upon this parallel. The book by Woolf she cites several times is A Writer’s Diary, posthumously compiled by her husband, Leonard, and similar in some ways to Ferrante’s own  Frantumaglia  (Fragments) published in 2003. This, together with Gertrude Stein’s Autobiography of Alice B. Toklas, provides Ferrante with key insights into being oneself and being, at the same time, another person. It is from Stein that Ferrante learns “how I, the author — a fiction forever incomplete, molded by years and years of reading and the desire to write — invent and disrupt the writing that has recorded them. I am, I would say, their autobiography as they are mine.”

In the first lecture of the series, Ferrante recalls how, as a child learning to write, she was taught to stay on the lines and within the margins ruled in her copybook. This training made her a precise, conscientious writer as she grew up, reading mainly male writers and trying to imitate them. It was when she first encountered the work of the Renaissance poet, Gaspara Stampa, that she felt the need to unite her pain with her pen, to find words for what Beckett calls the ‘unnamable’. For the writer is her words, “made of words, others’ words, these strangers, this dust of words, with no ground for their settling, no sky for their dispersing” — but equally, as Beckett also says, she is “like a caged beast” needing to break free from the black and red lines of her exercise book. In the celebrated Neapolitan novels, Ferrante uses the word,  smarginatura  (translated by Goldstein as “dissolving the margins”), to describe the persistent blurring of the margins or boundaries of social personhood by her character, Lila.

In the Margins examines, therefore, the contrary pulls of careful realist representation, the pole from which Ferrante begins, and the recognition that the real is actually unrepresentable, so that her recourse is a first-person narrator who is in constant, random collision with the world, serving as sole witness to her experience and distorting the ‘mirror’ of literary form. That period of writing ended, she says, with The Lost Daughter  (made into an unsettling film last year by Maggie Gyllenhaal). Subsequently, Ferrante attempted to break free of the cage of the ‘I’ into the space of writing about others, in the margins of other lives: the world of the Neapolitan novels. And more recently, she says, she has felt, as a woman writer, the pressure of history: the need to join the self to a history where women have been largely ignored. In the last essay in the book, not part of the series, she reflects on Dante’s Beatrice, a woman imagined with “visionary realism”, as fully in command of a language surpassing that of all other speakers.