The book takes stock of the horrors — preventive detention, lynching of minorities, attacks on journalists — that have been normalised under the political dispensation led by BJP 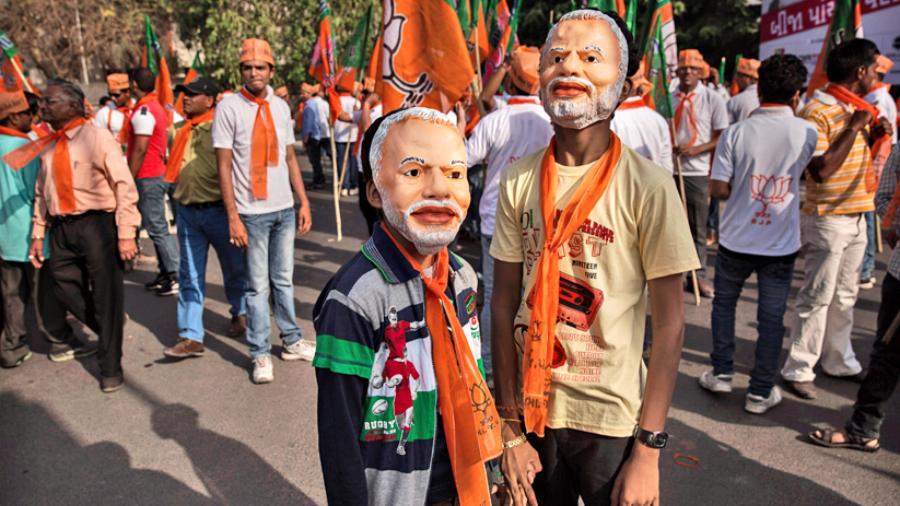 Book: India’s Undeclared Emergency: Constitutionalism And The Politics Of Resistance

Before Amazon decided to shut down Westland Books earlier this year, the publishing house brought out a gem of a volume by the Bangalore-based activist and lawyer, Arvind Narrain. It speaks truth to power without screaming. It relies on books, court proceedings, and fact-finding reports to make its case about threats to the rule of law and clampdowns on dissent. It also draws on the works of Hannah Arendt, B.R. Ambedkar, M.K. Gandhi and Harsh Mander.

Titled India’s Undeclared Emergency: Constitutionalism and the Politics of Resistance, the book takes stock of the horrors — preventive detention, lynching of minorities, attacks on journalists — that have been normalised under the political dispensation led by the Bharatiya Janata Party. In doing so, the book draws comparisons with one of the most shameful periods in Indian history — the Emergency of 1975, set in motion by the Indian National Congress.

Narrain argues that Prime Minister Indira Gandhi was unable to mobilise popular support; so she had to rely on State overreach, whereas Prime Minister Narendra Modi has a huge fan base, so he draws legitimacy from the people, not just the State. This claim is worth engaging with, especially in conjunction with recent scholarship — Christophe Jaffrelot and Pratinav Anil’s India’s First Dictatorship: The Emergency, 1975-77 and Nishant Uppal’s Narcissus or Machiavelli? Learning Leadership from Indian Prime Ministers.

Narrain writes, “The most visible campaigns of this government — around anti-conversion laws, cow slaughter laws, anti-‘love jihad’ laws or the building of the Ram temple in Ayodhya — are all rooted in Hindutva ideology and are popular with a significant section of the people.” He adds that hate against Muslims and “the constant reiteration of the superiority of Hindu culture over others, especially Islam, contributes to the regime’s popularity.”

It is unclear what ‘Hindu culture’ means since there is no such monolith given the diversity of practices, deities, and beliefs that fall under this umbrella. Is this Shaivite culture, Vaishnava culture, Shakta culture, an amalgam of all three, or something entirely different? Unfortunately, the sharpness that Narrain displays in discussing secular issues is absent in his discussion of religious matters. The book would have gained much from a collaborator more appreciative of religion as an aesthetic and emotional — and not just a political — force.

Whether you agree with Narrain or not, what needs to be recognised is that this book is more than a hot take. Narrain has been invested in questions of constitutionalism, resistance and human rights for a long time. He was part of the legal team that challenged Section 377 of the Indian Penal Code right from the Delhi High Court in 2009 to the Supreme Court of India in 2018. He has written books on human rights lawyering and the Preamble to the Constitution of India. He is currently doing a PhD on the legal and political thought of Ambedkar.

What makes Narrain’s book valuable is the fact that he goes beyond mourning what is broken. He invites readers to think about “what is to be done” in terms of cultivating constitutional values. He acknowledges, like Ramachandra Guha and Romila Thapar have in the past, that activists must learn to speak in a manner that resonates with common people. They must dig into the rich histories of dissent in languages other than English and into theoretical frameworks other than those bequeathed to them by a Western education system.

A critical gaze directed at the self is perhaps the best place to start the work of change.