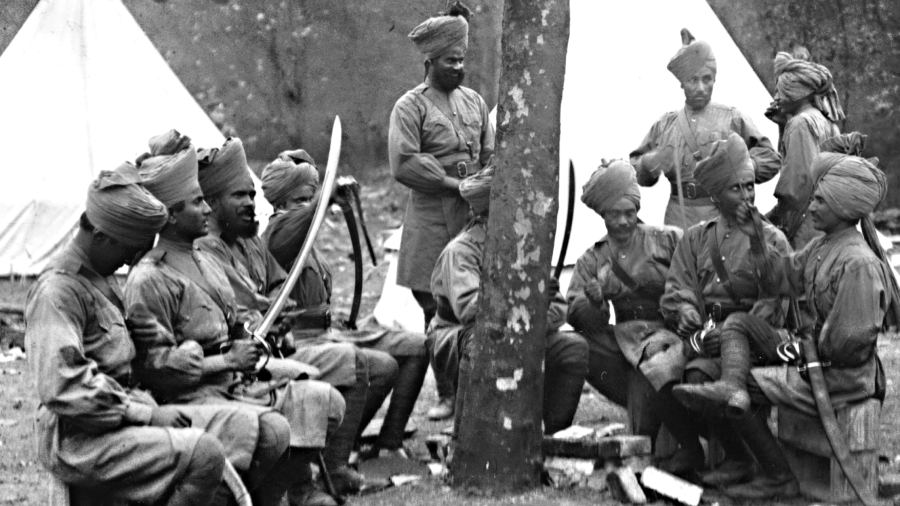 Memoirs constitute an integral part of the historical and the literary response to the First World War. The memoirs of Siegfried Sassoon, Edmund Blunden, Robert Graves, Patrick MacGill, Giles Eyre and Ernst Jünger, among others, testify to the unique experiences of the combatants. A plethora of such writings abounds in the Western response to the war. But the paucity of similar personal narratives tends to pose a serious challenge to the task of mapping the Indian history of the First World War. Research work undertaken by writers during the recently-concluded centennial remembrance of the Great War had been occasionally impeded due to the lack of scholarly access to the variegated Indian responses to the War. Many of these works are still in the process of being discovered and translated.

Murali Ranganathan’s brilliant translation of Nariman Karkaria’s memoir, Rangbhoomi par Rakhad (1922), from the original Gujarati, is a crucial addition to this distinct literature collating the Indian experience of the conflict.  Karkaria’s account is exceptional as it functions both as travelogue and war memoir. Hailing from Navsari, a small town in south Gujarat, Karkaria’s insatiable quest for adventure inspired him to board the steamer, Capri, bound for Hong Kong. Such was his urge to explore the world that he raised his passage money by selling the gold chain of his watch and the gold buttons of his jacket. Nariman eked out an existence in Hong Kong and Peking for a while. However, with the onset of the First World War, he was desperate to volunteer for the British Army. Undertaking an unenviable journey through China, Manchuria, Siberia, Russia and Scandinavia, he eventually arrived in London in 1915. His desperation to enlist led him to the Head Recruiting Office in Whitehall but he was initially directed to the India Office to serve the Indian Army. Nariman’s persistence eventually paid off as he was finally recruited to the British infantry as a “private” in the 24th Middlesex Regiment.

Laced with occasional doses of humour, Karkaria’s memoir strikes a fine balance between the depiction of grim realities and a chain of personal discoveries in alien lands. As a witness to action on the Western, the Middle-Eastern and the Balkan fronts, Karkaria portrays vivid images of the violence. Chapters like “The Killing Fields of France”, “The Battle of the Somme”, “The Conquest of Jerusalem” and “The Final Battle” reveal the brutal carnage of the war — human bodies mutilated by continuous shelling; combatants dropping dead under the toxic effect of poison gas; sudden terror unleashed in the trenches by the prospect of aerial attacks; hundreds of injured, unattended soldiers moaning in trenches; the scourge of diseases like malarial fever and the horrendous experience of using corpses as shield against relentless gunfire on the battlefield.

This is a must read for scholars, historians and general readers alike. Readers interested in salvaging the Indian contribution to the First World War would find this volume irresistible. As Ranganathan asserts in his introduction: “Rangbhoomi par Rakhad is the only Indian war memoir from the First World War to have been discovered thus far.” Given its archival validity, the memoir is a piece of history to be cherished.