Epics, myths and beyond at Apeejay Kolkata Literary Festival

The Telegraph brings you excerpts from the virtual panel discussion 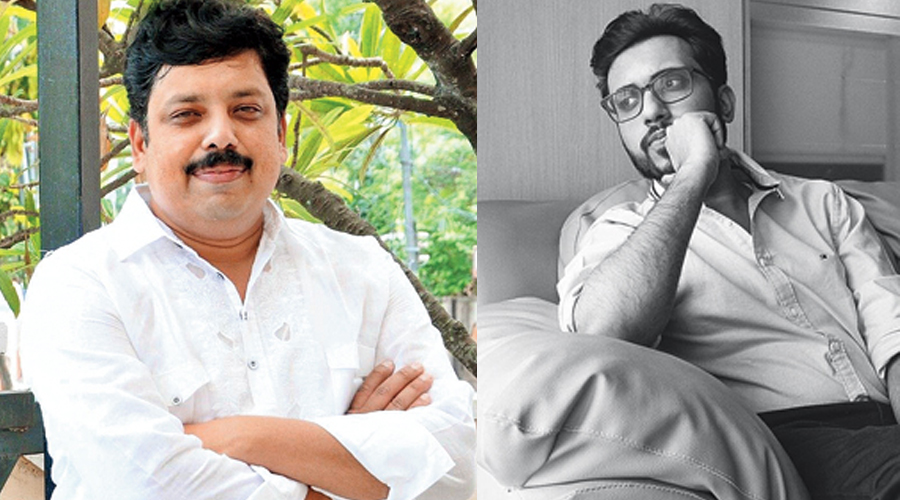 A lively, fun-filled session touching upon different aspects of mythology, which has of late got a fresh lease of commercial viability across mediums, shaped the session ‘The Midas Touch: What makes mythologies tick?’ on the third and final day of the Apeejay Kolkata Literary Festival 2021. The virtual panel discussion saw bestselling mythology fiction writer, screenwriter and television personality Anand Neelakantan, who is famous for his Bahubali series, along with teenage favourite for mythological fiction, Kevin Missal, famous for Kalki and Narasimha series, in conversation with Preeti Vyas, CEO of the popular comic book and graphic novel publisher Amar Chitra Katha.

Listening in, The Telegraph brings you excerpts from the session.

On weaving tales around flawed individuals

Bringing multiple versions of Ramayana to the greater part of the country through his books was at the heart of Anand’s writing project, following the tradition of counter telling popular in Kerala and Tamil Nadu, wherein delving deep into the complexities of the characters rather than a good versus evil story was central. “In Kerala, we had dramas, in classical art forms like Kathakali, characters like Karna and Raavan were explored, so I came from that confident tradition of counter telling. Invasions in the Gangetic plains changed the storytelling into good versus evil stories, such as in Ramayana where Raavan was the evil. But in the south, questioning of the tradition is more, so it is about the older, purer format of Dharma and Karma and Karmafala (the action and the fruits of action). So I wrote the other side of the Ramayana and the Mahabharata,” said Anand.

On marketing mythology in 2021

Word of mouth helped in the marketing of Anand’s books. “I was fortunate that my narrative style is mostly visual, so they got noticed by a lot of countries’ good directors and actors such as south superstar Nagarjuna, and S.S. Rajamouli. I was also called to television,” he said. On the other hand, for Kevin, who has a marketing agency for writers and authors, being true on social media, doing a lot of content marketing and offline marketing was his marketing mantra. “For mythology, I feel that you have to treat it the way it is — you can’t oversell because it’s fiction at the end of the day,” he explained.

On the significance of authority and research, and blurring the lines between history, mythology, and mythological fiction

Having stuck to more widely accepted versions when writing for television serials like Siya Ke Ram, Chakravartin Ashoka Samrat, Sankatmochan Mahabali Hanuman, Anand writes differently for books, drawing from folk versions heard in his childhood. Authenticity for him is to be consistent with his version. “All our books have a disclaimer that they are fiction — there is no scriptural authority. I insist that it should be put in all my books because even though my books are point-of-view, but still what you consider as authentic need not be authentic to me. The audience or the reader has to understand that this is the version I am using and I am authentic to that. For example, in Asura, Sita is the daughter of Raavan, which is a version in the South. And I always put the source,” he said.

Kevin held up the “what-if” element as being crucial for exploring alternate narratives in mythological fiction. “And, the what-if element has to be done most convincingly and sensibly with adequate research, for it can make or break your story,” he added.

On the enduring relevance of mythology

The session drew to a close by drawing a full circle on the prevailing relevance of mythology in our lives. Anand rounded off saying, “One of the greatest strengths of Indian Puranas, that have inspired my books, is that at any point of life, irrespective of your gender or age, you will find a character similar to you, who has faced the problems that you have. I have brought up multiple versions of the Ramayana and the Mahabharata to the wider public and younger audience, so that these tales get reborn again and again, in distinct retellings, and remain relevant with time.”

Kevin concluded by tracing the relevance of his books to the entertainment quotient and the “freedom to experiment and show a different kind of scenario”.

“And at Amar Chitra Katha, we have comic books telling different versions — so there is much food for thought to be drawn from them,” Preeti Vyas signed off.