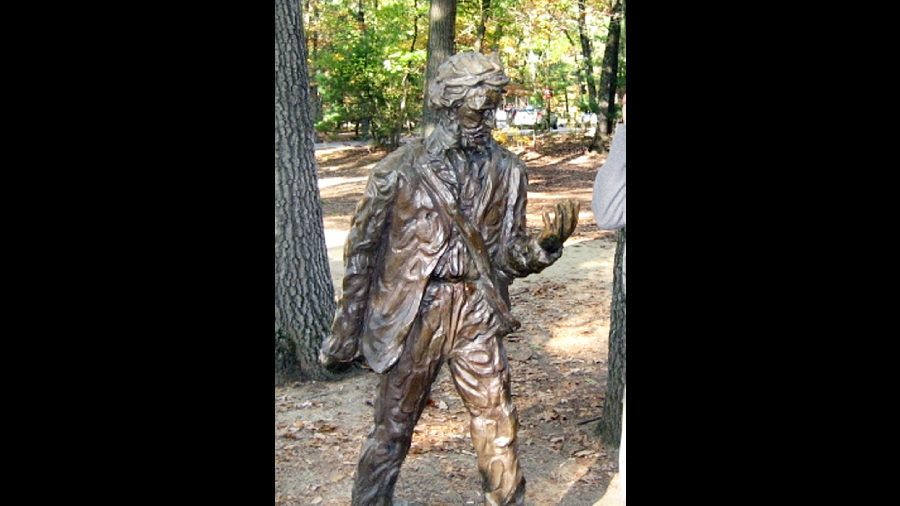 Book: Six Walks: In The Footsteps Of Henry David Thoreau

Henry David Thoreau, the American naturalist, essayist and philosopher, was fond of walking. So fond, in fact, that he gave the title, “Walking”, to one of his most famous essays. In Six Walks: In the Footsteps of Henry David Thoreau, Ben Shattuck retraces the walks that Thoreau had taken having felt “a kinship to this observer”.

It seems that Shattuck and Thoreau are travelling together. Even though the texture of the landscapes, separated by time, have been altered, Shattuck trudges on, united with Thoreau in their love for walking. Just like Thoreau, Shattuck is a keen observer. Whenever he comes across something interesting in his journeys, he tries to look for a similar experience in Thoreau’s writing and more often than not, he finds it — as if the two companions are sharing their observations and feelings. That is why Six Walks, at its core, is a book about walking with a friend.

Having also been a Civil War reenactor, Shattuck is obsessed with the past. But he eventually realises that “[t]he past is a verb… Its feeling comes through participation, not standing in front of a monument.” His journeys, therefore, become attempts in immersing himself in the world that Thoreau inhabited. Yet, he is acutely aware that the world has changed. The things that Thoreau had seen are no more, even though the physical spaces remain. When he takes a walk to his ancestral home, he comes to know that it was demolished and a new house had been built on that plot. “I suddenly felt foolish, making a pilgrimage to something that wasn’t there anymore,” he writes. Still, he carries on because for Shattuck these walks are as much about inhabiting the past as they are about comprehending his present and mapping his future. Six Walks, in this regard, is a Bildungsroman of sorts.

Shattuck’s consciousness of change spills into his awareness of the ravages brought about by climate change as well as by the pandemic. As someone who has spent a considerable amount of time in the wilderness — and paid heavily for it with Lyme disease — Shattuck spots the traces of environmental degradation: “violet-blue platelets of gasoline on the water in the marsh, no larger than hands, catching in the grass.”

Shattuck’s affinity to Thoreau stems from his grief and trauma and, yet, towards the end, as he returns from another trip to Cape Cod, he realises that he does not want to walk anymore. “Was being troubled a requirement of seeing meaning?” he wonders.

The book is enlivened by Shattuck’s sketches of his experience: those of apple blossoms or Cygnus, the constellation. Perhaps the most beautiful of these is the sketch of his love, Jenny, in front of the oysterman’s house, sunlight illuminating her form as she looks away from the frame.

The circularity of the narrative is oddly satisfying and ties up Shattuck’s journey beautifully.