Caste, poverty, gender roles are topics that get a nod from the prolific author who has a massive following in this country 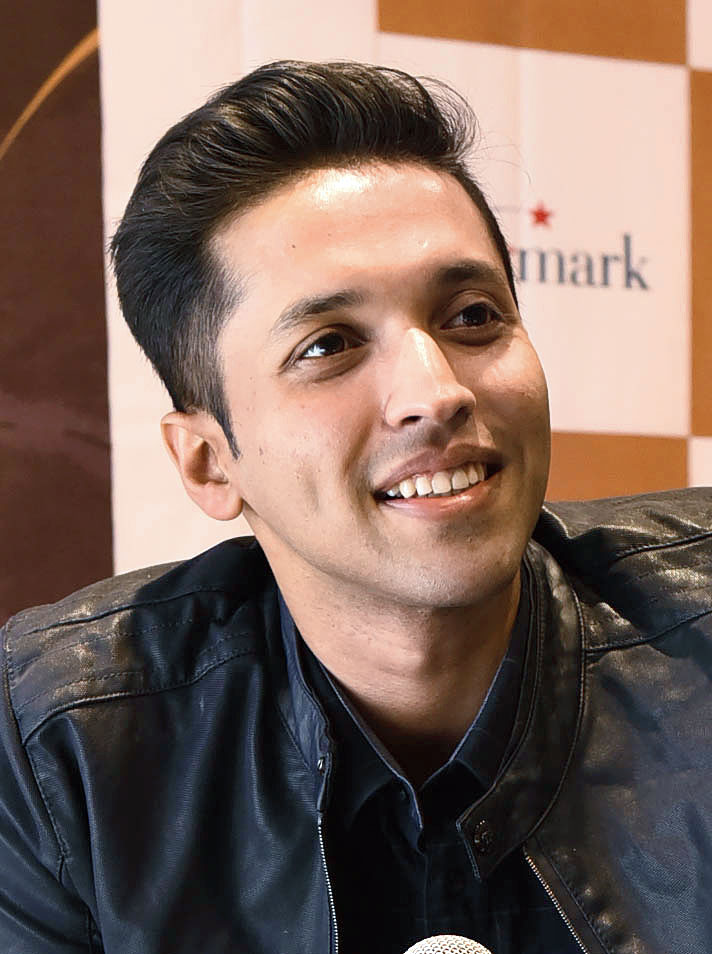 Durjoy Datta is perhaps one of the most self-aware young authors of our generation who isn’t afraid to call a spade a spade. Riding high on the launch of his new book Wish I Could Tell You, the author has delivered another novel that has love at its crux but is a far departure from the quintessential boy-meets-girl trope.

Set against the backdrop of a company that crowdfunds for cases that are in need of money through social media, the author manages to touch upon various social aspects of life that we are affected by. Cast, poverty, gender roles are topics that get a nod from the prolific author who has a massive following in this country.

Amidst the hullabaloo of a wedding that the author was attending in Jaipur, we managed to catch him for a brief chat over phone about the book and what’s keeping him going now!

Tell us about the birth of the book Wish I Could Tell You...

The germ of the idea came from the fact that once I had a child, Facebook and other social platforms started showing me ads based on my searches. I saw a lot of posts from crowd-funding websites that wanted a child to be saved, someone with grave illness and more. They were trying to gather people who would be willing to donate for the cause. I mean it just requires 2,000-3,000 people coming together to fund an entire liver transplant! While on Twitter, a hate-filled tweet will get a thousand retweets. This sharp contrast really caught my eye and piqued my interest. So that’s where the germ came from — what if I set my story in a crowdfunding company and then touched upon multiple ideas that this book encompasses.

Was there ever a fear of not being understood while you were in the process of penning this non-linear narrative?

There is a major incident that happens a little beyond the midway of the book. And there was that risk of people not following the storyline. Of course there was a fear but that was a decision that I had willingly made and the book couldn’t have been written in any other way. I couldn’t have written any other way!

And what about fear around building a character that people won’t like, in this case, Anusha?

If this book had been just about Anusha, it would have been a way bigger risk but because there is another character that plays foil to her so aptly, the risk somehow seemed less daunting. Plus, when Anusha hates on things, they are things we have all hated on. I was sure that some parts of her will be relatable to everyone.

Are there any milestones in your personal life that affected your writing style?

I can’t sense it in a very obvious way for now but I feel one obvious impact is that if I were to write older characters now, I would write them better. Which also means that if I were to write younger characters, I would perhaps falter. This is a difference that I can legitimately say has occurred but other than that, I don’t think there is much.

There were a lot of social issues that were addressed in this book — caste, poverty, mental health. Was that, too, done consciously?

I feel like the book would have been incomplete had those things not been there. Also, I didn’t want to force it upon my readers. Moreover, I feel, to be able to talk about the things that you just mentioned, one would have to have a lot more knowledge than I possess. I could have never said that ‘Okay, I am going to write about the issues’. I could only tell a story and touch upon these issues and tell you what I feel about them. That is what I have tried to do in the past as well.

For example, The Boy Who Lived was clearly about how a Hindu family reacts to a Muslim family and vice versa. But the book was never about that, in it’s essence the book was still about the boy who loved.

What are your thoughts on the various Social media platforms available to us?

I have realised that I am not a Twitter person. I do scroll through my timeline there but it comes across as a largely negative space. I may not interact with people there but I do see how people interact with each other there and it’s just the worst. Social media as a whole has two sides to it. While a person getting sucked into it too much will experience its negativities, some people also manage to find a sense of community online. One can get to talk about things that one otherwise wouldn’t, with their immediate friends and family. It is sometimes so much easier to talk about your troubles to someone online, who is perhaps experiencing the same, as it isn’t offline.

Also, there might be people willing to help but not know how to. Social media facilitates that sense of community, which is an obvious good thing about it. I do feel that we exaggerate the negatives of it and not speak about the positives at all. Obviously, I am not talking about privacy issues and how these big corporations operate. So while there are people getting negatively impacted, there are people getting positively impacted as well.

Gautam’s parents, in the book, define helicopter parenting, insisting upon dropping him to the metro on his first day at work. Are you a similar parent?

Whatever I do, I don’t think I would ever be able to match up to my parents. Bengali parents are like that. It’s not helicopter parenting per se but they just are very scared for their kids. Generally, boys tend to be more careless so perhaps that’s why they obsess a little more. Of course, I would never match it to that level but I do see traits of it in myself. I am definitely more paranoid about Rayna (daughter) than Avantika (Mohan, wife) is.

Having written about romance for over a decade, with the advent of technology in every sphere, have you seen any marked difference in the evolution of modern romance?

This is something that has scared me honestly because when I am writing a love story, I might get these things wrong. However, technology has perhaps changed the process of it but the basic crux of the emotion remains the same. In The Boy Who Lived, I have written about characters that are much younger to me in age.

But it is my imaginative world so I can conveniently create one where the rules of technology don’t apply. I don’t think I would be able to mimic how a young person navigates love now. If I were to do that, I would have to create a certain world where different rules exist. A very simple trope would be to make my protagonist not believe in the concept of dating apps (laughs!). There are more able writers who will know this universe better and will therefore pen this universe better as well.

I write every day because I feel like I would otherwise fall off the wagon and getting back up is very difficult. Sticking to a writing schedule has become hard, ever since Rayna came in but I still try to hit a particular number of word count because that really helps in having a sense of how much you have achieved in the day.

I do play music to set the mood for what I am writing but it’s not absolutely compulsory. So you can say that I have no quirks when it comes to writing. I just open my laptop and go at it!

Which one would you choose between writing a book and writing for television?

Writing a book is always more fun than writing a television show because in the latter, there are a lot of external constraints like production costs and egos to pander to. Whereas when you are writing a book, you can completely let loose. I mean TV writing sure is fun in its own way but writing a book is definitely better.

Do you read the works of your peers and try and check out competition?

I do read my contemporaries more out of curiosity and not competition really. It’s not like if someone is reading another author’s book, that would lessen the chance of them picking up my book but nevertheless.

I do get obsessed with a writer for certain periods of time and I unintentionally start mimicking them when I sit down to write. And then I will need to have the book around to serve as a guide! However, each draft starts looking different than the other, with the final draft finally sounding like me!

Any plans of completely diverting from the genre of romance and experimenting elsewhere?

My last few books have me straying from the quintessential romance by introducing newer themes but it’s just easier to sell the book if a romance author publishes another romance novel. There might be a certain element of love in everything I write but yes, I will explore various other topics.