We have worked in reverse, mirroring her plot structuring strategy to bring you eight vicious villains, four each from both these universes, unveiling their evil intentions and crimes. 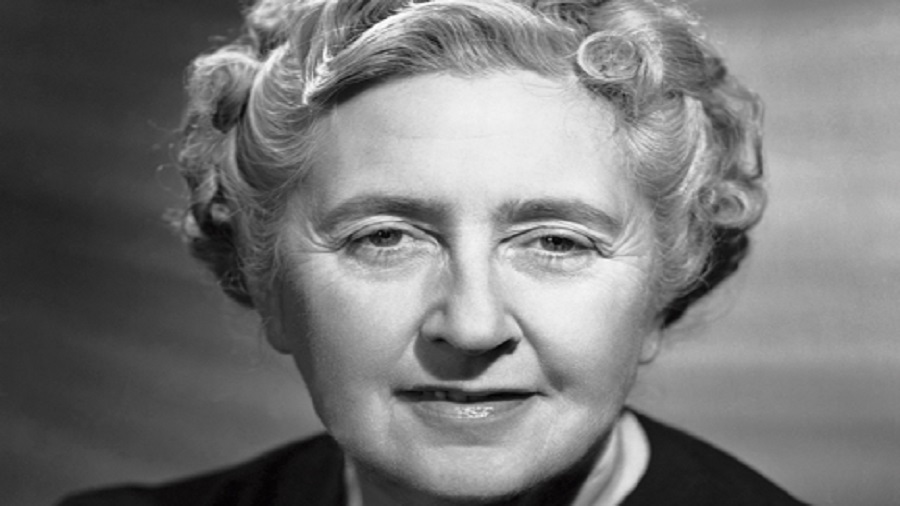 When you have an Agatha Christie mystery in your hands, you know for sure there are murders in the air, peopled with suspects, and more importantly, villains lurking tantalisingly close but just far enough from getting caught for their crimes. Two of her most well-loved detectives — Monsieur Hercule Poirot and Miss Jane Marple — have spun two unique universes teeming with assorted characters, drawn from different vocations and layers of the society, wound around a web of inventive crimes. On the occasion of the 130th birth anniversary of the queen of mystery, we have worked in reverse, mirroring her plot structuring strategy to bring you eight vicious villains, four each from both these universes, unveiling their evil intentions and crimes.

SPOILER ALERT: But hey, here’s a spoiler alert for those who haven’t read these books. Read no more, and come back only when you have read them! And for those who have, read on to size up the villains before you rush back to these novels for a re-read!

What makes detective fiction a true page-turner if not a hair-raising serial killer on the loose? We reckon you’ve already read this very famous Poirot mystery that features Franklin Clarke (The ABC Murders) as the apprehended serial killer who arbitrarily murders victims in the alphabetical order with the ABC Railway Guide lying by their side, ingeniously inserting the main victim, his brother Sir Carmichael Clarke (whom he murders to lay hands on his wealth) in his ploy to deflect the steps leading up to him. Add to that the framing of the epileptic travelling salesman, Alexander Bonaparte Cust, who is also suffering from the traumatic effects of the World War. This villain delights due to the conflicting emotions he sparks, where you can’t stop hating his villainy, yet cannot stop marvelling at the sheer genius of his scheming.

We bet you can’t guess the villain in this masterly, convention-breaking novel. As readers, our instincts are inclined towards trusting the narrator of the story. But, surprise, surprise! The seemingly honest and amiable physician, and the narrator, Dr. James Sheppard (The Murder of Roger Ackroyd) who is ostensibly depicted as assisting Poirot in the investigation, is revealed to be a man of dubious nature who chooses to murder his friend Roger Ackroyd than risk being exposed for blackmailing Mrs Ferrars. The clever deception techniques applied by Sheppard warrants re-reads for reverse unspooling of the sheer genius of the plot design by Agatha Christie.

If you think victims can’t be villains, think twice. A suspenseful ride with Poirot on a train full of suspects has a victim who is an out-an-out villain all the more. Gangster Lanfranco Cassetti (Murder on the Orient Express) is the very face of all sorts of evil, who does it all, be it kidnapping children for ransom and then killing them even after stashing in the ransom money, to double-crossing the men hired for the job to the police. It’s no wonder then that he is killed in retribution for his crimes by the relatives of his victims. You could almost argue that the villains here are the ones who win the sympathy of the readers.
The penultimate novel of Poirot’s universe, Curtain makes a special case for the twisted abilities of the human mind, and how nefarious it can get while plotting evil. The ‘perfect criminal’, named as ‘X’ in the novel, the greatest strength of Stephen Norton (Curtain) is in his apparent plain and unremarkable personality as a bird watcher. Etched as an elderly man with a medium build and a slight limp, he uses his voyeuristic abilities to trigger the jealousies and regrets in others, testing their limits to explode into violent crimes. In so much that he can’t be touched legally and that he even forces Poirot to resort to extralegal measures of justice, this villain takes the cake from the rest.

Talk about a gold-digger, wife-killer, and an undetected murderer all rolled into one, and bingo, this Miss Marple mystery set in the Caribbean Island has got it all right. Tim Kendal (A Caribbean Mystery) is a resort owner at a Caribbean island who does not think twice before poisoning an elderly tourist (who recognises him in connection with his old crimes) and posing it as natural death and then stabs his old maid who detects the foul play. Sinisterly enough, he even induces nightmares in his wife Molly by putting Belladonna (poison) in her cosmetics and attempts to kill her twice, intending to marry the widowed secretary of a British tycoon.

To what extent could a person stray, consumed in the dark shades of possessiveness and territoriality over another? Miss Clotilde Bradbury-Scott (Nemesis) is a case study in an answer to this question in this thrilling unraveling of the warped intentions of a jealous mind. An orphaned young woman, Verity Hunt, comes to stay with three sisters, one of them being the spinster Miss Clotilde who latches on to the girl as her one source of joy in her humdrum life but eventually turns to compulsively murdering Verity to prevent her marriage with the son of a millionaire, out of an overwhelming emotion of possessiveness. Burying the corpse in the greenhouse, she also murders another local girl, coldly disfiguring the body only to identify it as Verity’s and pin this second murder on Verity’s lover and to-be husband, who is subsequently jailed. When Miss Marple arrives at the truth, Clotilde tries to poison her too and meets her nemesis. A strange mix of a tragic loner and cold-blooded brutal psychopath, Clotilde stands apart from Christie’s other villains, almost too fictional to believe in.

Touted to be one of her most perfect works by Christie herself, the title of this Miss Marple novel is taken from verse 51 of her favourite Edward Fitzgerald’s translation of Rubaiyat by Omar Khayyam. It explores the cruel intentions of the adulterous nature of human desire. Dick Symmington (The Moving Finger), a solicitor in a small town of Lymstock, has a beautiful governess for his sons and wants to marry her despite being married. But, divorce is not an option since he loves his young sons dearly, and hence he devises an elaborate plan in action. From sending anonymous scandalous letters to his wife and the town people to staging her poisoning as a suicide triggered by the anonymous scandalous letter, this villain’s game is top-notch until the very end. Christie’s gifted insight into the complications of the human vice, lust, which can turn a lawyer around to stoop to criminality while misusing his legal knowledge, makes this novel and its villain a worthy read.

A murder is announced at the house of Miss Letitia Blacklock, in a story published in a newspaper. Everyone takes it as an advertisement of an ominous game, and battles their curiosity to drop by as chance visitors (in a typical display of hypocrisy). Lights go off, shots are playfully fired. When the lights are back, a man is found dead, and the game is on! What appears to be an accident or suicide, is a murder, planned in all its minute details by the conniving villain Charlotte Blacklock (A Murder Is Announced), who is impersonating her sister Letitia (who had died earlier in a foreign country which is not known to others), to grab the fortune inherited from her old boss’s wife. Charlotte poses a tricky challenge to Miss Marple’s deductive and observational powers. She stuns readers with the theatricality of her murderous game, finishing off two others who knew or guessed too much. As you read on, you know that you would never dare to step into this house.