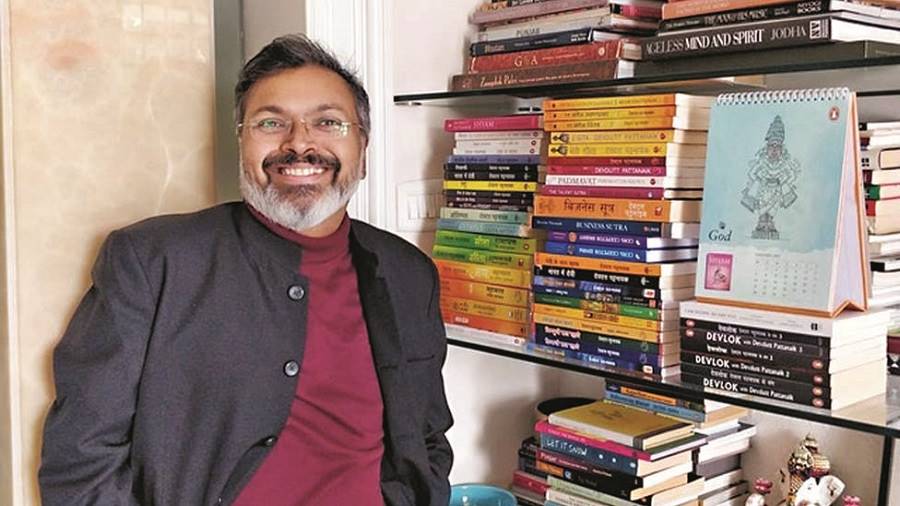 At a time when history is often tweaked to suit a skewed narrative, Devdutt Pattanaik is a mythologist who tells the stories of our scriptures in their truest form and hopes that people learn from them. He defines mythology as our cultural truth and believes in a form of storytelling that offers the wholesome picture so that we realise that it is actually a great thing to be called a “Sati-Savitri” and not something to be ashamed of. At a recent YFLO session, Pattanaik addressed some of these misinterpretations of our mythology, especially those of women-centric stories, in his usual crisp, articulate manner. Excerpts.

Sati-Savitri and their relevance today

I have often heard people say, “Don’t be a Sati-Savitri.” I have heard it everywhere and find it funny because these women from our scriptures should be role models and, maybe, people don’t want you to become like them because they don’t want you to have a mind of your own! Sati’s story comes from the Shiv Puran and Savitri’s story comes from the Mahabharata and both of them are women that make up their own minds, choose their own husbands and live the way they want to live, on their own terms. These are women with agency and sometimes people think that this is a new word that Western feminism has composed but these stories were written thousands of years ago.

The problem is that their stories are never told like they should be — these are stories of powerful, independent women. There is a diversity of women out there and not just one kind to be a feminist — there is Annapurna, who manages the kitchen, there is Durga, who goes to the battlefield, there is Lakshmi, who is whimsical. We are told that Lakshmi is at Vishnu’s feet but the story is that she presses his feet of her own volition and if she gets irritated, she will leave and then Vishnu has to run around the world to find her — she is chanchala. Parvati tells Shiva that she wants a child but Shiva says no because he is immortal. However, Parvati points out that she wasn’t asking but telling him and she creates Ganesha herself and Shiva, the hermit, becomes a householder. I work a lot for TV and they say stories of independent women won’t work and I tell them to at least try. It’s how you tell the story! 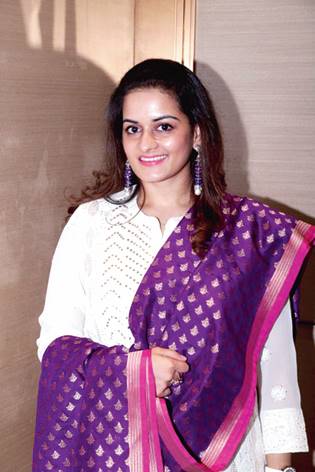 Devduttji simplified mythology and made us look at the age-old stories with a different approach. Being a young mother myself, it was great to know he also has books on mythology specifically for kids. It was an amazing session about the important stories of women in our mythology — Shefali Rawat Agarwal, chairperson, YFLO Calcutta
Sourced by the Telegraph

Mythology is subjective truth — your truth and my truth, the culture’s truth. Every culture looks at the world in a particular way and that is communicated through generations with the help of stories, symbols and rituals and this is mythology. Things like God, spirit and rebirth are not scientific concepts as they are a matter of faith and come in the world of mythology. A myth is a cultural truth communicated through stories, irrespective of religion. Mythological fiction is when a writer is using mythlogy and then presenting his point of view through those stories and sometimes creates new characters. When Amish (Tripathi) is writing a book, he is writing mythological fiction and I have written one book like that, which is The Pregnant King. So fiction is nobody’s truth, fact is everyone’s truth and mythology is somebody’s truth.

Relevance of the scriptures

The story of Ramayana proceeds because both Surpanakha and Raavan refuse to listen to Ram and Sita, respectively, when they say no. All our scriptures are based on stories about men with fragile egos, for example, Drapaudi’s situation in the Mahabharata. The Kauravas are big bullies and the story is about handling the complex problem of bullying. Meanwhile, Ramayana is about consent. Stories of Saraswati help you understand knowledge while stories of Lakshmi help you understand wealth and Parvati helps you learn about resilience and patience. And this is how stories have to be told for the 21st century.

Dealing with the current crisis

Mythology is a collection of wisdom from people for over a thousand years. How to Become Rich: 12 Lessons I Learnt from Vedic and Puranic Stories was written because it works in the Indian system and similar western books work in the western world. With regard to the present situation, the one thing that will not change is that people will still be hungry and that’s the key of Arthasastra. Hunger is not only for food but also for clothing, shelter and status. The logistics have changed due to the situation but we know that within three-four months, some kind of normalcy will be restored. There are mentions of plagues in the scriptures too and even at the Jagannath temple, he goes for a long slumber during which time, the temple remains under a lockdown of sorts but then the Rath Yatra starts. So in a way, our scriptures have also told us that this happens. The big lesson we have learnt over here is to not keep all our eggs in the same basket, which is China.

In India, we have a problem of governance as these people are not very smart. Ram is a king but Krishna is not a king. Even Vishnu takes different forms to play different roles but in our country, politicians think that today they can be the finance minister and tomorrow they can be the defence minister! Scriptures are very clear when they say that go to Lakhmi for wealth and Saraswati for knowledge as there is nobody who is sarvagunsampanna. There is a reason why Vishwaroop does not have a single temple in the country. Hopefully, our politicians will really look at our gods to learn!