Tricks of trading with a technological giant next door

Sailbal Dasgupta’s book, Running With the Dragon, is intended to be prescriptive — telling Indian companies how they can do better at exploiting China’s market, albeit belatedly 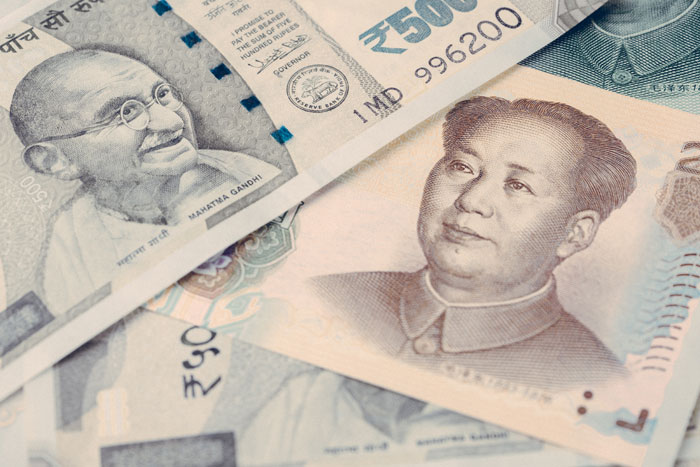 Running with the Dragon: How India should do business with China By Saibal Dasgupta, Penguin, Rs 599
Amazon

Still, there are a few Indian firms which have made it big in China, like the educational giant, National Institute of Information Technology, whose story makes instructive reading. NIIT works closely with universities and colleges in China to train students in information technology and with Chinese and multinational companies to provide solutions for sourcing, training and hiring IT professionals. The NIIT chairman, Rajendra Singh Pawar, said he went to China in 1996 on a vacation. “As a rule, I go to a country for a short vacation if I plan to launch business in it... It became very obvious to me that it was going to be useful for the Chinese society to partner with us in education and skill-building,” Pawar said. Of course, NIIT faced a steep learning curve. “We had to model and remodel our business [to meet local needs],” Pawar said. China was too large a country for NIIT to invest the money needed to build a consumer brand so it opted to be a B2B — do business with business. NIIT has trained over half a million students in IT skills in its two decades in China and boasts an over 90 per cent job placement rate. Asked about the secret sauce for NIIT’s China success, Pawar replied, “We try to put ourselves in the shoes of the customer completely”. There are other companies, too, that have fared well in China, like Infosys and TCS, which have piggybacked on their international corporate connections to source and grow their businesses in the country.

But trade remains overwhelmingly tilted in favour of China in value terms. India buys from China triple of what it sells. India’s China imports, ranging from electrical machinery to semiconductors and fertilizers, totalled $58.1 billion in 2018. By contrast, India’s exports were $18.83 billion, according to Chinese official data. There is vast untapped possibility, though, for India to export more, says Prabir De, the Asean-India Centre coordinator at RIS, in areas from rice, horticulture and cotton to jewellery and chemical products. But the standout export potential lies in pharmaceuticals. China has just opened up the sector to meet huge domestic demand for high-quality, low-cost drugs. (American generic prices might seem expensive, but they are on average only 55 per cent of the cost in China, according to Credit Suisse.) Analysts reckon that China’s policy to make its healthcare system more affordable means Indian drug exports could soar 30-fold in the next two years to $1 billion.

Dasgupta says that China’s market is for long-distance runners and those seeking quick profits need not apply. Political risks from bilateral ups-and-downs will continue to challenge investors in both countries. But a 2019 McKinsey report forecast $6-trillion Chinese consumption growth that will grow through to 2030, a sum equivalent to the combined consumption growth projected for the United States of America and Western Europe over the same period. Opportunities for Indian and other foreign firms are so enormous that it is “simply absurd for any company... to stay out of China,” Dasgupta says. “The cost is not excessive if one takes into account the cost of losing opportunities.” Now is possibly the best time to engage with China in the face of the Donald Trump administration’s punishing trade war against the country, he concludes.

Living next door to China, the world’s most populous nation, Indian firms might reasonably have been expected to make a serious attempt to penetrate its market. Instead, companies have displayed mainly apathy. Even when they have given it a shot, their efforts have been largely half-hearted and they have failed to do their homework, says veteran China hand, Saibal Dasgupta, in his new book, Running With the Dragon. “The foot-dragging demonstrated by Indian companies in the face of opportunities in China is astonishing,” he writes.

Dasgupta’s book is intended to be prescriptive — telling Indian companies how they can do better at exploiting China’s market, albeit belatedly. This makes it a vital read for firms keen to do business there. Still, while the subtitle is “How India Should Do Business With China”, it cannot help being more a primer on how India should not do business with China. Dasgupta’s tales of gaffes tumble out. For instance, he recounts how many Indian events serve dinner, mostly Indian fare, far later than the Chinese 6 pm eating hour and how he has spied Chinese guests scoffing food in their cars before going inside to wait, possibly hours, for a proper meal.

A lot of other things have gone wrong, too, and some are pretty basic, such as India’s lack of sufficient Mandarin translators. Then, there is knowing the market. Dasgupta says the Chinese invest heavily in understanding foreign cultures and markets and that is why Chinese brands like Xiaomi, Haier, Huawei, ZTE and Lenovo have become household names in urban India. Chinese money has also gone into internet-related businesses in India, such as Alibaba, which plunked $500 million in Snapdeal and $700 million in Paytm. Much of Chinese investment has come since the prime minister, Narendra Modi, took office in 2014. (Modi made four visits to China while he was Gujarat chief minister and his state was the biggest Chinese investment recipient during that period.)

Another dispiriting indication of how serious Indian business has been about cracking China’s market is the fact that none of the hundreds of industry associations covering different sectors in India has a Chinese office. The lone significant presence is the Confederation of Indian Industry’s Shanghai office. Indian business “is still shying away from China either because it is unable to realize the available potential or [does] not want to take pains even where big profits can be made,” says Dasgupta. Hardly any Indian consumer-product brand, with the exception of Tata Motors’s Jaguar (still viewed by the Chinese as British), has gained a foothold in China.

This article was originally published with a different hero image, which has been updated for editorial accuracy.