The day the music lived

Datta does not hesitate to haul his icons over the coals, as it were, with not-so-innocuous queries 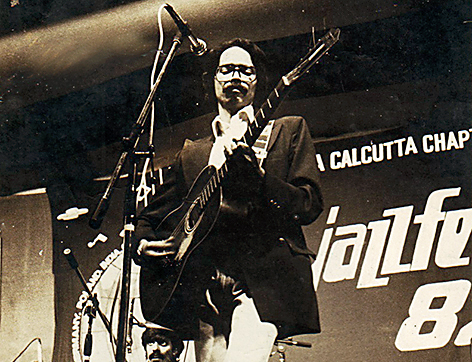 ‘Some guys’, Rod Stewart had crooned, ‘have all the luck.’ While turning the pages of Calling Elvis, aficionados of Western music may have reasons to conclude — the sourpusses that they are — that Shantanu Datta is a distinctly lucky person. After all, very few people have had the pleasure and the privilege of discussing John Lennon with Keith Richards or, for that matter, standing a few feet away from George Harrison who, as if to make the moment special, dropped a cup of tea on the floor. But Calling Elvis is not an exercise in hubris. Datta wears his erudition — imagine discussing the distinctiveness of Jethro Tull’s lead guitar with Martin Barre — as well as his love for this genre of music lightly. This book — a collection of conversations with, and experiences of, some of the giants that strode the stage of music — is best read as Datta’s humble ode to the education that he received from a timeless melody.

His reverence notwithstanding, Datta remains a dyed-in-the-wool journalist. So he does not hesitate to haul his icons over the coals, as it were, with not-so-innocuous queries. Thus, on being asked about his relationship with David Gilmour, Roger Waters — perhaps the most philosophical of Datta’s respondents — says that the two pillars of Pink Floyd have not exchanged a word since 1985.

Datta dishes out a virtual banquet of nourishing titbits for readers hungry for the taste of the inner lives of their heroes with guitars. Ian Anderson comes across as witty but also ancient — the Tull frontman apparently gets the heebie-jeebies about collaborating with women artists; Herbie Hancock and Wayne Shorter are candid in their assessment of Miles Davis’s benevolence; Mark Knopfler is reticent; Keith Richards is diplomatic (he attributes China’s decision to ban two songs by the Rolling Stones to ‘sensitivities’); Arlo Guthrie, hearteningly, renews his commitment to protest and the ethics of folk music. These brushstrokes, admittedly, may not be enough to give viewers a complete portrait of the artist, but Datta does not fail to offer tantalizing glimpses of the personality under scrutiny. 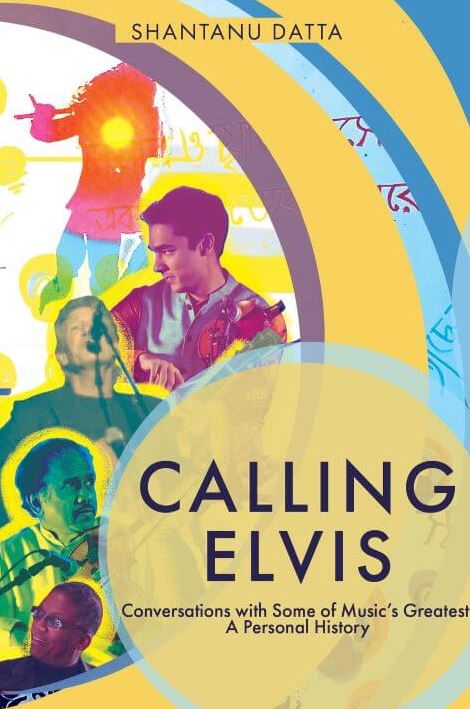 Balance is the key to any performance. Datta strikes the right chords in this context, fusing international stars with some of the luminous spots of the Indian musical firmament. Lew Hilt’s reminiscences of Dilip Balakrishnan — arguably the pioneer of rock music in India — are poignant. The shift in Datta’s narrative strategy, choosing another voice to speak for those who can no longer tell their own stories, prevents these interviews from sounding monotonous in terms of structure.

Calling Elvis’s contribution transcends its ability to flesh out mythical figures. Indeed, its significance lies in problematizing the idea of nostalgia. Is looking back at the past — as Datta does here — a way of looking away from the present? The richness, virtuosity and deep contemplations of these musical minds that Datta unveils could well be an ingenious method of exposing the penury of modern popular music, be it in Calcutta or around the world.

Calling Elvis would calm troubled, ageing minds at a time when Billie Eilish — Billie Eilish who? — scoops up Grammies and Calcutta’s nights thunder to the DJs’ beat.