To generations of readers who have roots in ancient cultures, the novel should make for a delightful flight. 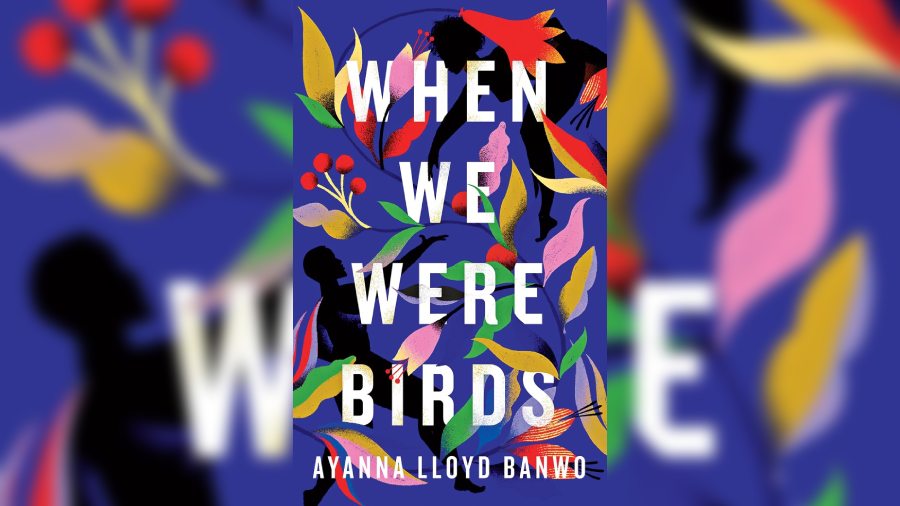 A new voice from Trinidad has burst upon the world literature arena with her debut novel When We Were Birds. Unabashedly different in their style and content, women writers from Trinidad and Tobago in the last few decades have been asserting their identity and forging an eclectic and burgeoning readership globally.

In February this year, Ayanna Lloyd Banwo, a diasporic West Indian doctoral candidate in Creative and Critical Writing from the University of East Anglia, who lives in London, has quickly become the reigning flavour among the new crop. But she has some big shoes to fill. Her senior colleagues, Trinidadian Shani Mootoo, (of Out on Main Street and The Cereus Blooms at Night fame), and Jamaica Kincaid (with her iconic bildungsroman Annie John still considered one of the most touching explorations of West Indian beliefs in the spirit world, culture and womanhood), have raised the bar for new entrants.

With luminosity and courage, Banwo performs an experiment in form and substance from the very first sentence: “First thing you have to remember… is that there was a time before time”. The first chapter opens to Yejide St Bernard, the young female protagonist, listening to her grandmother’s story about a beautiful verdant Edenic forest, which is corrupted, as all paradisical places must, by greed. The novel steers the reader almost immediately to a multiplicity of readings — the story as a colonial account of possession and conquest at any cost, an ecological catastrophe of vanishing wildlife, a story about ghosts (with the endearing young lover Darwin Emmanuel working as a gravedigger in a cemetery, called Fidelis, and Yejide’s mother Petronella ceaselessly in communion with her dead sister, the spirit world pops up in the midst of the living constantly), a feminist reading where Darwin’s arthritis-ridden single mother battles poverty and pain to bring up Darwin with a strong adherence to a Rastafarian belief system and unmitigated honesty.

Like most writers who have inherited the legacy of a colonial history, the new kid on the block, Banwo, is a polyglot. She speaks several languages and puts the patois, speech or language that is non-standard, to effective use in the narrative. This lends the story a certain stamp of uniqueness of place and culture. Thus, Yejide’s mother Petronella tells her daughter the secrets that she must pass on to her daughter, when she is dying in memorable patois, a different kind of English spoken in Trinidad and Tobago: “New dead can be troublesome. Need plenty work, plenty energy to keep them in the ground.”

Banwo invokes her countryman, the celebrated Nobel laureate Derek Walcott, by giving her characters a refreshing presence with their own unique tongue to tell the story.

As Walcott had said:

“Despite your Empire’s wrong,
I made my first communion
There with the English tongue”.

Banwo’s greatest success is she tightly knits stories of brutality and murder of her Black ancestors by White planters and overseers with their own voices of protest. In addition, by representing the slave narratives in patois (not standard English) she asserts their unique identity by the voice of subversion. Thus, she becomes an indomitable force of rebellion. Banwo actually “performs” what Raja Rao, our own grandfather of Indian writing in English, had strongly recommended in 1936, in his foreword to Kanthapura, to writers who came from colonised nations: “We cannot write like the English. We should not. We cannot write only as Indians. We have grown to look at the large world as a part of us. Our method of expression therefore, has to be a dialect…”

After a very long wait the reader revels in a sliver of romance that reaches a crescendo when the diverse flight paths of the two “birds” meet. During a terrifying storm, Darwin and Yejide meet at Fidelis Cemetery. That first time they meet, she appears dressed in white and shaking its locked gates before vanishing into the atmosphere. Yejide comes later again, to discuss her mother Petronella’s funeral. Their attraction is immediate. The reader is left following the love story at the end, clutching the edge of the seat, trying to configure how the lovers, from such disparate backgrounds will come together. In the midst of all the tenuousness, the spectre of death, there is a strong luminosity of hope for Darwin and Yejide. Their lovemaking is borderless and has an ethereal feel about it, where the living and dead collide gently and emerge in a strange balance: “The room fill and teem with colour and fear and joy and heat and death and dying and life and birth and she carrying worlds between her thighs.”

Banwo’s novel is richly intertextual in nature, and calls out to Nigerian writer Ben Okri’s The Famished Road in the multiple appearance of spirits and ghostly apparitions. The Fidelis Cemetery activity of grave diggers has distinct echoes from Hamlet and Rosencrantz and Guildenstern flit by the corner of the reader’s eye.

Banwo has confessed that When we were Birds is part of her familial and cultural history where oft-repeated stories shared by the older generation were part of the oral tradition of the slaves who were brought to work on the sugar and cocoa plantations. And in this novel, she performs what the great Twentieth Century theorist Mikhail Bakhtin posited: “The author participates in the novel (he/she is omnipresent in it) with almost no language of his or her own. The language of the novel is a system of languages that linguistically, mutually and ideologically interanimate each other. It is impossible to analyse it as a singular, unitary language.”

Banwo walks the talk that would speak to most Indian readers. Ghosts and the supernatural, the inheritance of stories, the daily presence of “ancestors”, the embedded narratives of racial brutality, the luminosity and delight of a homeland “Lapeyrouse and Port of Spain”. To generations of readers who have roots in ancient cultures, When We Were Birds should make for a delightful flight.

Julie Banerjee Mehta is the author of Dance of Life and co-author of the bestselling biography Strongman: The Extraordinary Life of Hun Sen. She has a PhD in English and South Asian Studies from the University of Toronto, where she taught World Literature and Postcolonial Literature for many years. She currently lives in Calcutta and teaches Masters in English at Loreto College