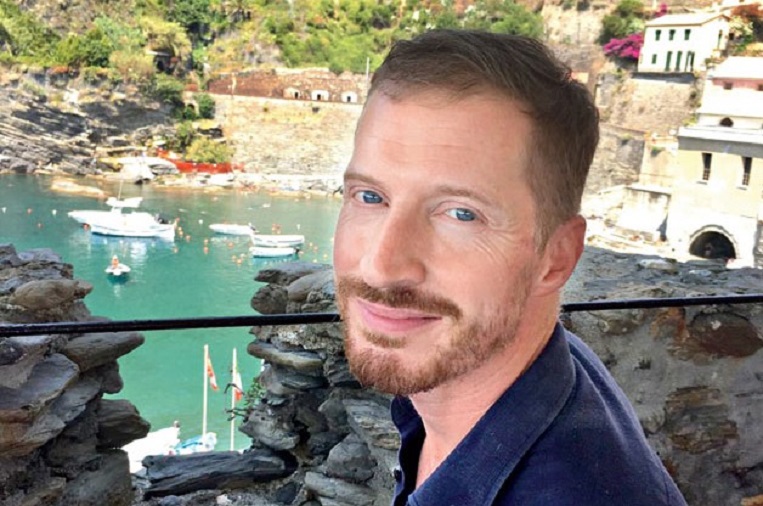 Andrew Sean Greer knew he wanted to be a writer when he was 10 years old, writing a self-illustrated book for a class assignment. In 2018, he came out with his book Less, a comic tale of a 49-year-old gay writer Arthur Less who receives an invite to the wedding ceremony of the love of his life. An unabashedly romantic novel, it won the Pulitzer Prize for Fiction in 2018, a rare feat for a comic novel. But that’s the mark of Greer — the ability to find humour in pathos and the celebration of all things joyous with prose so poignant, you can’t help but compulsively suggest his books to near and dear ones, once you are done with them. Also the author of books like The Confessions of Max Tivoli, The Impossible Lives of Greta Wells and The Story of a Marriage and winner of California Book Award, New York Public Library Young Lions Award, NEA grant, and a Guggenheim Fellowship, he was the former executive director of Santa Maddalena Foundation, a writer’s retreat in Tuscany which has invited the likes of Amitav Ghosh, Kiran Desai, Zadie Smith, Sally Rooney and more.

Greer, who is very active on social media, made news for his sartorial choice at the Pulitzer Prize award, a bright pink second-hand suit he bought online upon hearing of his win! The quirky author with an impeccable sense of humour hosts AMAs (Ask Me Anything) on Reddit and interacts with fans on Instagram. He was a part of Oxford Bookstore’s Rainbow Festival, where he went live on Facebook in his “Indian outfit in bright pink because it’s Pride”! He spoke about being an ally to the Queer community and his own coming out story.
The Telegraph caught up with the author after his session to dig deeper into what goes on in his bright, colourful, vibrant, humorous mind. 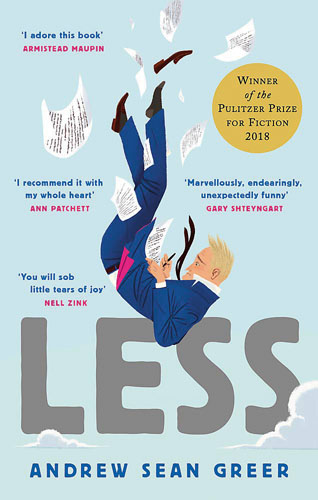 Other than intense online shopping upon hearing about your Pulitzer win(!), how has the award changed or affected your life? How important are awards to your writing process?

The Pulitzer has changed everything about my life — at least in the short term because it holds such esteem that I was suddenly being asked to events that I had never even heard of before! Before the prize, for instance, I had never been invited to an international literary festival. The year after the prize, I had to turn down quite a few in order to keep my writing schedule! I was also asked to speak in the USA, something that had never happened before. And of course, it brought attention to my other books. And so everything changed.
And also: nothing did. Because here I am, alone in my office, working every day as I have been doing for 20 years. Just going forward on a novel, with all the doubt and heartache and joy that entails. Prizes have nothing to do with the writing process. But they do affect the writer — because almost every writer struggles with income, with self-confidence, with a sense of invisibility. And it can be wonderful for that. But, again, it doesn’t change the writing. That goes on with the same willpower as before.

How much of Andrew Sean Greer exists in Arthur Less?

I would say quite a bit, but I would also say that of all my characters!  They are all me, in some way. One of the “villains” in Less, for instance, Finley Dwyer, is also me. The things he says are just thoughts I have in my own head. He is based on nobody but me. And my friends find Arthur Less amusing because, while they recognise a number of incidents, they are all told “incorrectly” in the sense that they did not happen that way, to that person, in that place, and so on. I don’t see Arthur as me (though I admit the resemblance). I have to admit I like him quite a bit more than myself.

You chose to write a comic novel about a gay author with a happy ending — both radical choices hardly experienced before in fiction. Were there any trepidations on your mind?

Ha ha! No, none! Because I assumed nobody would ever read it. So I wrote purely for my own joy. And, amazingly, that is exactly what people love about the book. Unfortunately, it’s a hard mode to recreate — now, for instance, I KNOW people will read my next book. I can’t pretend it’s just for me.

Your sartorial choices have been the talk of the town! Do you feel the need to share the same interest with your characters?

Well that is as charming a question as they come. Arthur hardly dresses as ridiculously as I do, but I did give him some foolishness in his blue suit. And I hope the appearance of another suit near the end is pleasing — I find clothes so pleasing. Because I like the sense that I can change. I often dress the opposite of the mood I’m in — I’ll dress in black if I’m happy and bright colours if I’m blue. Because the black won’t depress me if I’m in a good mood but the bright colours will always lift my spirits. And of course, I dress up to write! Just like Thomas Mann. Even in quarantine!

What is your writing process like, from inception to execution?

Usually, I have one image I can’t get out of my mind. And I write things around it until I start inventing characters and situations and then I sit down and say to myself: okay, what do I have here? And I outline it all. And I try to follow it, and I fail. And I have to sit down again and reconsider the book. In the book I’m working on now, the image I am working on is a silhouette in a tower in Puerto Rico, something I saw when I visited two years ago. I am writing towards that image. And I just changed a crucial part of the beginning so it can meet where I am now (nowhere near the tower, just so you know!)  As I get older, I trust my instincts more than my intellect. Which is terrifying.

What is your research process like for books that are set in the past?

I find newspapers to be a wonderful source of information, as long as you bear in mind that they are a fantasy of their present moment, not reality. They are full of false fears and false comforts. So don’t read the headlines — read the advertisements. And the cooking manuals. I find the things that slipped through history, that aren’t talked about, the pieces of clothing and little stories that are past even human memory. Bringing those back feels like patching up something torn. And includes the people whose stories are left out of history.

You are an author with a great online presence. How does negative feedback affect you, if at all?

Oh, I’m terribly sensitive! Just yesterday someone wrote to me and said they thought I didn’t deserve the Pulitzer. I was shocked! Who would say something like that to someone? And I wrote back, well that’s incredibly rude but you must be going through a really hard time, I wish you the best. I mean: one thing we are sure of, anyone we come across these days is going through a hard time. Time to be a little sympathetic. But I tell you, I’m not going back on Twitter anytime soon!

If not a writer, you would have been...?

Well, you can have pasta with fava beans tonight! But if you mean my writing table, it is another comic novel about America. A hard topic for comedy these days. But comedy comes from sadness, doesn’t it? So there be something to write about.