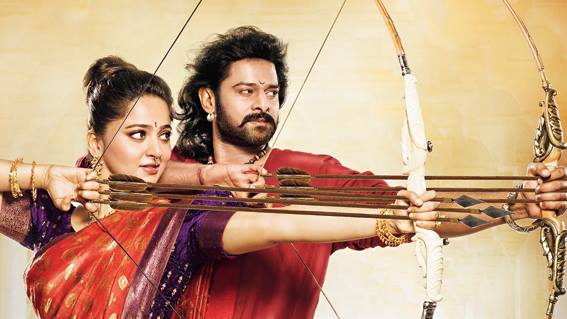 Rajamouli came to him after reading his book Asuras and well after the first Bahubali film had already created ripples around the world. He had the vision to extend the Bahubali franchise (beyond the two film epic) and approaching Anand Neelakantan, the author of books like Asura: Tale of the Vanquished and the Ajaya series was perhaps inevitable.

A prequel was thought of. “I found Sivagami and Katappa very fascinating as they are very grey characters. And that’s what you need to make a novel interesting. I went back 30 years in the Bahubali universe and made it grimmer and darker because novels, as opposed to films, yields to a darker canvas,” said the author at a session with Tata Steel Kolkata Literary Meet’s social media channels, where he was in conversation with Malavika Banerjee, director, KALAM. His latest offering to his readers and the world of Bahubali — Chaturanga (Westland) is a tale of great complexity that serves as the perfect starting point for a web series to release on an OTT platform. Here are some excerpts from the chat with the author who doesn’t like to mince his words. 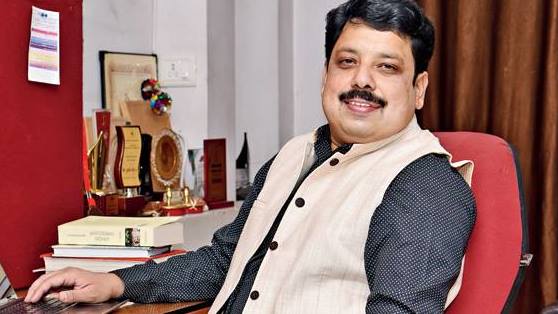 Anand Neelakantan
Sourced by the Telegraph

Writing for the screen versus writing for a novel — a challenge?

It’s a challenge but if it’s easy, there is no fun in doing it. Screenplay is like a guide for a film, it just forms a foundation. The director, actors, camera, art direction, there are so many people taking it forward. Whereas in a novel it’s just you, the reader and the editor, a world of only three people. I have written more screenplays than I have written novels if you go by word count. But nothing gives you the satisfaction of writing a novel; screenplay brings money as well. It is the irony of life that whatever gives you the most satisfaction may give you the least bit of money. Nobody reads or pays for poetry and yet that’s where you get the most satisfaction. I have found, it’s inversely proportional! You need both in life.

In your acknowledgment you have mentioned K.V. Vijayendra Prasad and how his blessings meant so much to you. Taking the story of a stalwart and mulling it with your own imagination — what was the experience like?

It was scary actually but then doing something easy is never much fun. Since he had created such a great world, I was using another medium and not the screenplay medium. And it had to render itself into an OTT platform. It’s not a three-hour screen time and instead, a 50-60 hour one and you get a greater depth to explore each character. Converting all of this was very tough but fun at the same time. And Vijayendra Prasadji never interfered and gave me full hand, which is the greatest gift that a writer can get. He has given the country some of the highest grossing films, and taking his story and building on it was great. Being able to use his story and the greatness of his heart will be remembered. 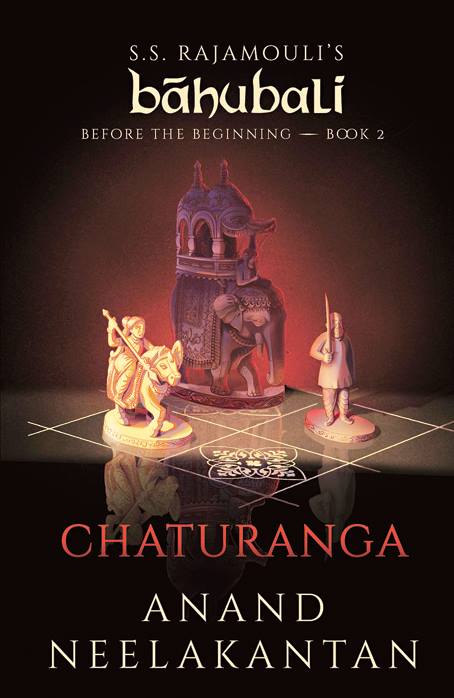 Chaturanga cover
Sourced by the Telegraph

The exceedingly powerful women who inhabit your world… what went into the creation of characters?

We talk about morality but what happens when the system is twisted? That’s what I did in my other books too. Here was a plot where a woman is fighting against the system, which is tough at any time, and especially difficult in the ruthless medieval times. Even in the history of Kerala, there have been concepts of devadasas (who weren’t really called that but the queen had many consorts) so it was fun to imagine this world, where men are not even considered worthy of a job and everything has to be done by women.

This came from the shock the Britishers felt when they arrived in Kerala. Imagine the British morality encountering the matriarchal system of Kerala! Now we have whitewashed the history but if you read British history, they were scandalised by what they saw. The present day India resembles Victorian-era England than ancient India. The morality that we carry as baggage is the garbage that Europeans had thrown out! Indian culture is, in reality, so free, sans this restrictive morality. So I took this opportunity to explore a fight between a patriarchal society and a matriarchal society.

Whether I write from Ramayana or Mahabharata, I derive my strength from my roots and I keep going back to them.

If you notice, all the coastal regions, from Bengal to Odisha, to coastal Karanataka to Kerala, from Gujarat to Maharashtra, there are stronger women. This might be because the worldview is different. There is less xenophobia than you encounter in a landlocked country. Many of the regressive ideas we have arise from the landlocked areas of the country rather than the coastal areas.

Women in Chaturanga are like ‘female James Bonds’ using their sexuality, powers, ruthlessness to achieve end goals; even getting their lovers killed and one can sense your joy in writing these supremely strong characters…

In ancient Sanskrit and Tamil dramas, you find women like this only. The moralistic way characters are built, like Sita for instance, owe a lot to the Bhakti era or the Mughals. That is when things changed. All the temple cultures are examples of that, they are throbbing with life. In Ajanta Ellora caves, Konark Sun Temple or Khajuraho that depict the day-to-day life, they are not excluding women. It’s a totally different take from the demure Sita or other women characters we know. This is all because of incursions and invasions.

Culture can come in two ways — trade and invasion. The coastal areas were involved in trade and they come with the agenda of a merger. However, there is an imposition of culture when it comes through invasion, as it happened in medieval Gangetic plains. From Valmiki’s strong central character to the one in Kalidasa’s poetry, Sita suddenly becomes the adarsh naari. Vyasa’s Draupadi is totally different from the Bhakti era poetry. I am not questioning the greatness of the literature but I am talking about how the worldview had changed. A time before these changes happened in the Indian diaspora because of incursions of culture.

There are few timeless philosophies that keep appearing in your book, the nature of power for instance and the kind of deals one has to make with a conscience. In the chapter Somdeva, we hear a line that goes “You can either have the honour or the throne”.

All my books are and will be contemporary. The story might be set in early eras but the books are contemporary solely because I believe human nature can’t be changed. I don’t think any man believes he is evil. Man achieving has to do a lot of compromises. That power could be anything — a country or a company. Then you employ people to make you into a god or superhuman. In a way, any history is engineered history. Writers like us who have been paid to write history throughout history. And we have read history by writers who were paid by victims. We have never witnessed anything called absolute morality. Things get justified in the name of morality but it has been used as a weapon of power, like Gandhiji. I don’t know if its a cynical way of life or just a way of life…

Religions have been used by most rulers to control the people. It was true thousands of years ago and is now. Why? Because it doesn’t require any proof, only emotions and emotion is the tool to control people. What I am saying is a universal truth, and you might not like it or you may love it. Sivagami is on her path to becoming Somadeva, the one thing she is opposing. And that is the nature of opposition as well. You eventually have to slip into the role of what you are opposing.

This hour-long conversation has already garnered huge engagement on Facebook and the entire video is hosted on the Tata Steel Kolkata Literary Meet pages. We definitely can’t wait to see this very interesting book Chaturanga get visually depicted from the same team that built the grandeur that is the Bahubali series